Nairobi's Africa Nouveau Is The Future Of Festivals On The Continent 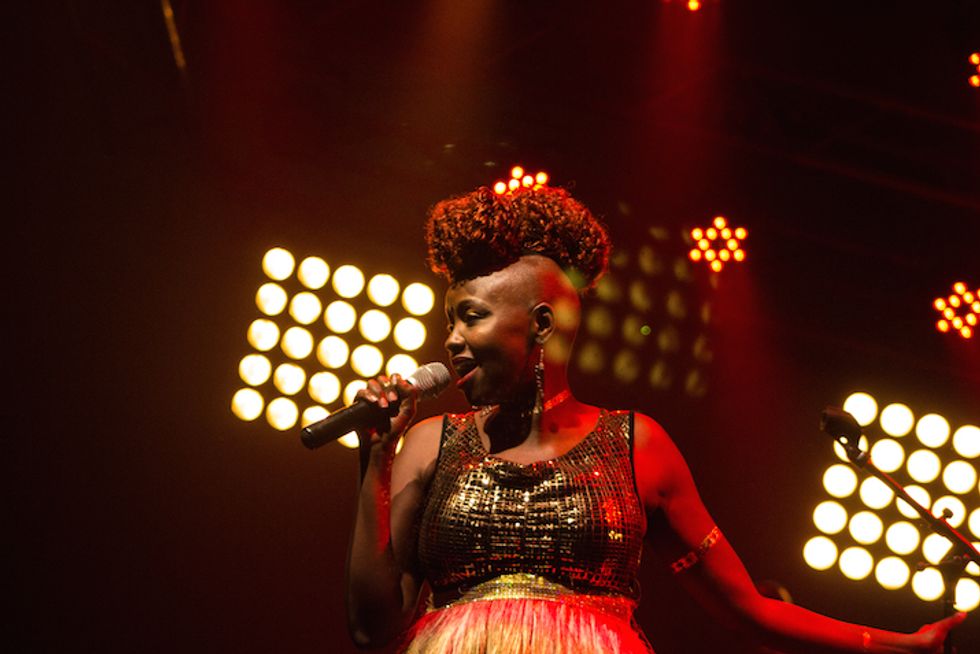 The first-ever Africa Nouveau Festival brought out Nairobi’s coolest and best-looking crowds for a weekend of music, food, art and style.

This past weekend in Nairobi saw the first edition of Africa Nouveau, a 2-day festival of music, food, art and style brought to you by the team behind Blankets and Wine. The event featured a cross-continental lineup that included 'Ancestral Soul' godfather Boddhi Satva, genre-bending South African collective Fantasma, Ghanaian hypno-soulstress Jojo Abot, kuduro pioneer DJ Satelite and Nairobi hometown heavyweights Muthoni The Drummer Queen and Just A Band, as well as Okayafrica's own stage curated by Electrafrique founder DJ Cortega.

The event brought out Nairobi’s coolest and best-looking crowds. To some, the acts were unknown, but everyone arrived ready to fall in love with something new. The audience may have known little about maskandi rhythms, but they insisted on multiple encores from Fantasma's frontman Spoek Mathambo, guitarist Bhekisenzo Cele and drummer Mike Buchanan. It was equally impossible to resist the contagious energy of Just A Band and the driving beats of Angola's DJ Satellite. From Muthoni DQ’s bangers and Jojo Abot’s love songs referencing colonial interracial relationships to the immaculate cross-genre blend of deep house, kizomba, soukous and ndombolo sounds from Central African Republic’s Boddhi Satva, these acts represent the future of music on the continent.

Beyond offering a carefully-curated live experience featuring some of Nairobi’s best food vendors and art installations — including a pop-up closet by street style team 2manysiblings — the event also had higher goals. According to their mission statement, “the festival is a socio-political gathering to express our desires for new commitments from African Governments to adopt and deliver the Global Sustainable Development Goals so as to create a new Africa that corresponds with the aspirations of the African population.” Towards this end, the festival was 60% solar powered, and featured a station where you could charge your phone by pedalling a bicycle.

In its first edition, Africa Nouveau proved itself a pan-continental channel for the social and political aspirations of young people.

Darlyne Komukama is a photographer working and living in vivid colour (and occasionally in black & white) in Kampala, Uganda. See her photos on Tumblr or find her on Instagram.

Kampire Bahana is a writer and music lover living and dancing through the streets of Kampala, Uganda. She writes at Vuga! and is on Twitter @vugafrica.