I Don't Believe in This Stuff 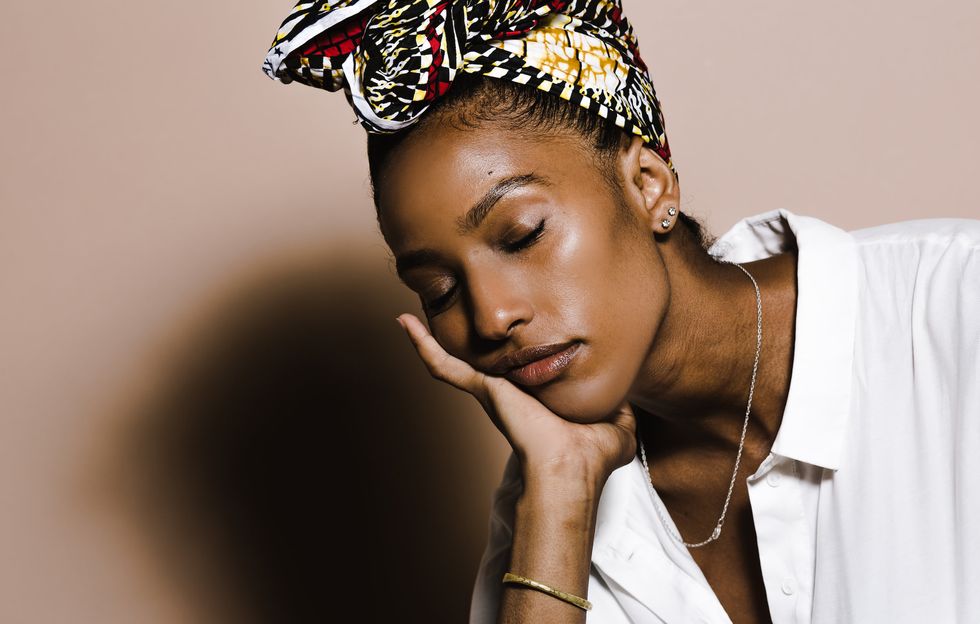 On insomnia, history and keeping your ever-present ancestors in check.

I am struck by sleep paralysis every two days or so. It happens more predictably if I take to napping in the hot afternoons. My father's people would claim the heaviness on my chest is a spirit trying to kill me; attempting to cut my ties to a world that separates it from me.

I tell myself it is because I smoke cigarettes after lunch and maybe because deep down, at some level, I feel guilty for having the luxury to nap in the afternoon or perhaps for wasting such a luxury on sleep.

I like to think of myself as a rational person, but I do not know what that means.

Except for the fact that sometimes I dream in Siswati. The thing is: I haven't spoken or heard Siswati, really, since I was 3.

But the real thing is, every time I dream in Siswati, somebody dies.

My mother's people are the Bantus of the Nguni vein: the warriors; the brothers of Zulus, the cousins of the Xhosas, the ones who were cunning enough to keep their way of ruling people in postcolonial Africa: The Swazi nation. That's if you believe one version of history. Credo Mutwa, on the other hand, believes that the Swazi people are a group of Bantus who fled from the Makgakgadi pans after they'd experienced the atrocities of slavery at the hands of the little-known venture by the Phonecians. This story is captured by the cave paintings of our friends the Khoi-San.

Even when my ancestors crawl into my dreams to remind me that they have not abandoned me—I don't believe in this stuff. But it seems this stuff hasn't stopped believing in me.

I don't know what I'm supposed to do with the dreams. I can't exactly prevent the deaths from happening. I wake up in a cold sweat, trying very hard to recall the specific Swazi phrases that were exchanged, the casualness with which they are said in my dreams is almost chilling, and still, they escape me.

When I form my mouth to mimic the clicks of my mother's language, the words evaporate right from my tongue. So how could I recount them to my uncle who I haven't seen in years? How do I warn relatives I have only met moments before their deaths in a place that only exists between neuroscience and the consciousness of centuries-old spirits?

Most importantly, why don't my Botswana ancestors ever check on me?

But perhaps they do.

I went to Rwanda in 2015 for a conference. I did not go to the Genocide museums. I could not. I also could not sleep while I was there. I took to drinking heavily in the hotel bar and speaking animatedly with whoever had the misfortune of sitting next to me.

I wanted to tire myself out with the living so that the dead could not catch me.

I cannot explain why.

Even as the sounds of Congolese musicians I had listened to my whole life played in my mind, the gumba gumba of Kanda Bongo Man, the maaama of Papa Wemba and luxurious voice of Monique Seka, I could not get out of the bus. The music had populated my dreams and my memories with my father for so long but the idea of facing the reality of its source paralysed me. So I sat in the bus.

I don't believe in this stuff. I can't believe in my excruciating insomnia when I spent a week in Washington DC at another conference in 2016. The air, though hot and humid, felt chilly and uninviting. The tortured faces of the people in that metropolis—one of the most segregated cities I'd ever seen—haunted me in my almost-dreams; that place in the night when the body is exhausted beyond redemption but the mind is at work on some complex thing, some unknowable and formless puzzle that it must solve, even at the expense of your sleep.

I cannot believe in this stuff.

'Cause once you start believing in it, honey, you can't go back.

Ancestors are a full-time job. Your entire existence, as far as I understand, hinges on the mood-swings of people you have never met. Your holidays are spent slaughtering goats and touching base with your personal traditional healer. The rage of your parents takes on supernatural powers and their grudges grip your neck like a rough, invisible fist.

You go crazy. The spite and jealousy of your relatives becomes the things they whisper to your ancestors when your head is buried in modernity. You are hunted down by every genetic anomaly your body was cursed with, no matter how small. Toothaches persist, migraines worsen, ulcers develop. Your body reminds you it is just a body, a vessel that will die soon enough and leave you to fend off your ancestors on their own turf.

So I don't believe in this stuff.

But how can anyone? My interest in this ignorance precipitated in two events.

First, I met an old woman in Swaziland who wrote books about pre-colonial Swazi cuisine. I was supposed to feel excitement—I meant myself to feel the joy of discovering something quite close to authentic. But instead I felt horror. How long had I thought of the pounded maize of my mother's family as the "traditional food" of my people? How long had I sunken my teeth into all manner of non-indigenous fruits and allowed my mind to make dangerous associations between my taste-buds and my feeling of familial joy. Too long. I was horrified by my ignorance and that of millions. It was not the finding out that shocked me but the realisation that if my own idea of traditional food was mired by colonial confusion then what else did I not understand? What else did I not know?

In Pulp Fiction, Samuel L. Jackson's character talks about the knowns, the unknowns and most interesting of the all: the unknown unknowns.

This is what the post-colonial African world feels like: the unknown unknowns. Few of us can reach towards the authenticity of past practices to ground ourselves, and even fewer of us are capable of escaping wholeheartedly into the trappings of capitalism. In both directions, our instincts tell us to be weary, to be careful, that before us, no matter what, lies the horror of the unknown unknowns.

Lastly, this dilemma brings me to a photo I once saw on Twitter: a grave in South Africa surrounded by what appeared to be the relatives of the deceased person, and the knoll was covered with soft drinks and custard and all manner of holiday foods, their glossy packaging blindingly white under the flash of the camera phone.

There was a desperation to this scene that I sensed immediately. And I do not think that was the intention at all. The people wanted merely to celebrate some event with their loved one. The desperation was not necessarily to connect with the one they had lost, but the desperation was to find some connection to a part of themselves that had known how to believe that they could.

This is my own interpretation. Yes, times change and traditions modernize, but I am terrified of modernisation built on the unknown unknowns, the horror of ignorance and the desperation for knowledge. I don't know.

All I can say is: I don't know how to believe in this stuff.