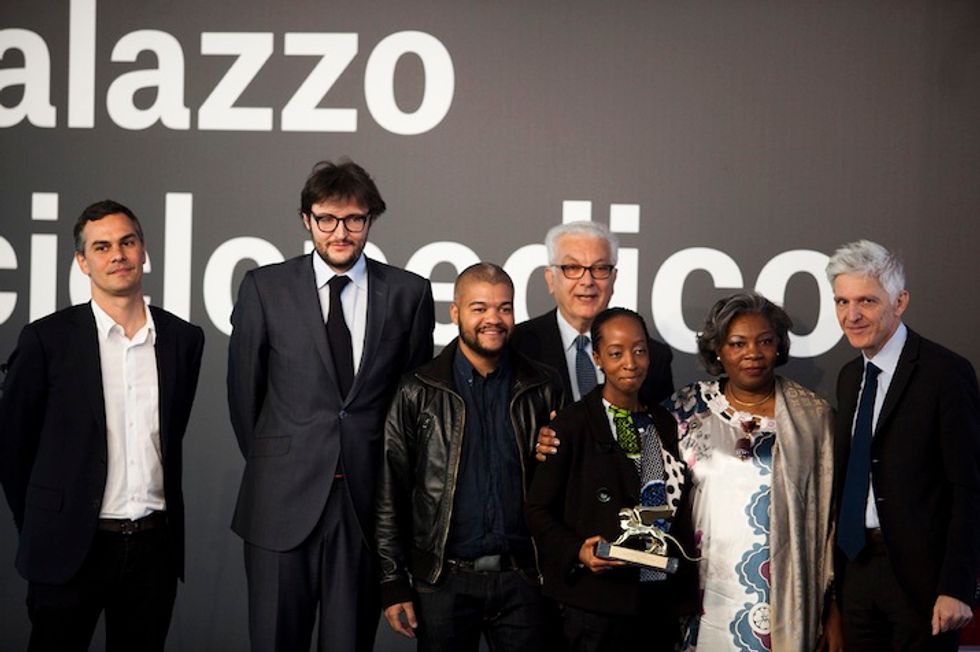 With Angola for the first time a sub-Saharan African country has won the Leone d'Oro (Golden Lion) prize for the best national pavilion of the 55th Venice Biennial. The distinction for an African national pavilion, however, has been greeted with inappropriate prejudice by ART - Das Kunstmagazin, Germany's leading art magazine. ART commented the jury's decision with the question "Angola! Where is Angola?" It claimed that hardly any visitor actually saw the work of the photo artist Edson Chagas in Palazzo Cini and speculated about "successful lobbying and networking" by curator Stefano Rabolli Pansera. The only reason which was given for these vague conjectures was the fact that Stefano Rabolli Pansera had already curated Angola's contribution to the architecture biennial a year ago. The German article is available here.

We ask ourselves what kind of "networking and lobbying" had preceded the Leone d'Oro prizes which were previously awarded to the national pavilions of the U.S., with Bruce Nauman in 2009, and of Germany with Christoph Schlingensief curated by Susanne Gaensheimer in 2011? Was there also speculation happening back then about the reasons for these successes? Were those winning countries, artists and curators maybe too established and influential so that there was no reason to worry about illegitimate manoeuvring? Are only Africans again considered prone to the cronyism and patronage which ART more stately translated with "networking and lobbying" to make it fit to the aristocratic environment of Venice's palazzos? ART dutifully speaks about detractors spreading such rumours, but the question remains why an influential German art magazine provided ample space for vague suppositions by obviously resentful competitors.

ART is issued by the largest German publishing house Gruner & Jahr which itself belongs to the media conglomerate Bertelsmann. It's primarily financed by advertisements of major galleries, museums, art fairs and auction houses and it would be very interesting to find out which hidden agendas ART is pursuing with its lopsided coverage of Angola's success in Venice. Maybe some disappointment about the showing of its own major business clients during the event in Venice played a role as well. The article was written by Ute Thun who calls herself "Senior Editor" at this magazine. Ute Thun mocked the choice of Angola's national pavilion to mirror the motto of the main exhibition "Encyclopaedic Palace" by calling the Angolan presentation ""Luanda - An Encyclopaedic City", instead of ignoring the main exhibition's theme as allegedly all the other national pavilions did. The question: What is wrong with picking up and variegating the main exhibition's motto? Does it mean that the artistic quality of Angola's contribution is inferior just due to its decision to artistically interpret the Venice biennial's central theme? Or does she want to tell us that the other national pavilions’ decision to deliberately ignore the main exhibition's theme proves their independence and intellectualism?

All in all, it's somewhat disappointing to see Ute Thun's narrow-minded, almost stereotypic viewpoint on this year's winner of the Leone d'Oro contrast with the magazine's aspiration to cover the art scene from a global perspective.

Safia Dickersbach, an art market practitioner, born in Dar-es-Salaam, Tanzania, currently based in Berlin, Germany, is the Public Relations Director of Artfacts.Net, a British company which is the leading online database for modern and contemporary