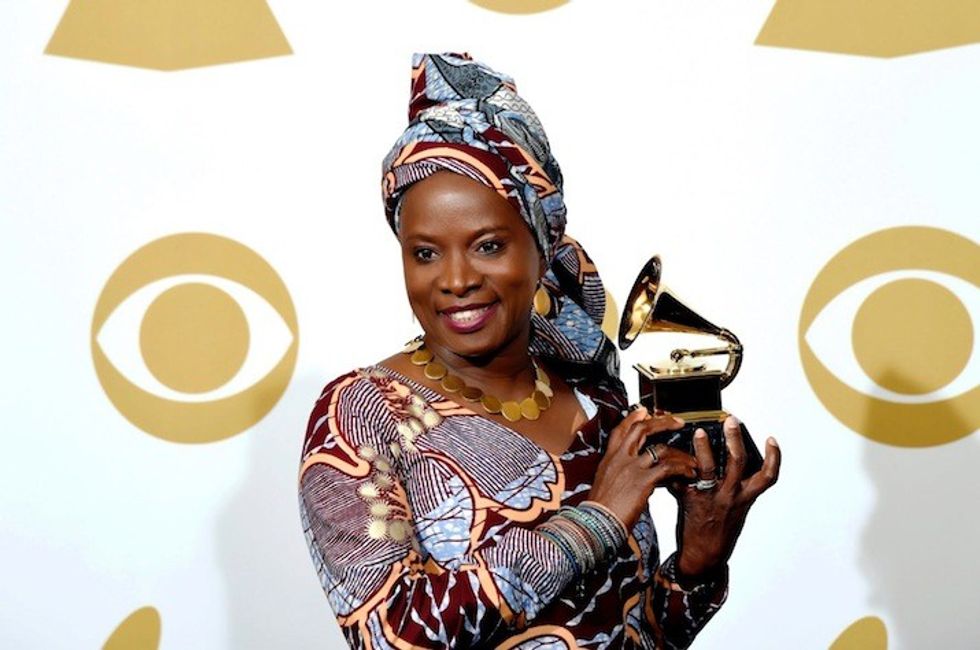 The 2016 Grammy nominations have been announced and a few of our favorite artists have made the cut.

Renowned Beninese singer and activist, Angélique Kidjo, is once again nominated in the “Best World Music” category for her album Sings. Kidjo took home the award last year–with an exceptionally graceful speech—for her album EVE and also in 2008 for Djin Djin.

South African all-male chorus Ladysmith Black Mambazo are also contenders for the “Best World Music" award for their album Music From Inala. This is the group’s 16th nomination in a career that has spanned over 50 years. Their most recent win was in 2013 when they received the award for their album Live: Singing For Peace Around The World. The Zomba Prison Project, an album conceived of by American writer and producer Ian Brennan (Tinerwan, TV On The Radio) and comprised of recordings by prisoners at the Zomba Central Prison located at the border of Malawi and Mozambique, is also nominated in the category.

Though we’re excited for the nominees, we’re still side-eyeing The Grammys’ continued use of ‘World Music’ as an all-encompassing tag for all non-Western music of blatantly different genres. One in which, this year, Kidjo and Ladysmith Black Mambazo are placed in the same category as Gilberto Gil’s samba album and Indian sitar player Anoushka Shankar.

However, African artists have been nominated in other categories as well. Rocky Dawunibecomes the first Ghanaian to be nominated for “Best Reggae Album” for his latest project Branches of the Same Tree. The “African Thriller” singer expressed his elation about the monumental nomination to Accra’s Starr 103.5FM radio station, “it’s a good day for Ghana and Ghanaian music” exclaimed the musician.

Nigerian-American singer Jidenna, earned his first-ever nomination for his hit single “Classic Man.” The song is up against records by Nicki Minaj, Kendrick Lamar, Common and others for the title of “Best Rap/Sung Collaboration.”

Check out some of the nominated songs and albums below and tune in on February 15 to see which of Africa’s star musicians take home golden gramophones at the 2016 Grammys.