The Second Part of 'Malika: Warrior Queen' Is Here 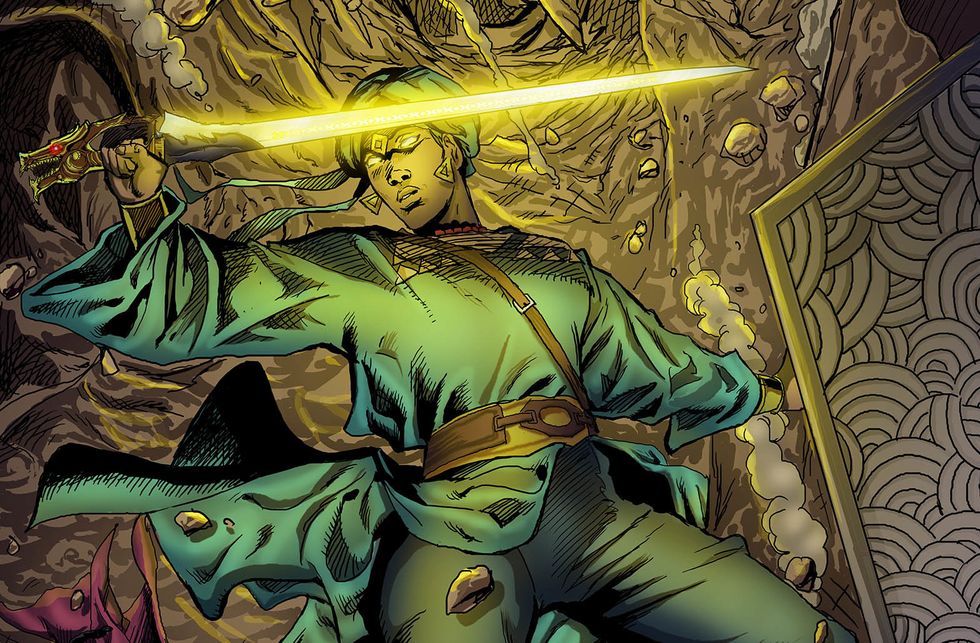 Your favorite pre-colonial African superhero is back.

Back in 2016, the news surrounding YouNeek Studios' debut of Malika: Warrior Queentook the internet by storm. Part two of the 15th century-set epic story returned this week to the YouNeek YouNiverse.

In Malika, you'll continue to follow the warrior queen and military commander who struggles to keep the peace in her ever-expanding empire. Read more from the synopsis below:

Growing up as a prodigy, Malika inherited the crown from her father in the most unusual of circumstances, splitting the kingdom of Azzaz in half. After years of civil war, Malika was able to unite all of Azzaz, expanding it into one of the largest empires in all of West Africa. But expansion would not come without its costs. Enemies begin to rise within her council, and Azzaz grabbed the attention of one of the most feared superpowers the world has ever known: the Ming Dynasty. As Malika fights to win the clandestine war within the walls of her empire, she must now turn her attentions to an indomitable and treacherous foe with plans to vanquish her entire people.

The story takes place in the same universe as the E.X.O. series, roughly 500 years before the events of Lagoon City.