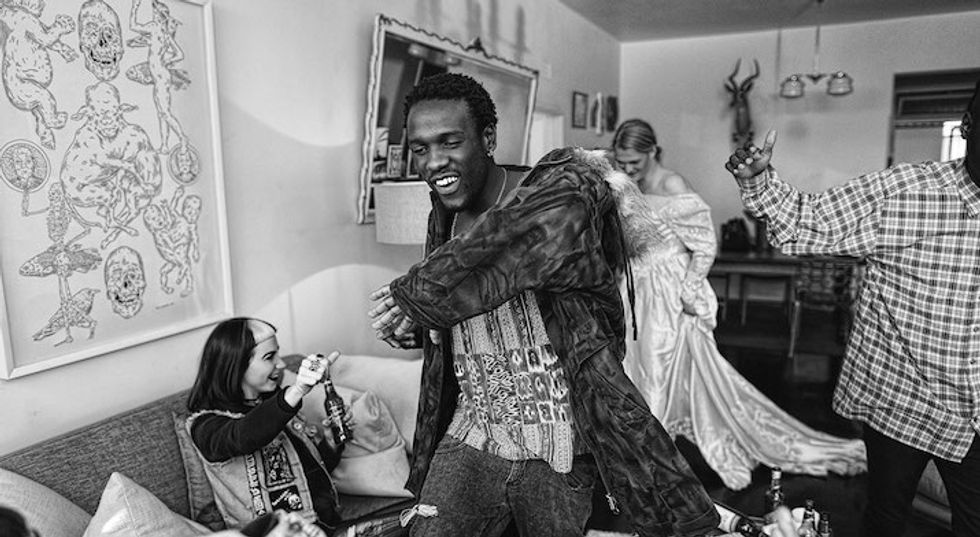 Okayafrica staff and contributors weigh in on 2015's best films from Africa and the diaspora.

It’s been a big year for film here at Okayafrica. We spent this December deep in reflection, hashing out our cinematic highlights from across Africa, the diaspora and, yes, even Hollywood.

2015 began with the Sundance premiere of a documentary on the ‘Father of African Cinema’ Ousmane Sembène. Rwandan filmmaker Kivu Ruhorahoza’s experimental masterpiece Things of the Aimless Wanderer also made its world debut in Park City.

In February, Mauritanian director Abderrahmane Sissako’s Malian drama Timbuktu—one of our favorite films of 2014—was deemed the big winner at the French film industry’s Oscar equivalent, the César Awards. In May, Yared Zeleke’s Lamb became the first Ethiopian film to make it to Cannes as an official selection. Five of the UK’s leading film festivals paid homage to African love stories throughout October and November, like the 2014 Kenyan LGBT anthology Stories of Our Lives.

Selma director Ava DuVernay advanced her work towards closing Hollywood’s gender and race gap. Her grassroots film collective relaunched as Array with a double theatrical release: the South African girl-power story Ayanda and the Liberian migration drama, Out Of My Hand.

The short film continued to captivate in 2015. On this site, an animated exposé on young African girls and colorism and and the fantastical story of a band of superhero Orishas making its online debut were among our most popular stories of the year.

But perhaps the biggest story of them all was on Netflix, where Beasts of No Nation made history as the first original film for the streaming service while also serving as a touchpoint for Okayafrica readers around who gets to tell African narratives and how. Of course, these are just a few highlights from a year that also yielded an Ethiopian post-apocalyptic sci-fi film and a Tuareg reinterpretation of Prince’s Purple Rain.

In the following pages, Okayafrica staff and contributors weigh in on the 15 feature-length films and documentaries that stood out most this year. Here they are listed in no particular order.