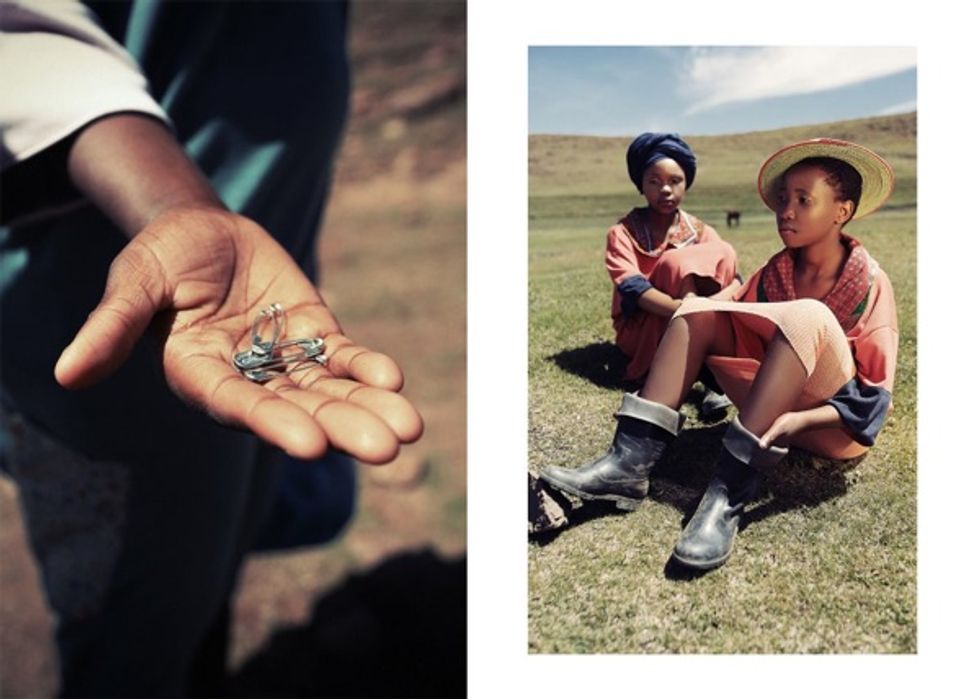 All photography by Kent Andreasen.

The Ninevites Gang – made up of Nkuli Mlangeni, Uma Ramiah and Leila Khalifa – derive their moniker from a legendary quasi-military band of robbers which wreaked mayhem on the streets of Johannesburg during the late 19th and early 20th century. Led by the young Zulu migrant Muzephi “Nongoloza" Mathebula who had journeyed to the mining town from the countryside in search of wage labour, The Ninevites styled themselves as a gang of anti-establishment outlaws; taking their cue from the biblical story of the city of Nineveh which rebelled against God. “I selected that name for my gang as rebels against the Government's laws," Nongoloza latter recounted after his capture.

The legend of Nongoloza and his posse of robbers, entangled as it is with myth and fact, provided the intellectual spark for The Ninevites Gang's first showcase Same Old Shirt Collection. Rebelling against the aesthetics of high-end glossy magazines the trio, in their own words, have stolen the classic t-shirt design and “made it bigger, shapeless, […] updated the fabric and added details to turn it into something fresh".

Cape Town-based 30-year-old designer Nkuli Mlangeni said for months she had been mulling on the idea of a limited T-shirt range inspired by Basotho blanket graphics. “I started spending too much time in fabric shops and that's where I discovered a whole lot of other cool stuff and started toying around with different ideas" she said; “and the next minute I was on my way to Lesotho with a crew of people, the rest of the Ninevites Gang together with filmmaker Johno Mellish and photographer Kent Andreasen, going on a fashion documentation mission". The rest, as they say, is history. See more pictures below.