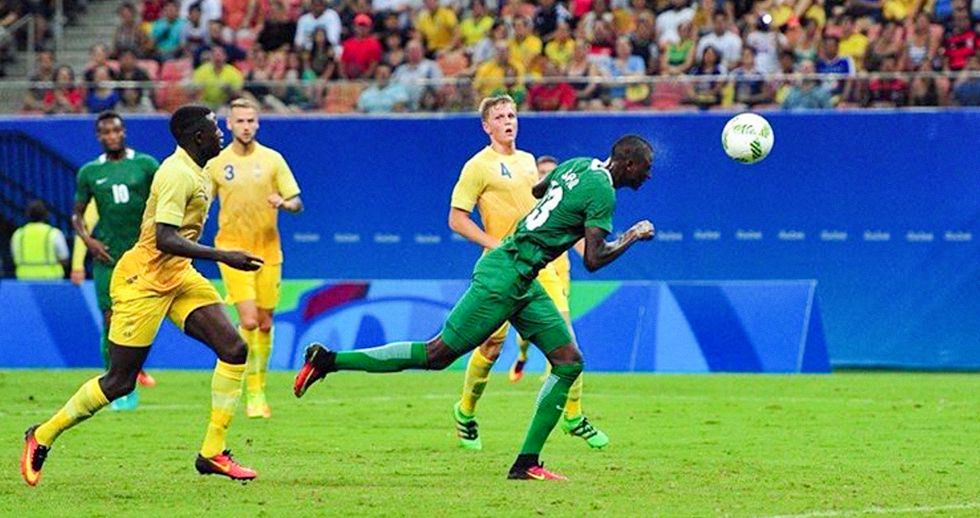 As the Rio 2016 Olympics games steam ahead, we'll keep tracking the African teams in the Men's and Women's Football competitions.

As the Rio 2016 Olympics games steam ahead, we'll keep updating this article on the progress of the African teams in the Men's and Women's Football competitions.

Bafana Bafana started out with a strong performance in which they held Brazil in a 0-0 draw, further increasing the pressure on the hosts after a World Cup that they’d rather forget.

The South African team then lost to Denmark 1-0 in their second match which currently leaves them at the bottom of Group A.

They have to beat Iraq on their last game and hope that Denmark take a win over Brazil for a chance at going past the group stages.

The Dream Team—Nigeria's nickname for their under 23s—were the first team to qualify for the quarter finals stages of the Men’s competition.

Their Olympics had a rough start though, as they were stranded in Atlanta less than a day before their opening match due to a booking and payment issue with their airline. Nigeria sports minister Solomon Dalung has since apologized for the incident.

They only arrived in the city of Manaus six hours before their opening match against Japan—but that didn’t seem to affect them—as they currently sit on top of Group B after beating the Asian nation 5-4, with four goals from Etebo, and then handing Sweden a 1-0 defeat.

Captain John Obi Mikel and the team are looking sharp and will have their sights set on a repeat of Nigeria's gold back at the 1996 games, in which they became the first African nation to win the top football medal.

Their last group stage match is against Colombia on August 10, after which Nigeria will know their opponent in the first knockout stage.

Les Verts were eliminated from Group D after defeats to Honduras and Argentina. They face new European champions Portugal in their last match, in which they could still grab a conciliatory win.

Banyana Banyana’s first match of Rio 2016 saw them lose 1-0 to Sweden. Another loss to the strong Chinese team left them eliminated from Group E.

The team stood tall in their last game, holding Marta's Brazil at a 0-0 tie.

Zimbabwe's women's team made history going into the Olympics, as Rio 2016 was the team’s first competition at a global stage. After a 6-1 loss at their opening game against Germany and a second defeat to Canada, Zimbabwe haven’t made it through Group F.

This post will be continuously updated as new results come in.