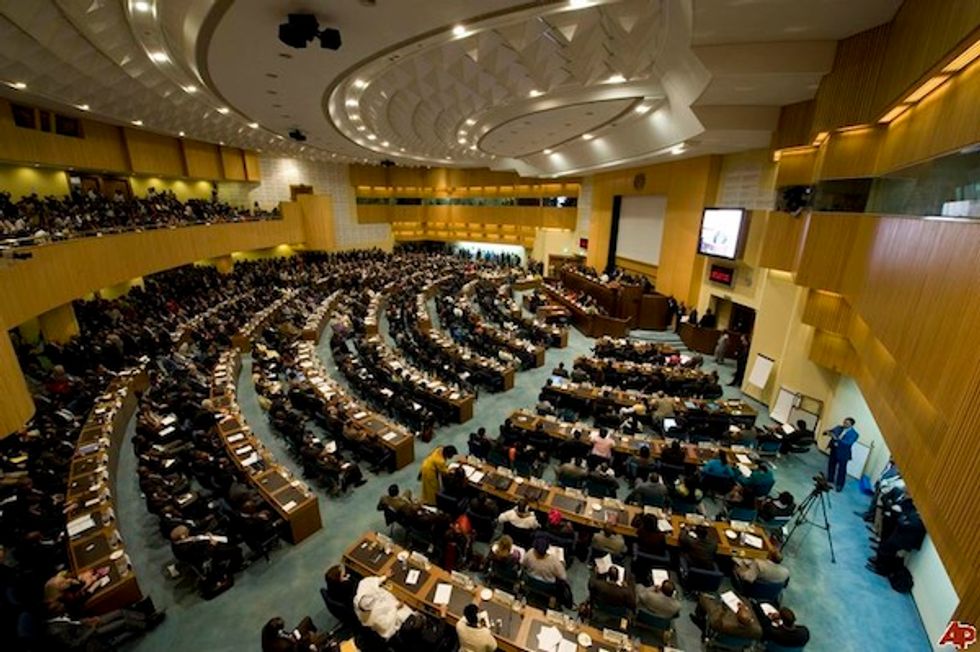 All of the African delegates invited to the African Global Economic and Development Summit, this weekend in Los Angeles, were denied visas into the country.

The African Global Economic and Development (AGED) Summit took place this weekend at the University of Southern California in Los Angeles. The annual conference is intended to be an event where business leaders from Africa and the United States meet to discuss economic strategies. This year's turnout was noticeably different, however, as there were no Africans in attendance at the meeting.

Whereas in previous years, around 40 percent of delegates were denied visas, this year, no visas were granted in the days leading up to the summit says Mary Flowers, chair of the committee. According to Flowers, "around 100 guests, from 12 different countries, including Ethiopia, Ghana, Guinea, Nigeria, Sierra Leone, and South Africa, were unable to attend."

"I have to say that most of us feel it's a discrimination issue with the African nations, we experience it over and over and over, and the people being rejected are legitimate business people with ties to the continent," says Flowers. People on the ground where given interviews that lasted only two minutes and were asked random, unrelated questions such as how old their children were. There seems to have been no real plan to grant visas in the first place, as people were denied immediately after completing interviews, Flowers told OkayAfrica.

When questioned about the sweeping rejection of African visitors, The State Department responded that they could not comment on individual cases, reports Indy 100.

Though it's unsettling that a meeting focused on the economic affairs of the continent could occur without any African representatives present, it's certainly not the first time that something like this has happened—which is perhaps what's most alarming.

?? please tell me what was accomplished w/o representation?! Reminds me of another meeting held about Africans...w/o Africans #Colonizationhttps://t.co/6zkghzT8bG

@ava@indy100 Let's be honest, wouldn't be for first time The west has made decisions about Africa without Africans ?