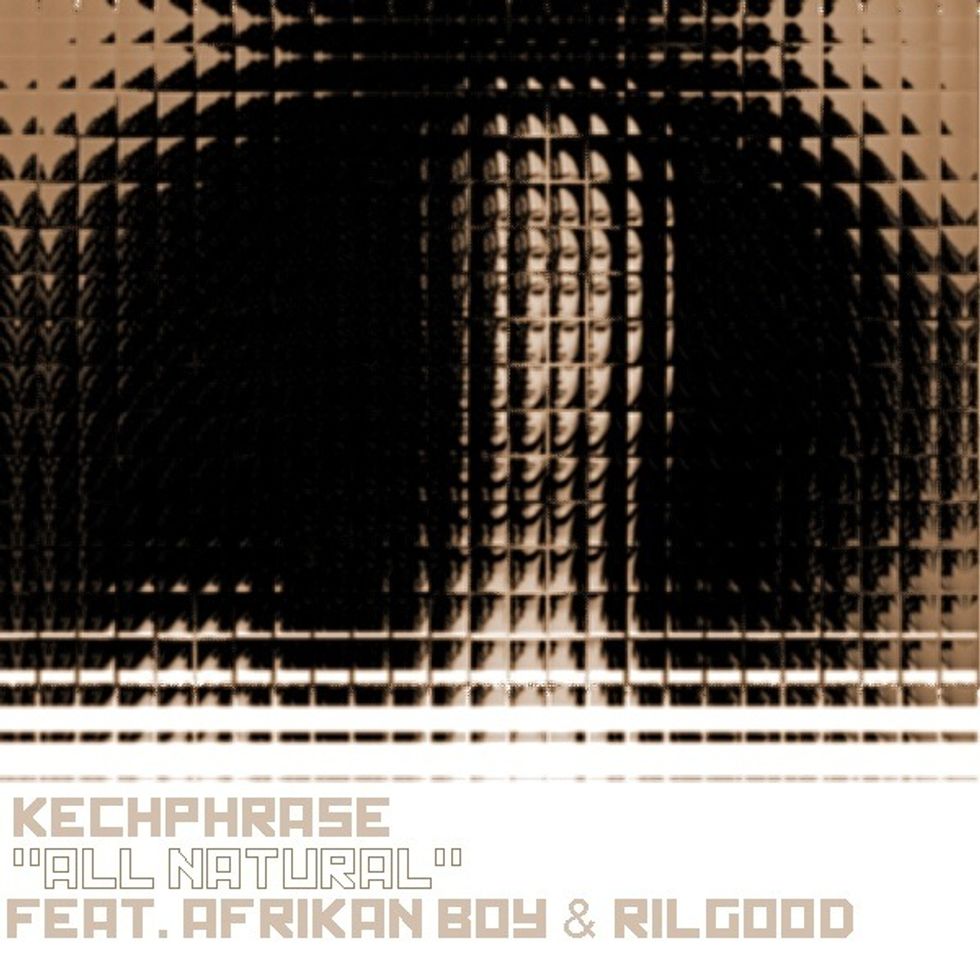 Hear a new track from Nigerian/Chicago rapper kechPhrase with Afrikan Boy and Rilgood, plus read about his work with former Das Racist emcee Kool AD.

There are a lot of things we don’t know about Veehead, the “label” Victor Vasquez (better known as Kool AD, formerly of Das Racist fame) has founded — including whether or not it can even be called one. What we do know, however, is that a very talented young producer by the name of kechPhrase has been releasing his material through the imprint, and based on what Okayafrica has heard so far, we are definitely on board with what they have going on. kech has given us the premiere of a track from his upcoming self-produced album, Green Card (due in April) and we also chatted with maybe-label head Kool AD to discuss the project.

Spending his days currently enrolled as a student at UPenn, kech (known to his parents as Ikechi Nnamani) has produced tracks for labels such as Mad Decent, Amalgam Digital, and Dame Dash’s Creative Control channel (while not being super studious, of course). Green Card finds the young artist exploring his Nigerian roots through the lens of his first musical love of 90s hip hop, melding that classic boom-bap sound with influences from the aural landscape of his father’s native Nigeria. His beat tape series, The Kechstrumentals: Live From Nigeria was recorded entirely in his father’s village and mixed in his Philly dorm room. Kool AD describes kech’s work as “oceanic and rewarding,” but perhaps the unusual recording backdrop can help explain. Speaking on the experience of recording in such a non-traditional manner, kech reveals how recording in his father’s homeland helped craft his sound, “I'd wake up early in the morning, bring out my MacBook and my keyboard as well as CDs of 70s samples and just get to work while overlooking nothing but the beautiful scenery Nigerian cities have to offer.”

Despite the confusing “what-is-it-actually” status of Veehead, the premise behind Kool AD and kechPhrase’s relationship is simple. “I have creative control over everything that I do, and if Kool likes it, we try to get it out to listeners with the hopes they receive it well,” explains kech; although Kool himself takes even less credit than that: “Ikechi hit me up, sent me beats and tracks. I liked them, and then he was like, ‘Let me be on Veehead, so I sent him the photoshop file.” The duo has released music together previously on a number of occasions, including the well-blogged “Brobama” track dropped during last year’s presidential election.

In addition to working with Kool, Green Card showcases kechPhrase's ability to collaborate with other rappers, including newcomer Rilgood and London-based Afrikan Boy on a track called “All Natural.” Both of Nigerian descent, Afrikan Boy addresses the responsibility of young artists such as himself and kechPhrase to present new images of Africa through music. “It's very important to me to represent a more progressive vision of Africa, but it's more important to me to tell the listeners about current issues and what needs to change concerning Africans today.” The song sends a message of self-love to women, a goal kechPhrase tells us was an intentional move - “not depicting women as objects but rather goddesses, which I feel is quite rare in hip-hop.” Another track, “Nigerian Dreams,” is a self-described nostalgic take on kech’s view of the Nigerian “past, present, and personal experience.” Okayafrica has the exclusive drop of “All Natural” above, so be sure to listen and stay tuned for more info on Green Card when it releases this spring - and you’re welcome in advance.