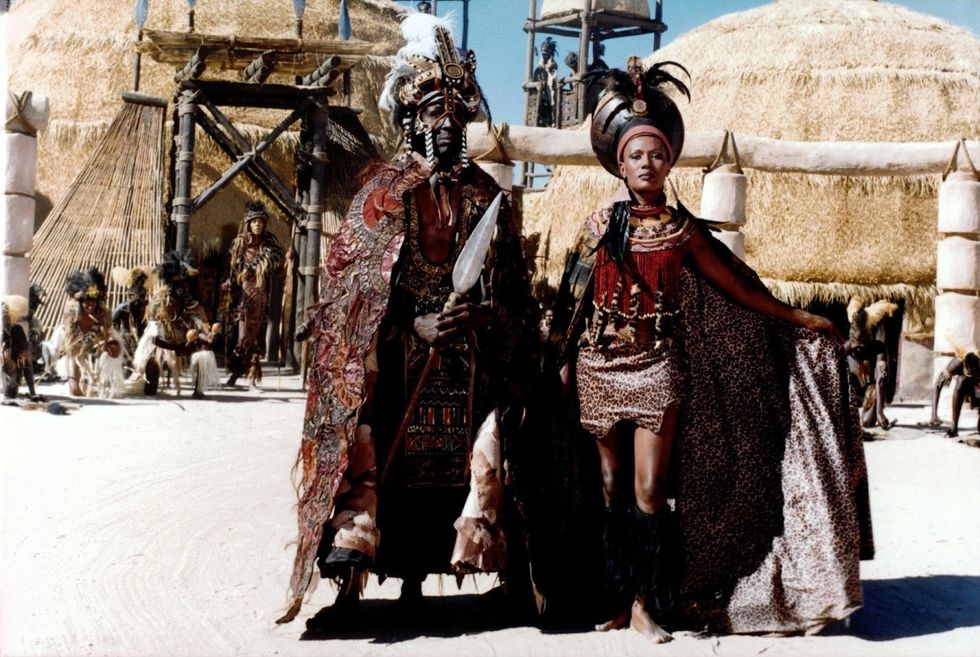 I remember watching the movie Invictus and being in awe of the history of our country and how something as relatively simple as a rugby tournament could unite an entire country—a divided and wounded country. South Africa had just witnessed the release of Nelson Mandela, the first democratic elections and his inauguration as President of the country. That is the power of film and television - its ability to narrate richly diverse stories. And so I figure there is no better way to take a walk down memory lane and reflect on our past as a country than with a few of the best films and documentaries currently on Showmax.

The Zulu people are an immensely proud tribe in South Africa and this is largely to do with one of their greatest warriors and kings, Shaka Zulu. You know, Zulu people get a bad rap sometimes for expecting every South African to learn their language while not doing the same in return. However, as you watch this film, you begrudgingly see why. It tells the story of King Shaka and his war against the white settlers. It's an extraordinarily powerful narrative. I had chills down my spine at Henry Cele's portrayal of the great Zulu king. Do yourself a favour and give it a watch. You will not be disappointed.

The Boers at the End of the World

This documentary tells the story of a small group of Afrikaners who moved to Patagonia almost a century ago following the Anglo-Boer War (or South African War), a key event in South African history. It concentrates on the story of the descendants rather than the story of their ancestors. We see how the small community of Afrikaans speakers is dwindling as the later generations marry into Spanish-speaking Patagonian families. It is a wistful documentary telling a story of nostalgia rather than anger or bitterness at the imminent loss of a culture and heritage. Definitely a must-see.

Set in apartheid South Africa, this a hauntingly beautiful and multi-award winning short film that had me wiping away tears at one point. It follows the story of a family of three that is torn apart when the father mysteriously disappears one night. His son, a young boy then, grows up believing the very worst of his father, that he had walked out on him and his mother. After finding work at a maximum security prison in Pretoria, the son, now a young adult, learns that his father is a prisoner there and is soon to be put on death row. This is a story of tragedy, turmoil, redemption and the power of love and relationships. I didn't realise I was holding my breath until the film ended - an incredibly powerful production that is not to be missed.

This is a stunning biopic on the life of the stalwart and anti-apartheid veteran, Winnie Madikizela Mandela. It focuses on the courtship and eventual marriage between her and Nelson Mandela - a part of the story which admittedly has become rather sidelined in the greater story that was the couple's contribution to the liberation of black South Africans from apartheid. It explores, though not in depth, the controversies that plagued Winnie during her years in the Struggle as well as what her relationship with Nelson Mandela looked like following his release from prison in the 90s. A production guaranteed to be worth your while.

Afrikaans for 'heartfelt', this movie tells the remarkable story of how Chris Barnard performed the first heart transplant ever, right here on home soil. It is an absolutely goose-bump inducing film set against the backdrop of a difficult time in South African history - apartheid. While it doesn't really highlight the crucial role of Barnard's assistant, Hamilton Naki, it does a pretty good job of bringing to the fore what has since been dubbed as 'history made in a heartbeat' within its short 70-minute runtime. Give it a watch.

There's a 14-day free trial for new users and DStv Premium subscribers get Showmax at no cost and DStv Compact and Compact Plus get Showmax for R49. Sign up at Showmax.com