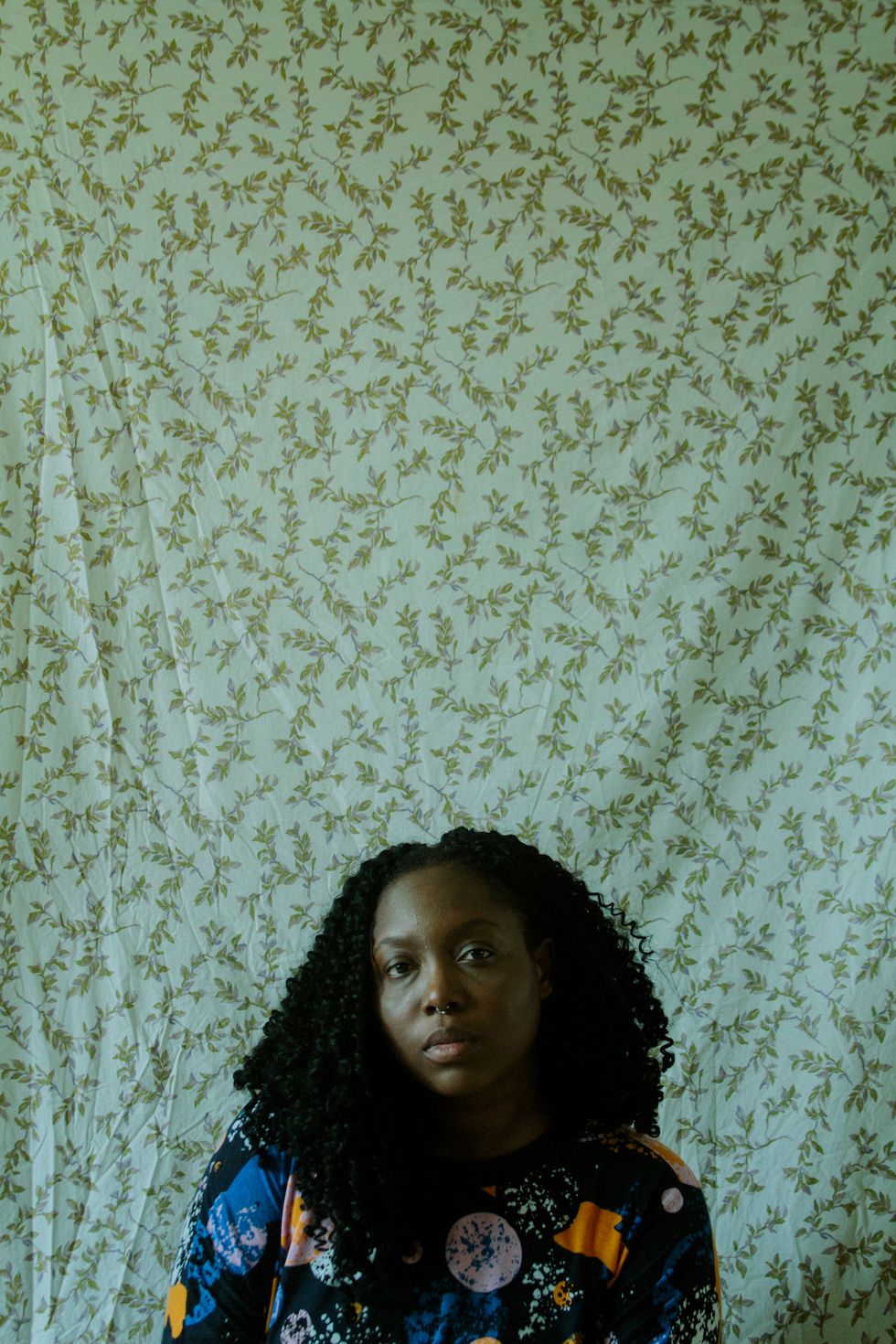 Alternative African artists like Ria Boss have found a new use for nostalgia, utilizing it to create new memories among fans.

Contemporary African music has always been inspired by ingenuity. Through history, our people have developed dynamic sounds to match their dynamic life experiences. From early musicians tinkering with local rhythms with brass band instruments to create the core of highlife music (the grandpa of your favorite afrobeats jam) to the use of low budget synthesizers by Ghanaians in Europe to subvert the cost of booking session musician to create burger highlife.

Today however, more and more young musicians seem to be moved by the sound and aesthetic in analog music recording as they piece together their sounds for the future—from the use of low fidelity audio to 8-bit animated music videos and chopped up highlife samples from the '70s and '80s. There seems to be a renaissance of sorts where the past is providing a solid base for an artist of the present to sculpt the future. It is especially fascinating when you notice how memory or nostalgia, paired with analog sound signatures, are being used to trigger very precise emotions in listeners.

A great place to begin in understanding how aged technology plays in modern music produce is with "lo-fi // experiments vol. 1", a three track EP released last year by Ghanaian soul singer, Ria Boss. This project, which essentially is a demo, dropped in November 2018 and was a marked shift from the artist's critically acclaimed debut record, Find Your Free, where she crafted songs to aid healing and guide people towards personal freedom, whatever that might mean to them. On lo-fi // experiments vol. 1, Ria Boss looked for freedom in her creative process than anything else. "When I created for lo-fi, all I had to think about was my voice and my songwriting. I knew there would be minimal mixing and in that regard it made me push myself harder vocally", Ria Boss tells me as we correspond about the process behind creating that project.

The tape opens with a vocal sample from a young girl reminding young black children of their freedom before the hollow yet dense and heavy song, "expriment 1 - healer" begins to play. Ria's big, serenading voice basically re-echoes the sentiments shared on the sample in one succinct verse. The minimal production of lingering piano lines and stacked vocals offer the artist the basic template on which she builds the frame of her stories by just singing. "Like on 'experiment 3 - nirvana,' I belt sang, I allowed myself to sing freely not caring whether there would be clipping in the microphone."

The next song, "experiment 2 - juice + lovers mantra," is sobering and haunting yet soulful with a repetitive phrase that hypnotizes listeners and the final cut, "nirvana.," demonstrates her ability and courage to allow her voice to be powerful, granting the music permission to exist unconventionally. Ria says, "I did 'lo-fi // experiments' as a gift to myself, a moment for me to reconnect to my roots, to reconnect to that feeling I spoke of earlier, raw, rough, unplugged… real. To give my fans a glimpse into an unfiltered side of me. It was also to prove to myself, that I have all the tools within me to create the sounds and visuals I hear and see in my head, it was a step in my healing, to remind myself of my power."

This experimental use of arresting vocals and bewitching songwriting completely diminish the low fidelity of the music and rather makes it more unique. A demo tape released in the age of high-quality lossless audio streaming reminds us all how messy and warbly the creative process can be. The low fidelity sound on this record also extends beyond aesthetic as to become empowering. This sonic aesthetic for older music heads is reminiscent of the age of mixtapes; where we could curate and create our own musical worlds with a cassette tape. These memories are activated when you hear this body of work. It further solidifies the power in independent production across any art form. When asked if the lo fi sound offered her an edge as an independent artist or whether this gift to herself was more about the ability to create without limitations, Ria replied; "It's definitely more about the ability to create without limitations, the ability to just…. create. I'm excited at the possibility of stumbling into life changing work, just because I allowed myself the freedom to create with no restrictions at all."

For an independent artist in this same musical world, lo-fi // experiments vol. 1 is proof of the ability to use what you have to tell the honest story you want to share. Despite it being a demo tape, she is still able to create a complete story arc across 3 different songs in under 10 minutes. The project is a mixture of the mood of the old and the stories of the new and perfectly sums up how emotions are activated by such retro inspired sound.

This phenomenon seems be be a growing subculture, mainly prevalent in the African alternative music scene.Lady Donli, WavyTheCreator, Odunsi and other Nigerian artists similarly weaponize memory and nostalgia in a different way in their work. Like most subcultures, it extends beyond music to personal style and creative direction. These artists despite some of their work making them feel like a retro act, the music is still consistent with the present time. The nostalgia of the sound and styles melts with the urgency of the narratives of the present. Depending on where and when you grew up, you are transported back in time to relive the memories and form new ones as well. In this way, alternative African musicians have found a new use for nostalgia, easing it to create new memories among fans.