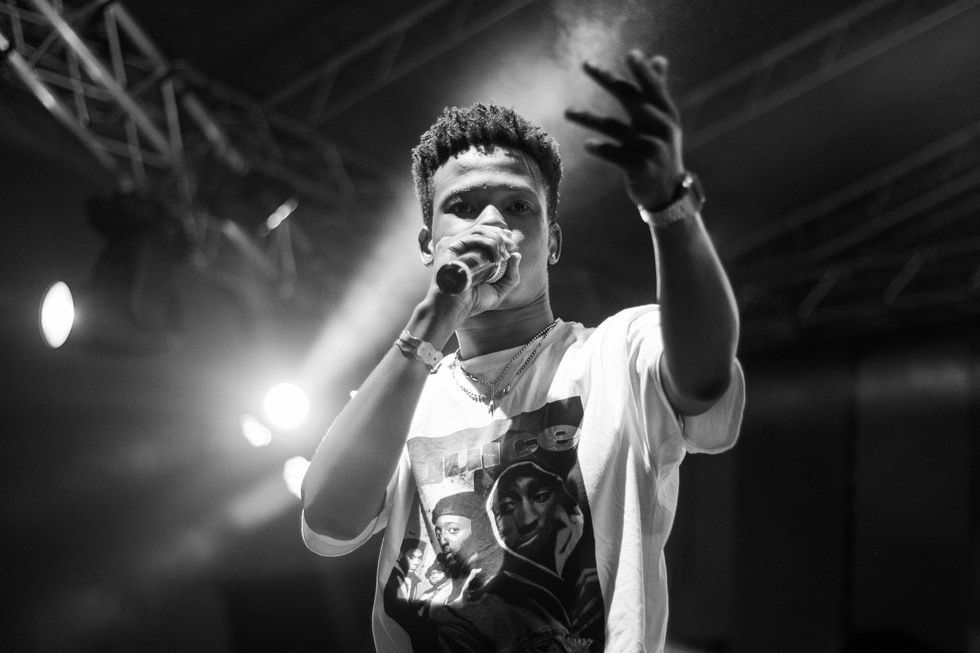 The best music of the week featuring J Hus, Nasty C, AKA, and some throwback gems.

South African rapper Nasty C is gearing to release his sophomore album Strings and Bling. He just released two new singles today. One is titled "Jungle," and the other, which features A$AP Ferg, is titled "King." On both songs, Nasty C impresses with quotables and his ever-solid delivery.

J Hus returns with his first release since 2017's Common Sense, and he does not disappoint. His latest, Big Spang—which he dropped last night—is a three-track rollout featuring the tracks "Dark Vader," "Scene" and "Dancing Man." It's brief, but offers a full listening experience nonetheless, with J Hus effortlessly switching up the production and flow with each transition.

Kanye West released his latest album, Ye, last Friday following a seemingly-unending and highly controversial build-up which culminated at a listening party session in Wyoming. A look at the album credits reveals that its second track, "Yikes," contains the use of lyrics and composition from Kenyan artists Ayub Ogada and James Mbarack Achieng.

Though they haven't spoken in 10 years, Ogada and Achieng were part of the 1970s Nairobi group Black Savage. Their vocal parts and melodies from the 1976 track "Kothbiro"are sampled in Kanye West's "Yikes." The two artists had no idea that they're music had been used in Ye.

Everyday People's DJ Moma and Moniki put together this Afro-Baile playlist exclusively for OkayAfrica. It plays like perfect cross-Atlantic musical bridge between the afrobeats sounds of West Africa, the baile funk of Brazil and everything in between. "This playlist is inspired by the music that Moniki and I play consisting of African and Brazilian music which is our roots," Moma mentions to us about the selections.

Adekunle Gold's highly-anticipated sophomore album, About 30, just dropped last week. We've now got an exclusive for you from the album, the brand new music video for album highlight track, "Fame," which was written in 2017, his team tells us. "Adekunle often said writing is a form of catharsis for him and this song was born out of a feeling of being outwardly successful yet still not internally happy. The reward and the healing finally came with putting those words to paper and then melody."

With just 10 days away from the release of Touch My Blood, his third (and last) studio album, AKA releases the visual for "Starsigns." The song, which features veteran rapper Stogie T, is one of the six songs from Touch My Blood which are currently available. "StarSigns" was releases in January and ruffled feathers because of the jab Stogie T throws at Cassper Nyovest and Riky Rick, and AKA's line about South African rappers sounding American.

Remy Baggins is a 22-year-old singer and producer based in Lagos. Eri Ife is a fast-rising singer-songwriter from the afro-alternative scene. Their collaborative EP YLLW is a glorious illustration of what happened when these two Lagos prodigies finally linked up.

Sirens of Lesbos "We'll Be Fine"

Swiss born Sudanese-Eritrean sisters, Jasmina and Nabyla Serag, along with Arci Friede, Melvyn Buss and art director Denise Haeberli, are launching a diverse and fresh label named after their band, Sirens of Lesbos. The group christens the label with its new single, "We'll Be Fine," a soulful melodic pop experience that incorporates reggae beats with compelling lyrics that will induce island feels.

"Taban Ahwak," is yet another funky, jazzy, Sudanese-sound inspired track from Kamal Keila that must be heard. Habibi Funk Records is re-releasing another jewel from Kamal Keila's album, Muslims and Christians, and we're excited to be premiering it here for you to revel in with us.

Jupiter & Okwess is a Congolese group fronted by Kinshasa's Jupiter Bokondji. The afrofunk band is looking to take the DRC's musical heritage into modern times with their sophomore album, Kin Sonic, which features contributions from Damon Albarn of Blur/Gorillaz, and members of Nick Cave's Bad Seeds and Massive Attack. We premiered the band's psychedelic new music video for "Nzele Momi."