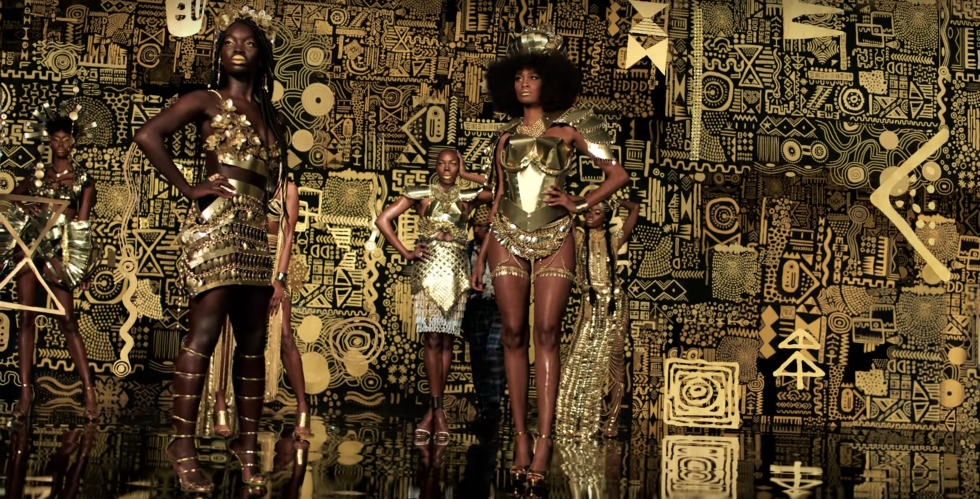 Screengrab from Kendrick Lamar & SZA's "All The Stars."

Kendrick Lamar & SZA "All the Stars" for 'Black Panther'

Kendrick Lamar and SZA's incredible video for "All the Stars," the lead single from the TDE-produced Black Panther soundtrack finds a way to touch on all corners of the African continent—from Congolese sapeurs to kente from Ghana.

Read about all of the video's African references here.

Ibeyi are the latest artists to appear on NPR's Tiny Desk concert series. The French-Cuban duo performed stripped down versions of four of their songs including "Oddudua," which the twins sing in Yoruba, "Deathless," "Valé," and "Transmission/Michaelion," from their 2017 album Ash.

LeriQ & Odunsi the Engine "Start All Over"

Nigerian producer and songwriter LeriQ—the man behind the beats on Burna Boy's solid debut albumL.I.F.E - Leaving an Impact for Eternity and his Redemption EP—teams up with Odunsi for this ultra smooth Nigerian R&B jam, "Start All Over."

"Start All Over" is available now from Okaymusic.

"Lover," the new single from Kenya's Muthoni Drummer Queen, is a buoyant, synth-lead anthem that tells the story of a proud and unapologetic transgender woman who, as Muthoni's team writes, "is experiencing the power and beauty of womanhood while basically having the sex of her life."

UK-based Ghanaian artist Kobi Onyame links up another fellow Ghanaian, Wanlov the Kubolor of FOKN Bois fame, for a hazy trip through the mountains of Ghana in "Still We Rise," a song about staying on your grind.

Nigeria's Patoranking showcases the ever-growing influence of South Africa's gqom in the new music video for his single, "Available."

Cameroonian diva Montess comes through with "Ma Booi," an addictive, synth-lead single about being in love with her man.

"Ma Booi" is available across all platforms from Okaymusic.

Sean Tizzle has a song that could sound track any and all of your upcoming parties. The new video for "Kpro Kpro" was shot and directed by Ademola Falomo in Lagos, Nigeria.

Mr P (Peter Okoye formerly of P-Square) gets his Kanye in "Can't Tell Me Nothing" on his new desert video for "My Way."