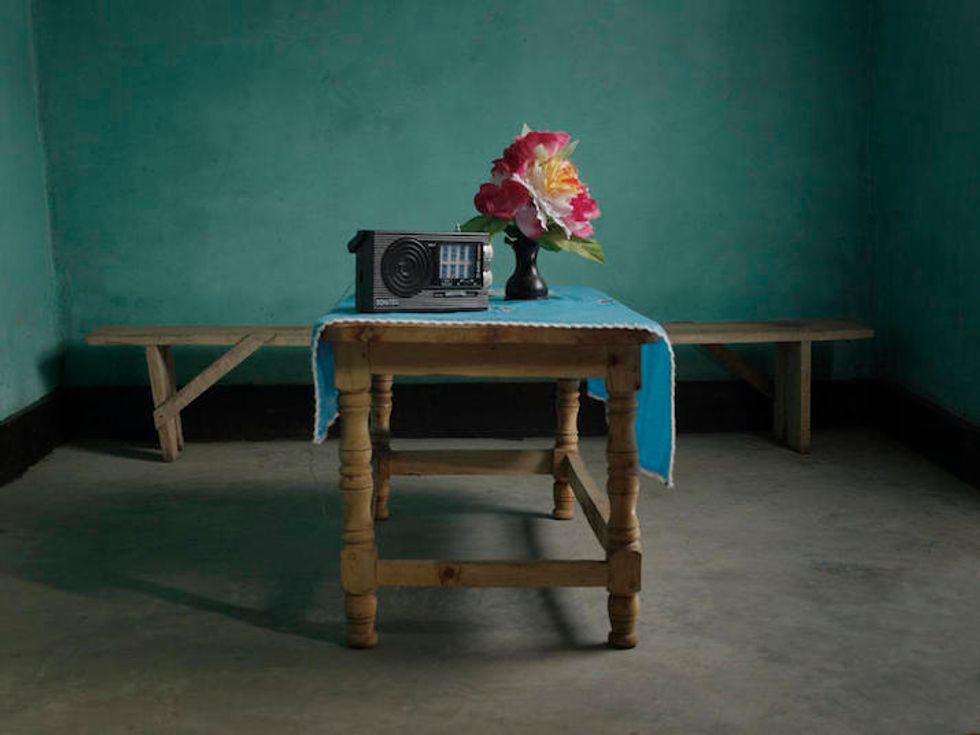 Download and stream the best tracks and African music videos that came out in July in our monthly column "Weekend Burners."

Image by Anoek Steketee and Eefje Blankevoort [via Yagazie].

We're switching up Weekend Burners to a monthly column that'll highlight the ten best African music tracks, videos, or mixes that came across our desks in the last 30-odd days. Stream & download them below, straight from the Okayafrica bunker, and follow the links for more info:

Chicago-based Nigerian The GTW is preparing the release of Chigeria later this year. “Calling Cards,” the self-produced lead single from that upcoming album, features an upbeat 90s tempo song and flattering falsetto from The GTW as he sings “I can’t spell my future with you” in a way one would serenade their high school crush.Read more.

Clap! Clap!'s ‘The Rainstick Fable’ Off His ‘Tayi Bebba’ LP

Italian producer Clap! Clap!, aka Cristiano Crisci, is gearing up for the release of his debut LP Tayi Bebba. The album's lead single “The Rainstick Fable” is a fast paced banger injected with flavors of house, juke and footwork that utilizes Crisci’s contemporary production alongside samples of traditional instruments like the titular rainstick and the mbira. Read more.

Tony Allen, the father of afrobeat percussion, has a new solo album due out later this year (his first since 2009′s Secret Agent). The first single off Film Of Life reunites Allen with frequent collaborator Damon Albarn on the supremely meditative horn-flanked ballad “Go Back.”Read more.

Sinkane’s Soulful ‘How We Be’

Sudanese-born/BK based sonic-experimentalist Sinkane returns with "How We Be," a soulful composition that builds off some funky keyboard action and stars Gallab’s crystalizing voice. The song is the second single off his upcoming Mean Love LP (DFA/City Slang). Read more.

Tshepang Ramoba's (BLK JKS / RAMBO) commemorates Nelson Mandela Day with his Mandela Day mixtape, which is precisely 67-minutes long as a nod to Mandela’s 67 years spent fighting for social justice, as well as the global call to devote 67-minutes of today to “fight poverty and promote peace and reconciliation” through activism. Read more + view the tracklist.

Just A Band’s Phone-Recorded Visuals For ‘Probably For Lovers’

Kenya’s Just A Band recruited their friends to shoot themselves with their phones, singing and dancing along to “Probably For Lovers,” a standout track on their 2012 release Sorry for the Delay. Read more.

Canadian/South African smoldering soulstress Zaki Ibrahim returns with the stunning visuals for “Draw The Line,” the opening track from her 2012 album Every Opposite. Ibrahim’s earthy, soul-capturing voice floats above clean, starkly beautiful images of the Cape Flats. Read more.

Okmalumkoolkat rides on the title track off his upcoming Holy Oxygen I with his signature nonlinear wordplay on a two-stepping futuristic bassline. It’s the official coming of a self-proclaimed “demigod.” Read more.