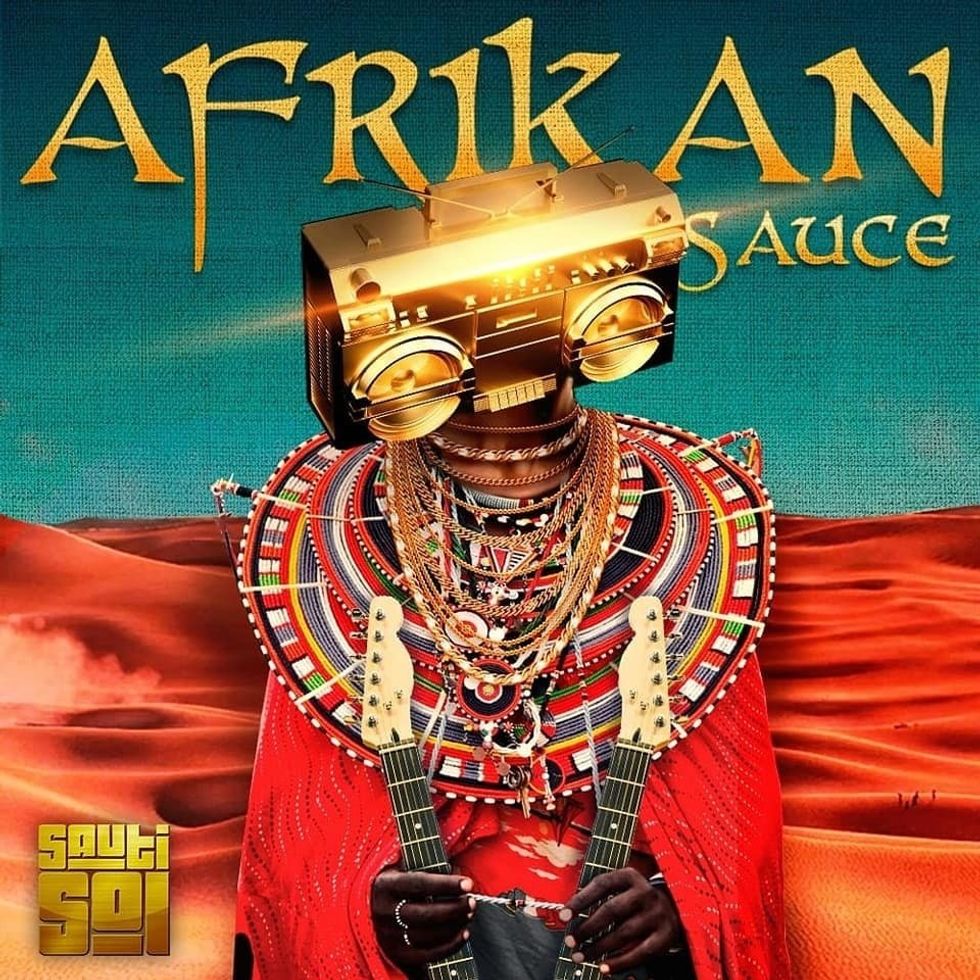 You must have been living under a rock if you haven't been seeing the promo leading towards Yugen Blakrok's sophomore album, Anima Mysterium. Right after announcing a deal with I.O.T Records, the South African rapper released two singles, "Carbon Form" and "Picture Box," that were both accompanied by stunning music videos. The road leading to Anima Mysterium hasn't been a quiet one. What with the overwhelming media coverage Yugen received after her impressive verse on the Black Panther soundtrack last year.

Ghana's very own FOKN Bois have dropped a collab track with Mr Eazi that's the essential "no new friends" anthem of 2019. "True Friends" is their latest single ahead of of their new album, Afrobeats LOL, which will be released Feb. 22, Konbinireports. A King Stunn production, the track starts out with stripped keys striking minor chords with heavy bass and synths being the underbelly of the hip hop duo and Nigerian pop star calling a spade, a spade—calling out those in your orbit who only show themselves when times are good.

Nigeria's PapaRaZzleis making some addictive and uplifting music. His latest release, "Story For Days," is a stripped-down meditation about his struggles and ambitions living in his current city of Toronto. It's a reflection of his "life, dreams and aspirations," the artists tells us. Get into the H'Beat and ID-produced single.

Ziminino, collaborative project of Ricô Santana, Rafa Dias and Boima Tucker aka Chief Boima, draws influences from the many black music scenes across the world. The group is now back with "Intermitência" a new music video from the album that explores the disparate Afro-Brazilian life in Rio. The striking black-and-white video was directed by Zakee Kuduro and features Angolan dancer/artist MC Caten.

Straight from the heavens, late South African rap legend Pro (formerly ProKid) shares an instrumental with rappers Kid X and KhazMoney. The song, which is titled "Ntsimbi," is a blend of kasi rap and kwaito by way of lyrics delivered in IsiZulu and kasi slang and a low tempo kwaito-esque rhythm. The song is produced by the genre-hopping RMBO. The hook on "Ntsimbi" is handled by Pro, who also takes the last verse. In the video, which was shot in the hood, actress Thando Thabethe makes an appearance. This is because the song is part of the soundtrack for the upcoming movie Love Lives Here in which Thabethe plays a character alongside Lungile Radu.

French-based Cameroonian artist Blick Bassy's "Ngwa" is informed by the death of one of the forgotten heroes of Cameroonian's fight for independence and founder of the Union Of Cameroonian Peoples (UPC), Ruben Um Nyobé, who was shot dead by the French army in 1958. The track is paired with a stunning video, filmed in the hills of Lesotho, by director Tebogo Malope. "In school we studied the French version of what happened," Blick mentions, "The way I learned it in the books was that they were agitators, troublemakers. Which is wrong. Um Nyobé was in this movement hidden in the mountains, organising the Cameroonian People's Union, and the truth about what happened has never been out."

Congolese-born London-based Omo Frenchie comes through with a new sound and single in "Afro Drill." The highly-energetic sound was inspired by MHD's 'Afro Trap' and sees Omo Frenchie taking elements from both UK Drill and afrobeats to make a unique concoction. "Afro Drill was designed to bring a more fun to drill music and remove any talk of gang or violent influence," he mentions.

Calid B.is a Chicago-based, Ivorian artist pushing his own 'Afrobang' sound, which is "firmly rooted in what it means to be a black man in America today, but also reaches back to his father's Cote D'Ivoire origins," his bio reads. Calid's latest single "Morning Sex?," is a slight departure from that sound but still impresses with its Pharcyde-inspired flow and a smooth beat from omoidé.

2019 is shaping up to be a fruitful year for Davido. The Nigerian mega-star performed to a packed venue at London's O2 Arena late last month, just before releasing the Zlatan- assisted single "Bum Bum." Now, he's teamed up with up-and-coming artists TeeBan and Blublood for a song that sums up his many success, aptly titled "Winner." The high-spirited track sees the trio of artists singing to a special woman in their lives. "Girl with you I am a winner," sings Davido on the catchy chorus—and of course, he offers to spoil her with his many riches.

KLY's music video for "Umbuzo," shows the South African RnB singer playing the roles of the boss and the servant. The video depicts two love stories, happening in parallel. It juxtaposes the two relationships, especially the ability for a man to provide material things. The song is about KLY asking the woman in question to give him a break as he has a lot going on in his life. "Umbuzo" is quintessential KLY as heard on his album Keep Love Young. The artist sings in a mixture of IsiZulu and English over trap-soul production.

Sierra Leonean-Swedish singer Neneh Cherry dropped the visual for "Natural Skin Deep" ahead of announcing two live shows to anticipate in the States this year, Pitchforkreports. In the music video, we see Cherry sharply dressed in white and black making her way through the ins and outs of Beirut, Lebanon with a camera light posse in tow. The track that stems from her newest project Broken Politics was produced by Four Tet. The Akinola Davies-directed clip is reminiscent of the eery technology/smartphone themed episodes in the Netflix sci-fi anthology series Black Mirror that show the consequences of experiencing the everyday through our smartphones. But according to Davies, this phenomenon is simply apparent at live concerts.