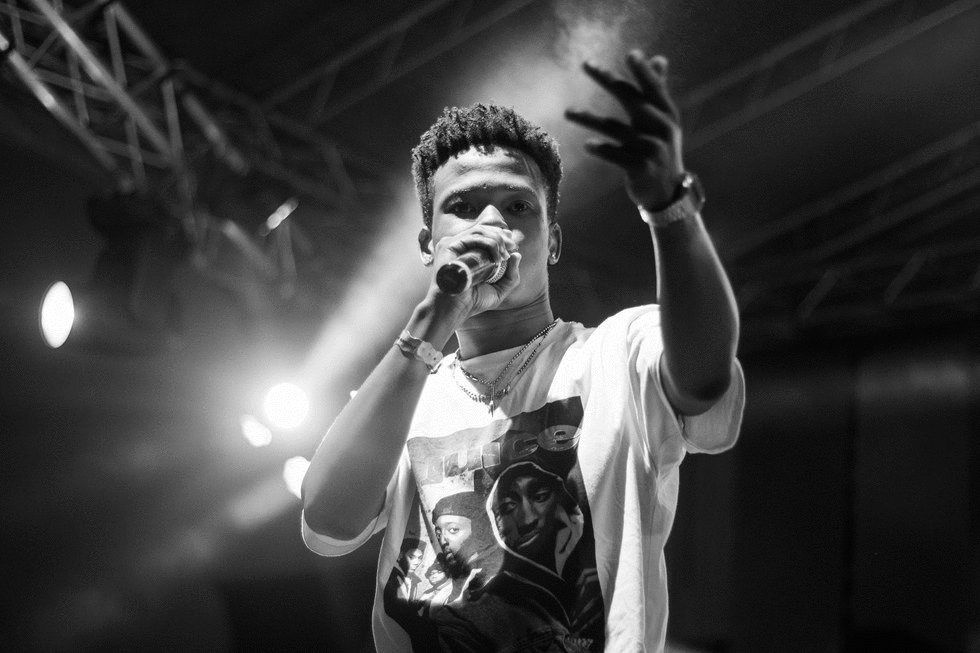 Nasty C's sophomore album, Strings and Bling is coming out in just two weeks, on July 6. A new song from the album is now yours when you pre-order or pre-save the project. Titled "Legendary," the song sees the MC deploy the melodic flow that's now rife in rap. And, as usual, lyrically, Nasty C doesn't disappoint. He raps about his rise into stardom, asking himself how his life changed so fast. "Legendary" is the third song we've heard from Strings and Bling, after Nasty C released "King" (featuring A$AP Ferg) and "Jungle" earlier this month.

BankyOnDBeatz has been on a roll since the release of his Fuego Senoras EP last year and the more recent "Afromadtown" single. The rising Nigerian artist now returns with "Omoluabi," an ultra smooth jam that will ease you into weekend mode.The new track is built on a hypnotizing, grooving beat over which Lagos singer Jinmi Abduls and Manchester-based Nigerian Tobi Sunmola—one of our Indie Artists You Need to Listen To—go in over.

"Omoluabi" is available across from Okaymusic.

While caught up in the hype of new albums by superstars such as AKA, and Jay-Z and Beyoncé, you might have missed a gem of a project. South African rappers, A-Reece, Ecco and Wordz, released L3 (Long Lost Letters), an EP that just might be the best South African rap release you will hear this year. L3 is an impressive display of great raps and beats. On the project, Reece, Ecco and Wordz, who are all members of the popular Pretoria-based hip-hop collective The Wrecking Crew, tell their own stories of growing up, getting into the game, meeting shady characters, and learning about people's shitty ways

After producing two EPs in 2018, Reniss' Express Vol. 1 EP and Tata's Wild Fire EP, Cameroonian artist Jovi brings us the video for "Pimentcam.". Directed by the Ndukong, "Pimentcam" is meant to hilariously show the veiled side of society. The song was produced by Le Monstre in his signature Mboko style.

Swazi DJ and producer Tendaness just released the visuals to his smash hit "Jika," which features singers Bholoja and LO. Tendaness is a genre-bender, and "Jika" is a great example of his incredible work. The song combines EDM with the "Swazi soul" genre of Bholoja, and it's simply a scorcher. The video was shot in Newtown, Johannesburg, by the director Kyle White, and features Tendaness, Bholoja and LO gyrating and mingling with a few women.

Yung L and Wavos really did it with their latest track. With the addition of Liana Bank$, "Betta" is bound to advance your summertime romance. "Betta" is a culmination of electronic-pop, afrobeats, spirit-lifting lyrics, and strums from a bass guitarist who knows exactly how to please the soul. Nigerian artist, Yung L, incorporates his Nigerian roots in this very modern track. Wavos' new wave, post-punk flavor facilitates more diversity to the instrumental, and Liana Banks adds just the right amount of soul and R&B; attitude to further reiterate the message of the song.

Benin-raised, New York City-based singer-songwriter Shirazee is back with another addictive, afrobeats-infused music video for the W O V E-produced "Make Wild." The track is taken off his solid 6-track EP, Home Away, which also features collaborations with SAINt JHN and EUGY, listen to it in full here.

The Galaktiq duo is back with a new single and a refreshing collaboration with the famed Nigerian recording artist, L.A.X. "Na So" is a bumping blend of pop, R&B;, and Afrobeats, in the style of their claimed-genre of Fuji-Pop. Produced by D.I.N Beats, "Na So" features great choreography, nice direction and swag in terms of both fashion and personal appearance.

DJ Jigüe is a selector who blends experimental electronic music with traditional Afro-Cuban rhythms. In his new 3-song EP, Afrosekuela, the DJ and producer explores three different regions that have been strongly influenced and shaped by the African diaspora: Brazil, Cuba and the United States.