NewsMusicFILM + TVARTS+CULTURELIFESTYLEWatchShopCrossroads
Featured
songs you need to hear this week 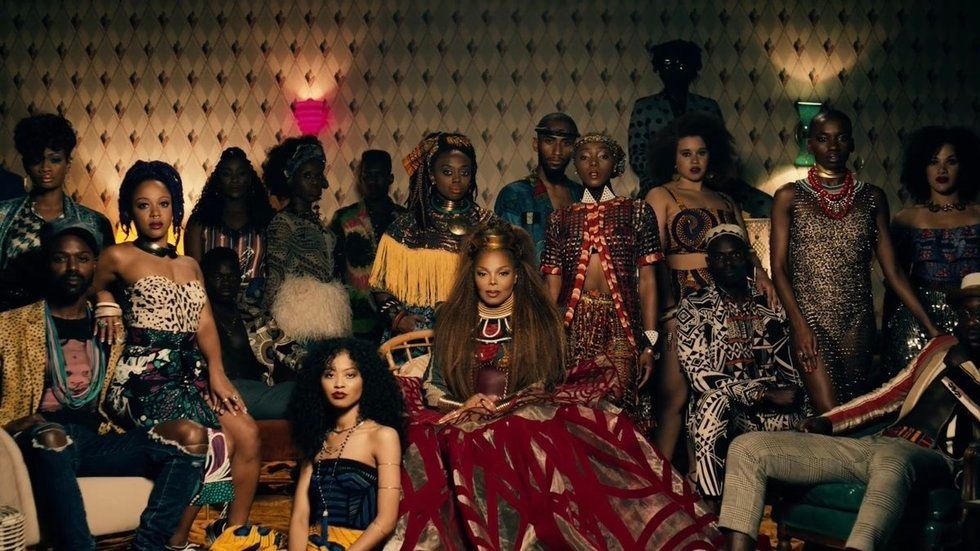 Ms. Jackson is back. The iconic artist returns with her first single since the release of her 2015 album Unbreakable, and it's a timely nod to the "made for now" influence of afrobeats fashion, sound and culture. On "Made For Now," which features Puerto Rican reggaeton titan Daddy Yankee, Janet Jackson does what she's done successfully so many times throughout her decades-long career: provide an infectious, party-worthy tune that's fun and undeniably easy to dance to.

Runtownis back with the new visual for his latest single "Unleash," a collaboration with UK grime act Fekky. The song, which is the Nigerian star's first single of 2018, lives in the similar downtempo sonic world of the previous hits like "Mad Over You" and "For Life." It sees Runtown linking up once again with frequent collaborator and producer Del B.

Burna Boygave his own spin to Ramz' "Barking," one of the massive singles coming out of the UK this year. The Nigerian afrofusion star recently recorded an in-studio version of the hit, which he injects with a smoke-filled vibe. Throughout the edit Burna delivers dark lines that stick with you like "slice the side of man's face like a parting." He also tries on 50 Cent's "Many Men" flow for a short bit.

For his latest single, South African house music stalwartPrince Kaybee ropes in the indomitable Busiswaand the vocalist TNS. In the song, which leans towards deep house, Busiswa delivers her lyrics in chants, as usual, the way kwaito artists and rappers do. She speaks of women who do their own shit and leave the party on their own.

Julshas constantly been on rotation for years for his own hits as well as productions alongside Mr Eazi, Burna Boy, Wande Coal which, as we wrote last year when he released Leap of Faith, have put him at the forefront of the afrobeats movement. The British-Ghanaian producer is now sharing two new single, "Normal," which sees him making a clear departure from the afrobeats grooves we're accustomed to hearing from him, and "Saa Ara."

Tekno's had an active year that's included the release of his hit "Jogodo," and its stunning music video, as well as his very recent collaboration with Ciara which just dropped last week. The Nigerian star is now letting go of yet another single, "Choko," an addictive new track produced by Krizbeatz, the same man behind Tekno's massive hit "Pana."

Haitian-born artist Michael Brun links up with Beninese Afrosoul artist Shirazee for an acoustic version of their melodic house hit, "Soweto." This stripped down version was recorded in Brun's new home of Brooklyn, giving us a smooth, soulful rhythmic cut with a languid, late-afternoon vibe. "Soweto" is Shirazee's love letter to a city that he spent a lot of time in growing up—a raspy serenade to a city whose beat enchanted him.

Ericalandiacomes through with a stellar, long-playing mix of "Turndown Naija + Afrobeats & Afropop" tracks that you'll have on repeat. Check out the full mix above and blast it at your next party.

South African singer Astryd Brown roped in the rapper Nadia Nakai for her latest single, "Lately," which was released in July. In the song's recently released video, the two artists spend some time in the desert on camelback and rock bikinis in a cruise ship.

Patoranking takes a turn towards globally-conscious, uplifting records with "Heal D World," a call for peace against society's ills. It's quite a departure from his reggae-dancehall output, what do you think?