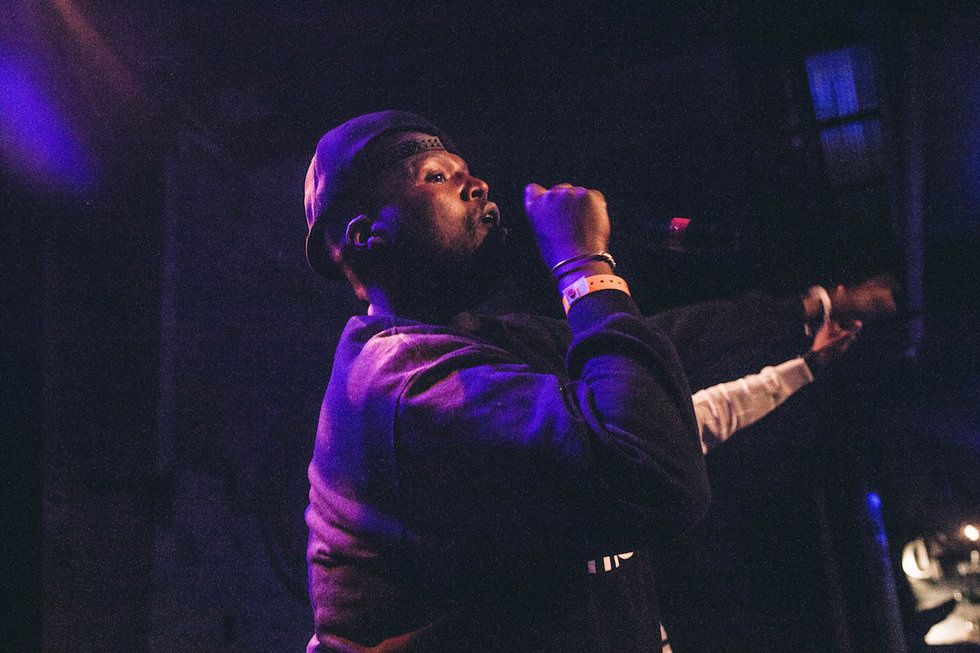 South African pioneering rapper HHP (Hip Hop Pantsula) aka Jabba has been reported dead at the age of 38. abba, as the MC called himself, did a lot for South African hip-hop. From being one of the very first rappers to successfully fuse hip-hop and kwaito, to paving the way for many motswako rappers such as Cassper Nyovest,Tuks Senganga, Khuli Chana, Fifi Cooper, and many others.

In Memoriam: 12 of Our Favorite HHP Songs

HHP, the Ultimate Bosso, Gave Me a Childhood Filled with Feel-Good Jams—Sizom'khumbula

Wizkid's latest single, "Fever," just got the visual treatment. The song, together with the single it was released alongside, "Master Groove," is expected to appear on the artist's upcoming album Made In Lagos. In the music video for "Fever," WizKid ropes in fellow singer Tiwa Savage to play his lover, and boy, do they look comfortable! The video was directed by Meji Alabi. The two spend time in different locations; it looks like they are on a baecation. The visuals have had tongues wagging on Twitter, and we don't blame y'all.

Blinky Bill is not new to the game. As one of the founding members of Kenya's most famous alternative music collective, Just a Band, he already has an extensive body of work under his belt. On Everyone's Just Winging It & Other Fly Tales, Blinky reinvigorates his passion for experimental beat-making. He weaves African rhythms together with electronic cuts, hip-hop and funk in order to attain a hard-hitting, inventive and sublime body of work.

Yugen Blakrok and Kanif The JhatMaster are one of the most solid rapper-producer combos in South African hip-hop. Their chemistry and understanding of each other's strengths showed on Yugen's 2013 debut album Return of the Astrogoth. In the MC's latest song, "Carbon Form," it's evident now more than ever.

Led by OG Ron C, Houston's Chopstars have been delivering some of the best chopped and screwed versions of hip-hop releases for ages now. In this latest drop, Nice & Slow 54: Naija, Chopstars' Slim K takes a much-welcomed detour and decides to tackle some of the biggest Nigerian afrobeats hits from recent years. The result is nothing short of amazing as Slim K chops up the likes of Wizkid & Drake's "Come Closer," Runtown's "Mad Over You," Davido's "If," Mr Eazi's "Pour Me Water" and more.

Jamaican dancehall singer Spice, tackles colorism and skin lightening within the black community head-on with her new song and video "Black Hypocrisy." The artist caused an uproar on social media yesterday when she posted a picture of herself that showed her with much lighter skin. The photo caused many to believe that the singer had bleached her skin,Vybz Kartel style, but we learned that this was Spice's rather unconventional way of announcing the new song.

A-Reece released a surprise five-track EP. Its title, I'm Only 21—a reminder that one of South Africa's most potent lyricists is only 21 years of age. Those who have TVs say A-Reece stole the show on the B.E.T Hip-Hop Awards' South African cypher, in which he sparred fellow lyricists Shane Eagle and Nasty C.

Afro B, the man behind the massive hit "Drogba (Joanna)," recently dropped his follow-up single "Shaku Shaku," which premiered with us last week. The new track is yet-another banger from the Ivorian-British artist, one which sees him link up with frequent collaborators Team Salut, the production duo behind some of the biggest Afrowave hits coming out right now. He's now also premiered the new dance video for "Shaku Shaku" exclusively with OkayAfrica, which you can check out above.

Here's another sign that a Davidoand Peruzzijoint EP is on the way. The Nigerian star and his DMW signee have linked up this year in noteworthy tracks like "Aza" featuring Duncan MightyDuncan Mighty, Deekay's "Hangover," and Pryme's "Kilode." The pair now come through with a new music video for the love song, "Twisted."

Ajebutter22 initially dropped "Ghana Bounce," the biggest hit from his What Happens In Lagos album, last year. The track, which is built on a subdued-yet-addictive Studio Magic production, recently got a welcomed revisit featuring the additions of Mr Eaziand Eugy. Eazi and Eugy both hop on the butter-smooth beat, adding new rhythms, flavors and vocal cadences to this already solid hit.

Eku Fantasycome through with a song in partnership with Greenpeace. "The rate at which Antarctic ice sheets melt under increasing temperatures will affect coastal communities globally, whether living in small island states or mega-cities," the duo mentions. "It is a subject especially close to our hearts as Nigeria and South Africa lie in the part of the world that will feel the effects the soonest."

South African singer and rapper Tshego ropes in Family Tree label mate Nadia Nakaiand frequent collaboratorNasty C in his new song. Titled "Money Machines," the track sees the MCs spit money raps over quivering hi hats and thick bass, while a subtle saxophone plays in the background. It's the perfect jam to bump on payday or when your money is right.

Ghana's Kuami Eugene has been an artist to watch—especially as he shows himself to hold his own on collab tracks. The music video for his latest, "Meji Meji" featuring Davido, is here. Its upbeat vibe shines through as the two crooners go about their day in Ghana, singing sweet nothings to their love interests.