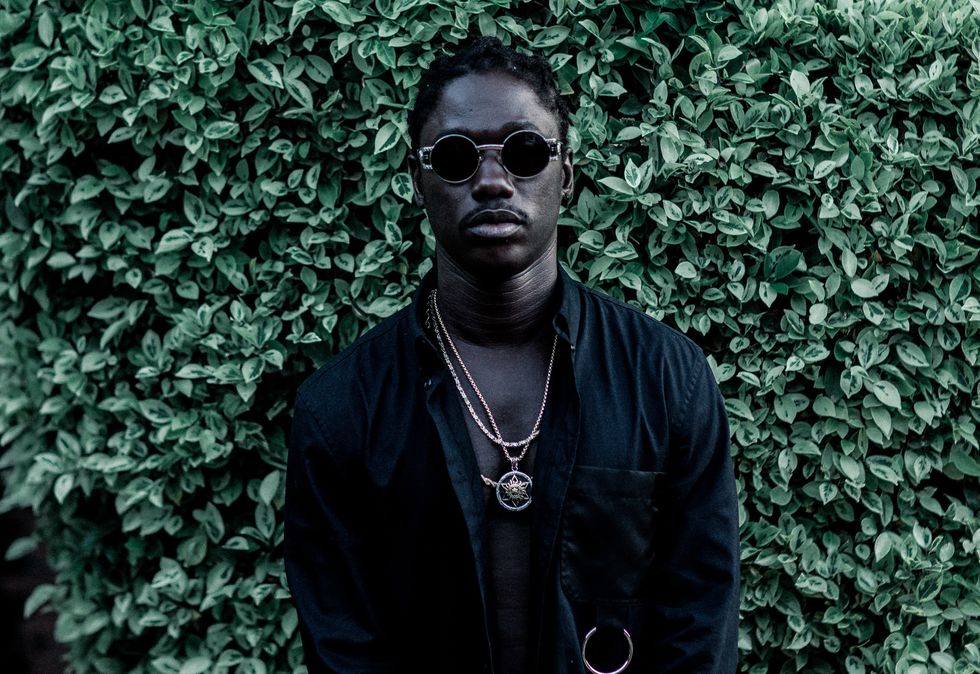 Major Lazer just dropped the new video for their latest single "All My Life," featuring none-other-than Burna Boy.The dancehall-tinged production is paired with a stunning new music video, which was shot in Nigeria by South African filmmaker Adriaan Louw. The clip spans from cuts of Burna Boy on a roof to striking dance routines on Lagos' busy streets and night spots. Major Lazer have also just dropped a new gqom-tinged video and single with Babes Wodumo for "Orkant/Balance Pon It," check it out below.

MHD, the king of France's Afro Trap movement, has dropped his highly-anticipated second album, 19. The 19 tracks on the album and its title are an homage to the 19th arrondissement, the Parisien borough where he grew up and continues to dwell. The album includes features from the likes of Wizkid, Salif Keïta,Yemi Alade, Orelsan, Dadju, Stefflon Don and as well as production by Diplo, Stromae, Dany Synthé, Junior a la prod, DSK On The Beat, S2keyz and Heezy Lee.

Read our review of MHD's 19

Cimafunk is a forward-looking Cuban artist who's crash landed on our radar with "Me Voy." The singer, composer and producer makes music built on a fusion of Afro-Cuban rhythms with funk, blues and reggae—musical styles that he says he wishes to reunite because, as Cimafunk mentions, they all have a shared history of slavery and resistance. Cimafunk is now sharing his latest music video and single for "Me Voy," a jolting dose of energetic guitar riffs and Afro-Cuban percussion.

Nixor Nicolas Omar Diop, 39, has been a driving force behind his Senegal's hip-hop scene for about two decades. Last Friday, Nix released his highly-anticipated 16-track album, Excuse My Wolof 2: The Ñuulest orThe Blackest. The name is a call to a period in the artist's life when he was made fun of for the darkness of his skin. It's also a state of mind and a celebration of using every aspect of yourself: your history, intuition and culture to create.

Read our interview with Nix

Odunsi The Engine is the fast-rising producer and singer who is transforming Nigerian music with his unique blend of afro-fusion. His new single is here and it features OBO himself, Davido. The duo dropped hints of a collaboration months ago and it got all the fans buzzing in anticipation. Produced by Hvrry of 80sounds, "Divine" is a bouncy RnB track with honest and romantic wordplay and a retro feel to it.

Lagos MC Phlow returns in strong form with the new 4-track EP, Asuai Vol. 2. The short project, which is built on some great production work from Montreal's Dr. MaD, sees Phlow sounding as smooth, comfortable and confident as ever. The new EP was released on her birthday and, as the rapper puts it, it details her journey as a young woman in this unpredictable world.

Asuai Vol. 2 is available across all platforms now

Kenyan-American artist and producer KSL comes through with the music video for his single, "Lately," off the upcoming project Half Calf. This pop-infused gem of a track "speaks on freeing oneself from a monotonous life of fitting into a white societal norms, and sacrificing one's own preferences to fit in and simply 'male life easier,'" as the artist explains.

Rapper and VO Nation Records head E.L comes through with the addictive new single "Ghana Meets Naija," which addresses the issues that Ghanaian artists face in their own national music industry when competing against Nigerian artists. The track is named after the Ghana Meets Naija concert.

Fekky has been making noise in the UK rap scene for years now. More recently, the London-based artist has been teaming up with Nigeria's Runtown for a series of addictive singles like last month's "Unleash" and this banger, "One More Time." The track, which has been buzzing up airplay across London and Lagos, now has a striking new music video which was appropriately shot in Nigeria.

Cameroonian artist Stanley Enow delivers with new music video and single for "My Way," featuring Locko and Tzy Panchako. "This record means the world to me, especially in these times when the Cameroonian youth tend to loose hope due to economic distress," Stanley mentions. "Serving them an afrobeats cocktail of joy, hope and perseverance leading to success and with such warm response is a win for me."

Brazilian producers Felipe Pomar (of TrapFunk & Alivio) and Telefunksoul come through with a dizzyingly energetic EP in the form of Ré_Con Ba$. Telefunksoul, who happens to be one of the main promoters of Bahia Bass music, came up with the concept of exploring the rhythms coming out of Recôncavo of Bahia and showing how they can fit into bass music. Through the 7-track Ré_Con Ba$ EP, him and Pomar mold and transform the diverse music of Bahia, fusing its rhythms with afrobeat, future house, deep house and much more.

Zimininois a new project from INTL BLK that features collaborations between Chief Boima and a host of Afro-Brazilian artists coming out of Bahia. The project has already shared its first song and now comes through with the follow-up single, "I'm Cool Like That"—a head-nodding track spearheaded by singer-songwriter Ricô Santana, produced by Rafa Dias and Boima. The hypnotizing song is a mixture of trap, bossa nova, and pagodão, an urban style of popular music from Bahia which could be seen as Salvador's equivalent to Baile Funk.

Tekno drops the new music video for "Choko," his addictive Krizbeatz-produced single. The syncopated beat work is king here and will keep you coming back for more as Tekno delivers his usual odes to a love interest.