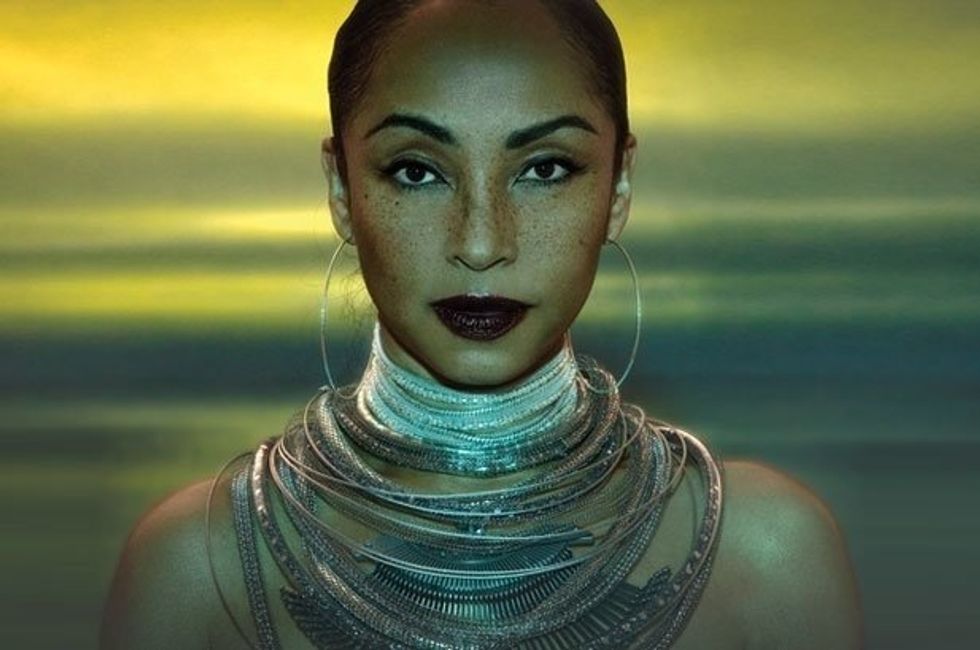 Sade "Flower of the Universe"

Late last month, news spread that iconic Nigerian-British singer Sade would release her first original song in over seven years, as part of the soundtrack for Ava DuVernay'sA Wrinkle in Time. It is now time to rejoice, because the No I.D.-produced track, entitled "Flower of the Universe" is here.

You really need to hear this gorgeous mixtape from Ostinato Records. The label's founder Vik Sohonie shared details on his upcoming compilation of sounds from Khartoum and Omdurman with us this week.

Nigerian cool kids Santi,Odunsi and Zamir drop the hazy new single, "Alté Cruise," and its accompanying grainy music video. Santi writes, "We are family of young musicians, model, filmmakers, fashion designers, doing our thing slightly differently from the mainstream. Because of that, In Nigeria they branded our scene Alté. So we just decided to own that narrative. So this song depicts our daily lives, our lifestyle on this side of this Nigerian Scene that's growing everyday.

In mid-January, Cassper Nyovest and Davido revealed they were working on some music together. Less than a month later, the song is here, and it comes with a video, too. "Check On You" is a hybrid of afrobeats and South African house, with some sprinkles of rap and pop.

Kannon is a protégé of Nigerian producer Sarz (the man behind Drake and Wizkid's "Come Closer"). He's worked with Sarz, Dremo, Ichaba,Dapo Tuburna and many more. In his two latest singles—"Stay Up" and "Cavalli"—he balls like Ronaldo and showcases why he's one to watch.

Kannon's "Stay Up" and "Cavalli" are available everywhere now from Okaymusic.

South African musician Nakhane just released the visual to "Interloper," a song from his upcoming album, You Will Not Die. The minimalistic video is reminiscent of the 90s, as Nakhane rocks a shiny suit like Diddy and Mase in their days.

Nigerian singer and songwriter Victor Collins comes through with a solid 6-track EP Fidelia. Collins says the EP, whose title means faithful, is dedicated to all African women.

South African electronic music label Subterranean Wavelength's Wiretribe compilation consists of artists signed to their roster. Just like with most of the label's releases, the basis of Wiretribe is a boundless approach to production—boom bap, trap, soul, dubstep and even house lend their influences to the 11 songs featured on the compilation.