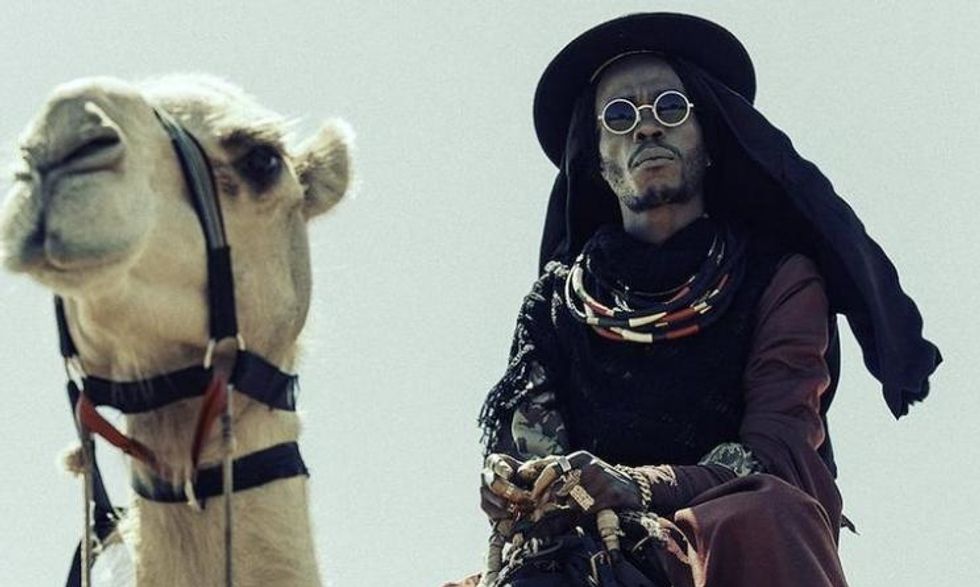 He also collaborated with several artists like DJ Mujava, who he helped craft the percussion pattern behind the massive hit "Township Funk." We'll be loudly blasting his incredible tracks today. 🙏🏾 🙏🏾 🙏🏾

Muthoni Drummer Queen's new album, She, is a spirited celebration of womanhood. The multi-talented Kenyan artist and entrepreneur's new concept album is a true Afro-feminist record and a victory for herself and Kenyan music in general.

Tiwa Savage's solid Sugarcane EP, which dropped last year, is still getting plays over here and now, she's come through with a reworking of one of its standout tracks. "Get It Now (Remix)" sees the Nigerian star and Mavin Records first lady connect with Omarion, who adds a new verse and lays down some nice duets alongside Tiwa in this reworking.

Last December,E.L declared himself the best African rapper with his latest mixtape BAR 4, and we're tempted to believe him. The Ghanaian rapper showcases his effortless flow and mic dynamics throughout that mixtape, which are both on clear display in this new music video for "Ayeyi," alongside fellow Ghanaians Dope Nation.

Yemi Alade drops the music video for "Bum Bum," the dancehall-influenced track off her recent album, Black Magic. We recently rounded up 7 Reasons Why Yemi Alade Is A Music Video Icon, which you should check out if you like this one above.

Guiss Guiss Bou Bessis comprised of Mara Seck & Stéphane Costantini, a duo that blends electronic music with traditional Sabar percussion and Mbalax, Senegal's popular dance genre. Their first music video for "Jigueenu Africa" "highlights Senegalese women and the magic they have when it comes to dancing Sabar," the band writes in a statement.

Malian singer/songwriter/guitarist Fatoumata Diawara comes through with "Nterini," which she calls "a subtle, affecting reminder of the global migration crisis." The music video was directed by Ethiopian photographer and contemporary artist Aïda Muluneh.

Nigerian hitmaker Tekno is back with another jam that's ripe for taking over the charts. Check out his latest single, "Yur Luv," above.

Flappy and Ramos are back with another banger, "Coded Level," produced by one of Nigeria's Jerrywine. Check out the track's new black-and-white music video above.