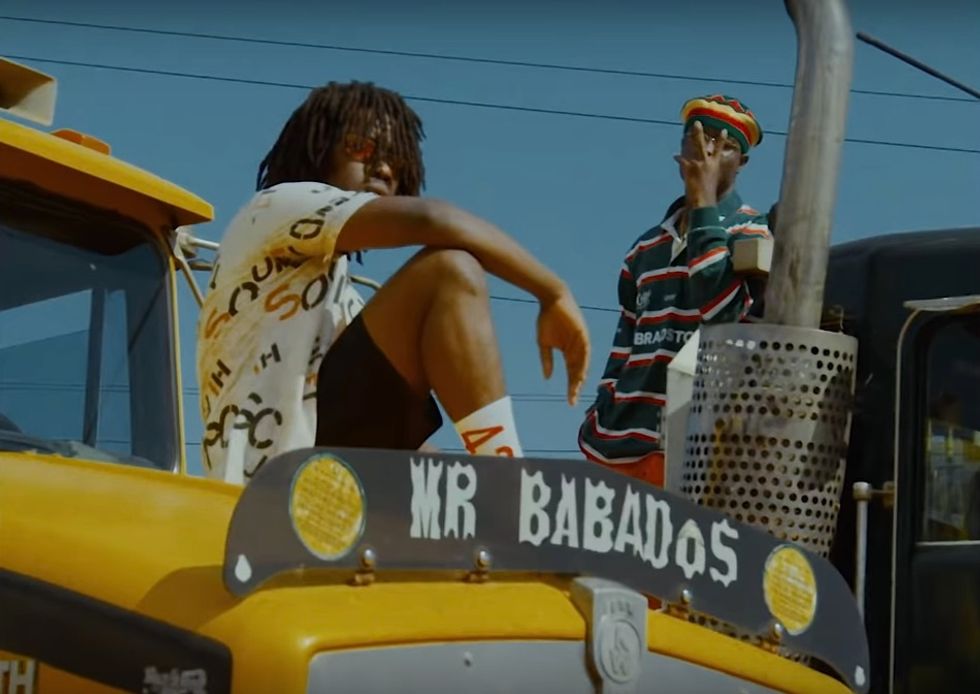 The new wave of African music video directing is here .

From the burgeoning alté scene to the mainstream, the new school of African directors are injecting fresh energy into the music videos of some of the continent's biggest artists and more.

With their unique perspectives and innovative visual concepts, these young directors and filmmakers are defying many of the cliché music video ideas seen in the Nigerian and Ghanaian scenes—and having a lot of fun every step of the way.

Dave is motivated by the idea of being "different" and this pushes him to think beyond expectations. His refreshing visual experiments for the likes of Joey B and La Même Gang have set him apart as a director in the Ghanaian music scene and a talent to keep our eyes on in the new year.

Would Love To Work With: Meek Mill and many artists from Atlanta rap scene.

Advice for other upcoming directors: "I think letting upcoming directors learn from their own mistakes is the best way to train them, I remember, on the come up I've heard a lot from senior directors and only choose to listen to few advices that I thought would be useful to me, we can't all follow the same rule in fact there's no rule with creativity, All you need to do is find yourself, work hard till you get that self confidence that's how you become innovative."

"The artists I have worked with are particular because I love to create visuals that explore the youth culture, these artists have the songs or the style that help me push my creativity along that line," says 21-year-old Ademola Falomo , a Nigerian filmmaker based both in Dubai and Lagos. Inspired by Spanish cinema , the young director prefers to use natural light sources, handheld shots, and film colouring that gives his videos a distinct diffused, hazy aesthetic with amber tones.

Favorite Quote/Advice for Upcoming Directors: "I just really got a grasp on this quote: 'the game is the game.'" As for my advice for directors; embrace the act of collaborating, that is the fastest way to learn and get better at what you do."

"My creative process is weird," mentions Daviid Anthony, "my strong point definitely is outdoor. I love colours and nature." Within a short period of time, the rising Nigerian filmmaker has utilized his distinctive style to create visual content for household names like Wizkid and Tekno. He strives to create a special vibe when directing or editing his videos, and his already-impressive portfolio only gets us more excited for what he will be working on next.

Word of Advice: "Positivity is key. We are all stars."

Whether she is producing or directing, Scilla Owusu is the woman taking the lead behind the camera for many popular afrobeats and afro-swing music videos. Starting out as a screenwriter and film producer at the age of 18, her online series, A Lesson Learnt, won best web series ensemble award at the Screen Nation Media Awards in London. Within a short period of time, the British-Ghanaian director has transitioned to being on set with some of Africa's biggest artists and she's just getting started.

Professional motto: "Aspire to inspire before I expire. While I'm on this earth, through my actions, my aim is to aspire someone else especially in the field I'm in where you don't see many women who look like me. To inspire them to get started on whatever it is that they may think is difficult to do. Showing them if I can look like you and I can do it."

With every single project he embarks on, Awudu Musa also known as Babs Direction, wants to create a masterpiece. At only 25, he has become one of the most sought-after directors in Ghana. His stellar catalogue features big names like Wizkid, R2bees, Sarkodie and more. To him, there are a million interpretations to a single creative thought and he prefers to stay open-minded when brainstorming for his high-profile music videos.

Would Love To Work With: Prefers to go with the flow.

On Finding Inspiration: "As a creative person, I am greatly inspired by everything around me, mostly visuals and everyday happenings. There isn't like a go-to spot for inspiration for me. But I am mostly inspired by anything visually satisfying , my regular day involves at least 3-4 hours of scrolling through Pinterest and Tumblr. It's like a ritual for me!"