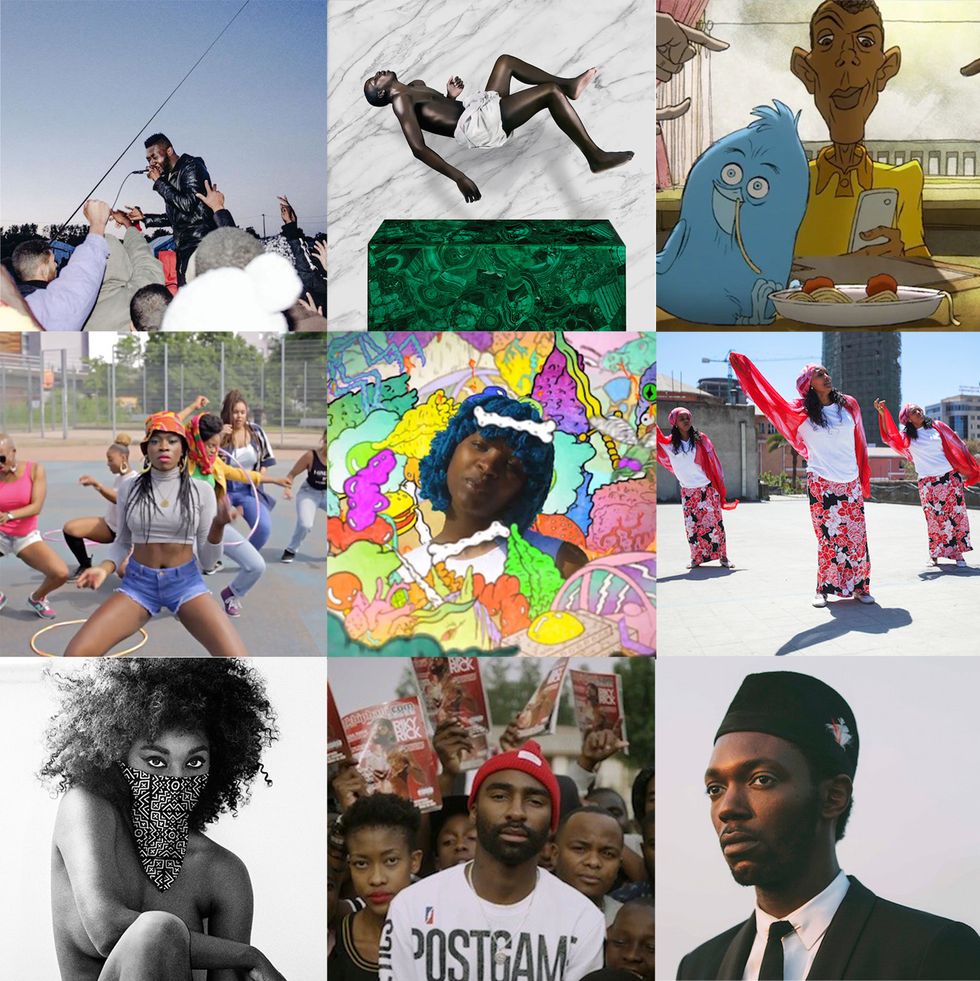 From clips that highlight the migrant crisis to female empowerment anthems, see our picks for the Top African Music Videos of 2015.

British-Ghanaian spoken-word artist Kojey Radical’s “Bambu” is a stark commentary on stereotypical portrayals of “blackness” in modern media (“Bambu” is actually an acronym for “Be.Aware.Media.Binds.Us.”).

“I think what is “black” within media has gone through so many stages of celebration and scrutiny that the way we look at “black” has been warped,” Kojey Radical told Okayafrica. “As an aesthetic & culture it’s been celebrated and adopted, but from a social standpoint it’s worn as this sort of handicap as if the strength in melanin is an extra credit to things we are all within our means of achieving. We took the strength of melanin, personified that and celebrated the unity in difference.”

“The video plays around with the stereotypical hood video that’s prominent in the media,” adds music video director Alex Motlhabane. “And we kind of appropriated that and put our spin on it so it mirrored or amplified the message of the song. Kojey pointed out that the dancing is a representation of the struggles of inner city life.”