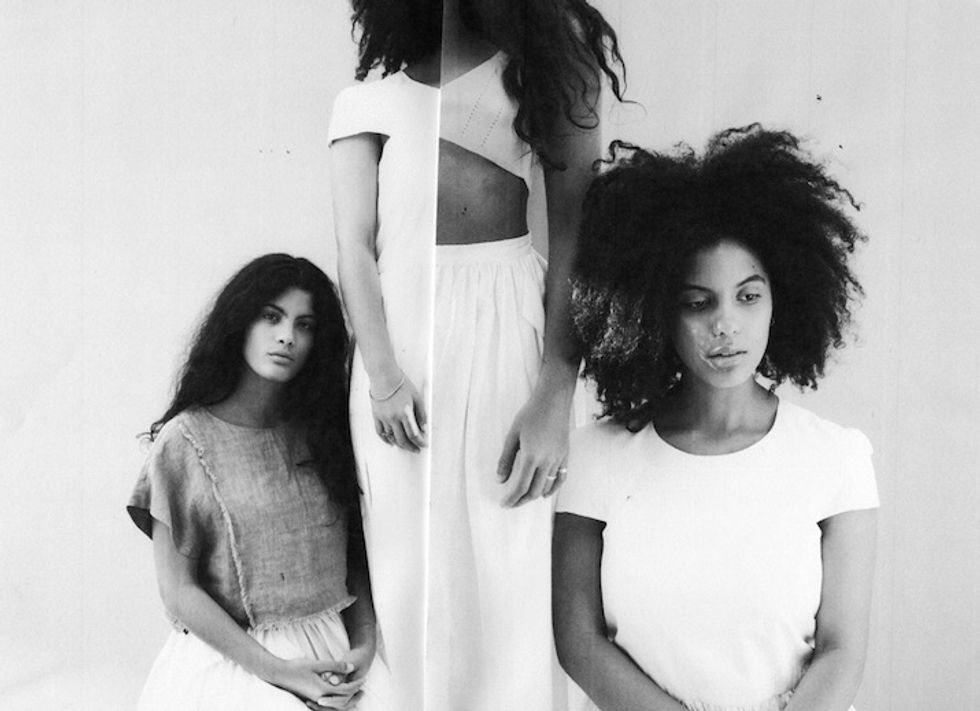 These are all the songs you need to hear this week.

Wizkid has dropped the official version of "African Bad Gyal," his previously leaked collaboration with Chris Brown. The Sarz-produced single will be featured on Wizkid's upcoming Sounds From The Other Side, which you can pre-order now.

Malis' Oumou Sangaré never fails. Her new single, and its Chris Saunders-directed video, for "Kamelemba" is a stunning, varied interpretation of afrofuturism and “modern beauty,” the director mentions.

Mr Eazi connects Ghana and Nigeria like no one else in Life Is Eazi Vol. 1 – Accra To Lagos, easily one of our favorite releases this year. One of the highlights from that mixtape—"Short Skirt" featuring Tekno, Odunsi and others—gets the visual treatment.

French-Cuban duo Ibeyi return strong with the vibrant new video and single, "Away Away." We shot an OkayAcoustic with the duo back in 2015, revisit it here.

Maleek Berry is still riding high from his outstanding Last Daze of Summer EP. In his latest music video and single for "On Fire," the songwriter/producer heads to Shitta, Surulere in Lagos.

Ray BLK's "Doing Me" is an addictive anthem for self-love. We previously spoke to BLK, one of our 10 UK Artists to Watch, about Black British womanhood and calling out homophobia.

Here's one from South Africa. Card On Spokes sent over this hypnotizing live rendition of "Faded Pictures," a standout track from his As We Surface EP, featuring Bonj Mpanza and Robin Fassie-Kock.

Poirier "Dont Lie To Your Mama"

Poirier rolls through with this killer afro-house mix, Don't Lie To Your Mama. This one will definitely soundtrack your weekend.

Duduworx, a self-described "post-afrobeat" production and remixing collective fronted by Ade-Gboyega and Temi Oyedele, get into some deep grooves in the Balls Of Fire EP. The EP features some more dance floor-oriented remixes from Oyedele, also known as Afrologic.