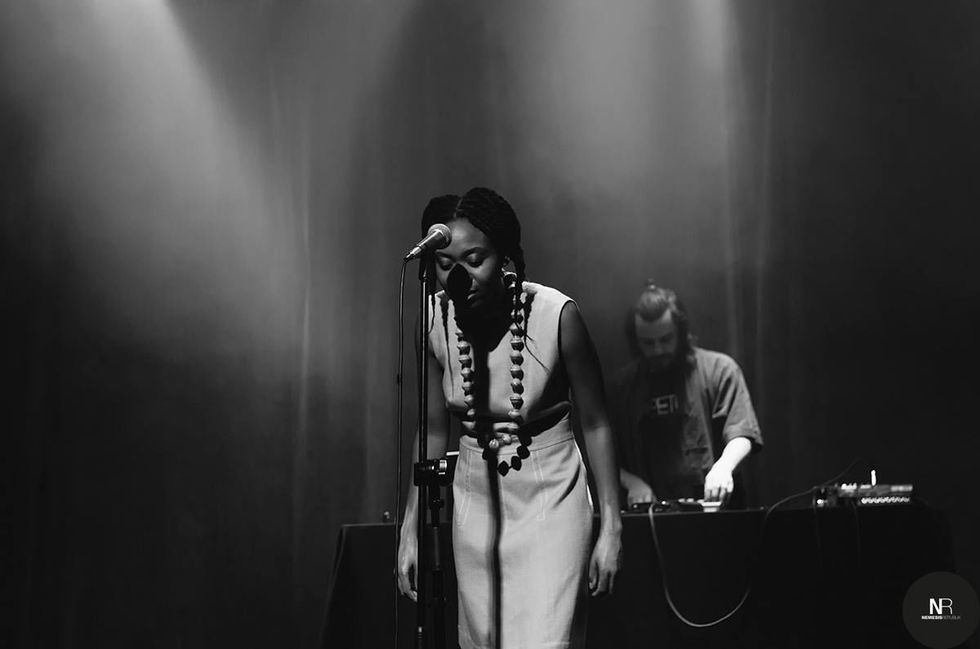 These are all the songs you need to hear this week.

Davido returns strong with the new music video for "Fall," in which the star singer claims he doesn't want to be a player no more and reveals his friends call him Cristiano, Mr. Ronaldo. This one's sure to be another hit. The music video was directed by Daps, the man behind a lot of your favorite videos.

Nigerian superstar Olamide rolls through with "Wavy Level," a laidback and addictive jam about his state of mind and status in life: 🌊🌊🌊.

Fifi the Raiblaster is the embodiment of afrofuturism. The South African singer's music, rich with spirituality and references to astrology, is not of this world. “Timbuktu_sirius B” is another instance of Fifi and her producer Kanif’s brilliance.

2Baba drops a heavy music video for "Holy Holy," his latest reggae-inflected single which has been rising in the charts. Watch above as cars burn and mobs throw stones at 2Baba in this Clarence Peters-directed video.

AliThatDude, a third of the Namibian rap crew Black Vulcanite, released a solo mixtape towards the end of 2016 titled Strangers Thing Have Happened (don’t sleep on it). “AeonFlux,” the latest video single from the release, and it packs some serious heat.

Una Rams is a problem. His latest video single “Nobody” is a somber love song that sees the South African deliver his versatile verses with some sprinkles of raga. It's simple yet addictive.

Julius Kima "Only You (Nakupenda)"

Julius Kima drops a soothing and beautiful love song in "Only You (Nakupenda)." Watch the track's new music video above and grab the single here.

Ghanaian singer Eli and Alex Wondergem link up for the joyful "Sunday Morning," a standout off their new Buying Our Freedomproject, which label Akwaaba Music states "touches the subjects of Ghana, self-love, cannabis, not giving a fuck and what it means to be a ‘hueman.’"

Ugandan pop crooner A Pass delivers a sweet song to his main squeeze in "Sugar Girl," check it out above and purchase the song here.