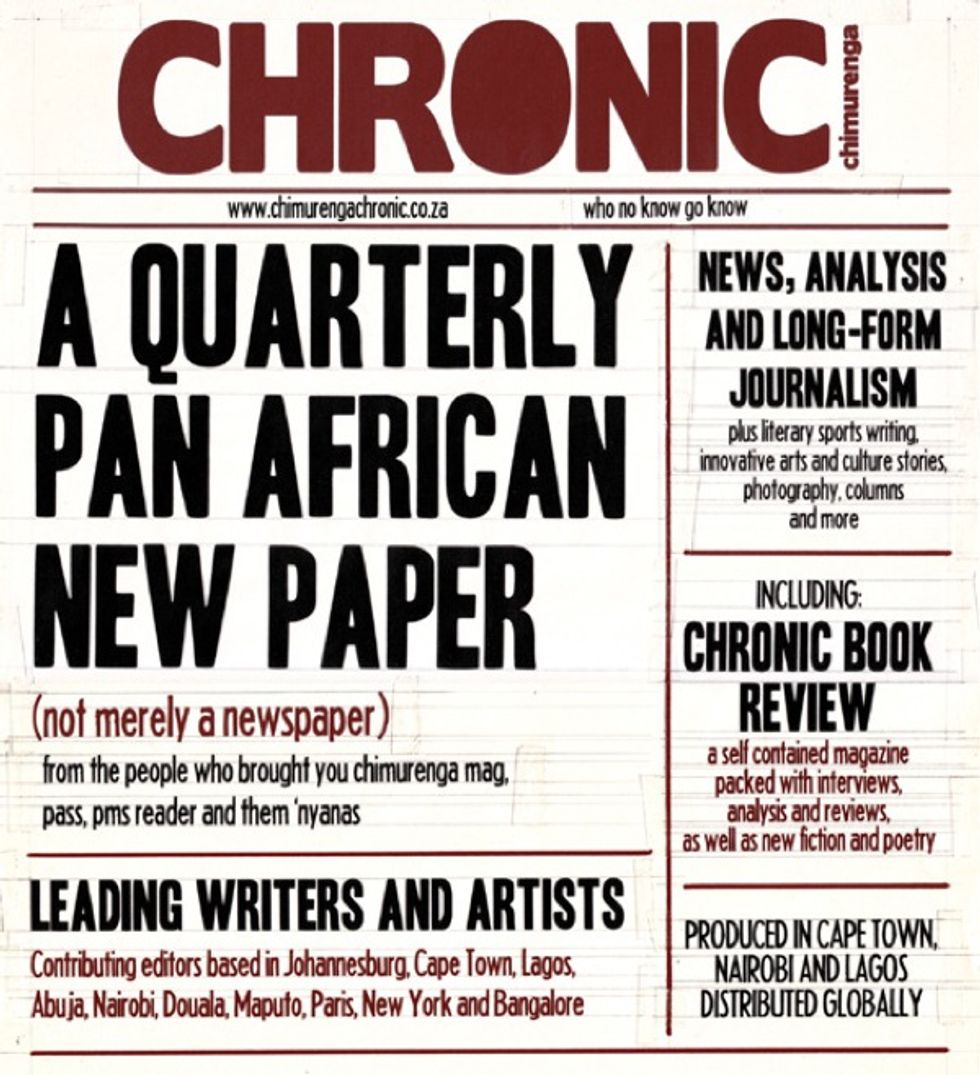 What is time? Novelist and literary academic Imraan Coovadia in his brilliant essay, "Midnight," writes that science has yet to come up with a satisfactory description: “an account of why it exists and how it progress… the physical time of the cosmos, expressed in the changes of subatomic particles and forces and billion sun galaxies, differs from historical time, with its emphasis on economic and cultural processes, and also from the psychological time of human beings." The point is that time is not as linear as we supposed it to be.

Working with the idea of time as plural and taking their cue from cosmic jazz visionary Sun Ra (who once said “equation wise, the first thing to do is consider internal linktime as officially ended …we'll work on the other side of time"), the team behind the award-winning Chimurenga Chronic imagined the once-off retrospective newspaper as a time machine. Published in 2011, the paper traveled back in time to the week of the xenophobic violence in South Africa (18-24 May 2008) which left scores of immigrants dead and thousands of others displaced.

Following on the success of the once-off edition, the Chimurenga Chronic will be launched as a quarterly Pan-African gazette 'now-now' at the end of March 2013. “It is a publication borne out of an urgent need to write our world differently," says the press release announcing the launch; “to begin asking new questions, or even the old ones anew." And later it says: “we titled it the Chimurenga Chronic, a nod to both the art of chronicling, of documenting historical events in real time (the time-zone we call 'now-now'), and because things are, well yes, chronic."

You can find out more directly from them.