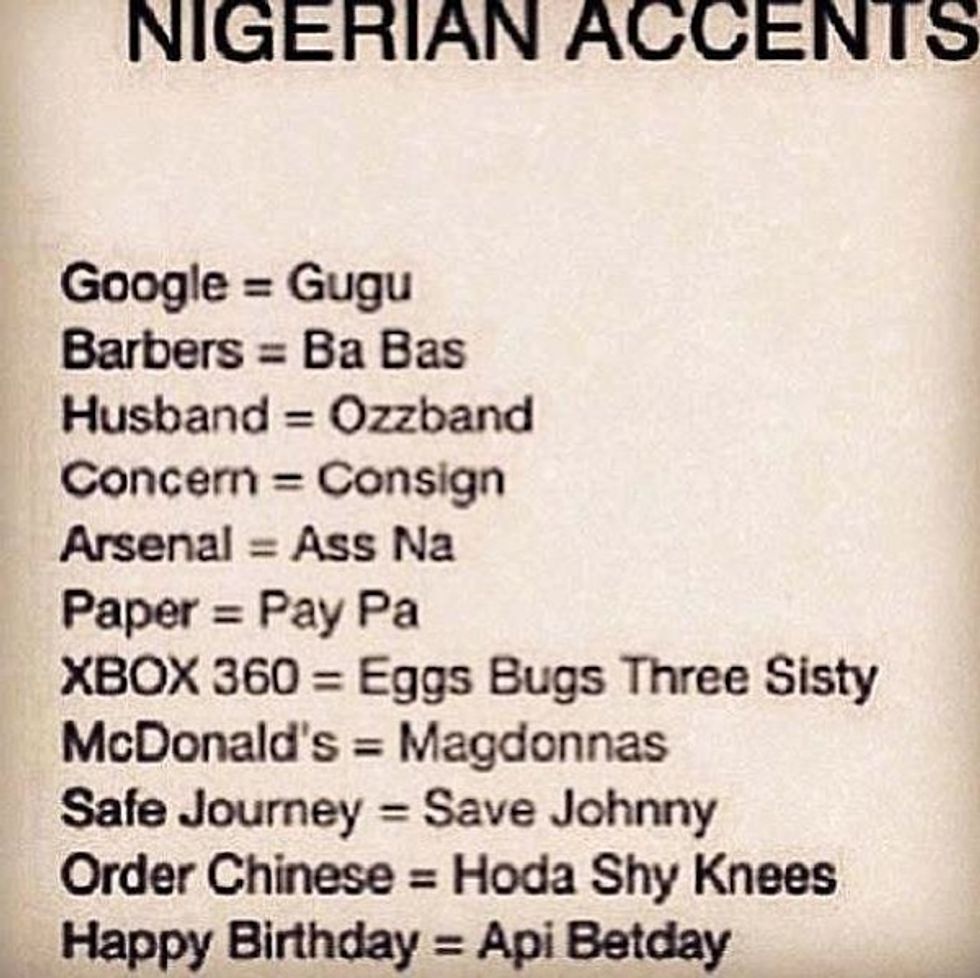 In case you missed it be sure to check out an excerpt from Chimamanda Adichie's new book Americanah set for a release this May. Featured in The New Yorker it begins, "In London, night came too soon. It hung in the morning air like a threat and then in the afternoon a blue-gray dusk descended, and the Victorian buildings all wore a mournful face. In those first weeks, the weightless menace of the cold startled Obinze, drying his nostrils, deepening his anxieties, making him urinate too often. He would walk fast, his hands swallowed up by the sleeves of the gray wool coat his cousin had lent him. Sometimes he would stop outside a tube station, often by a flower or a newspaper vender, and watch the people brushing past. They walked so quickly, as if they had an important destination, a purpose to their lives. His eyes would follow them, with a lost longing, and he would think, You can work, you are legal, you are visible, and you don’t even know how fortunate you are." And lucky for us the New Yorker also followed up with a Q&A with the visionary Nigerian author.

2. The Western Journalist in Africa

With the results of Kenya's elections declaring Uhuru Kenyatta as the victor, comes a thought provoking piece that necessarily questions Western coverage of African news. For Africa Is A Country Wa Ngugi writes, "In 1982, as the air force-led coup attempt in Kenya unfolded, we sat glued to our transistor radio listening to the BBC and Voice of America (VOA). In fact, the more the oppressive the Moi regime censored Kenyan media, the more Western media became the lifeline through which we learned what has happening in our own country. But in 2013, I and many other Kenyans saw the Western media coverage of the Kenya elections as a joke, a caricature. Western journalists have been left behind by an Africa moving forward: not in a straight line, but in fits and starts, elliptically, and still full of contradictions of extreme wealth and extreme poverty, but forward nevertheless." Keep reading for a critical analyses of Western representation, particularly the role of journalists in depicting single faceted truths.

3. Why Chavez and the Bolivarian Revolution matter to Africa

As we stated last week, the death of Hugo Chavez and his legacy have more implications for the continent than easily meets the eye. Abbas notes the significance of the fact that Chavez was the first president in Latin America to identify his African descent: "For many, this affirmation of cultural and racial pride was a restoration of dignity. It was a proclamation as important symbolically for Venezuela's historically marginalised population of African descendants and the entire region's Afro-American community, as Obama's ascendency to presidency was for African-Americans in the United States. The difference in their subsequent policies and impact on Africa has been stark."

4. How African Feminism Changed The World

In reflection of International Women's Day, Aili Mari Tripp writes an optimistic piece highlighting the relationship between Africa, feminism, and development. Debunking the myth that feminist ideals only came to Africa through the West, Tripp signifies that "the more significant contributions that African women's movements have made globally often go unnoticed. Far from following a trajectory that seeks to 'catch up' with Western feminism, several African countries and social groups have forged their own conceptions of equality and provided models for the rest of the world to follow."

We're not sure this qualifies as news, and despite Kperogi's intentions this piece can still read a bit condescending at times. However, placing all of that aside this article is certainly interesting as it attempts to work through how Nigerians pronounce English words, which I think most can agree is interesting to say the least. Kperogi explains why he isolates the Nigerian pronunciation of English: "Why isolate Nigerian English pronunciation for censure? Well, I guess it's because Nigerian English isn't a native variety and there are many important respects in which it radically departs from the two dominant varieties of the language. It would benefit people who are interested in international intelligibility in the English language to be aware of some of the major differences in the way common English words are pronounced, especially in comparison with the dominant dialects of the language."