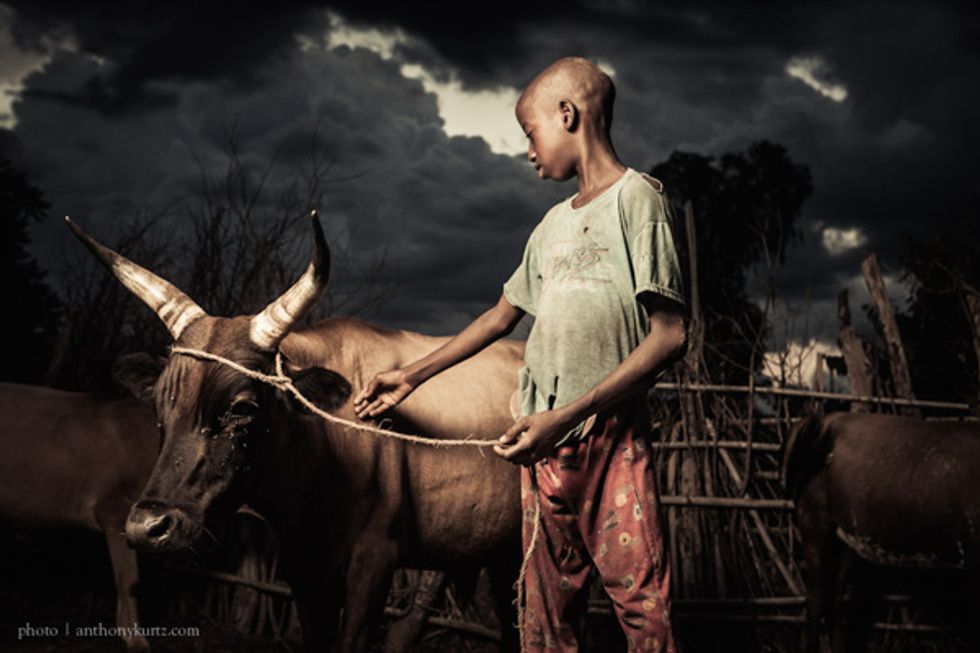 Check out the latest news on Africa for the week of Dec 16-20th, with in-depth African news featuring opinion pieces from global sources.

1. Nigeria: Curbing Violence in Nigeria (I) - the Jos Crisis

This International Crisis Group report is quite an informative read for those unaware of the crisis in Jos and Middle Belt region of Nigeria. At least one thousand civilians and children have died over the past 3 years, and while many are aware of the violence it has not gained much visibility in global media outlets. The report provides context for the violence and also deconstructs how Nigeria's various definitions of 'citizen' and 'resident' are at the root of the violence: "The Jos crisis is the result of failure to amend the constitution to privilege broad-based citizenship over exclusive indigene status and ensure that residency rather than indigeneity determines citizens’ rights." The report concludes with recommendations specifically for national and state governments, as well as international agencies such as the UN.

Is trafficking a modern day institution of slavery? This is the question explored by J.J. Gould in The Atlantic: "As pervasive as contemporary slavery is, it hasn't come clearly into focus as a global issue until relatively recently. There are a couple of big reasons why -- one having to do with the scale of the problem, the other with the concept of slavery itself." The article doesn't specifically focus on slavery in various parts of Africa, rather Gould is more interested in problematizing the difficulty we have in recognizing and classifying slavery today given its historical context. The comments below the article are kind of intense, but they signify that this is definitely a controversial topic that we need to unpack.

In an interview with Eleanor Whitehead for This Is Africa, we get to hear Mo Ibrahim discuss transparency in African businesses and issues of governance on the continent. Here's a quick snippet: "More broadly, Mr Ibrahim is bullish on the continent’s democratic direction. “A so-called Arab Spring can come in many forms – not only in the form of demonstrations. I think that a lot of African countries have gone through Springs in their own quiet way. There are maybe 30 African countries where peaceful change of power is in place; where reasonable elections are taking place and people come in and leave in an orderly fashion; where there is more space for civil society. So we are moving and slowly we are getting there. We need to see more of that.”

4. Mali's Crisis: Is the Plan for Western Intervention 'Crap'?

For Time World Bruce Crumley explores the Mali Crisis through an examination of how the Mali Crisis is also engaged ind discussions of the West's patterns of intervention in non-Western spaces. Crumley notes that "while there’s virtually total agreement within the international community that something must be done to force out the Islamist militants occupying northern Mali"  how to achieve it is extremely debatable. So far, officials in the West (specifically the US and France) have yet to agree on the magnitude of the Islamist militants in the North. Check out the article for a quick recap on what's happening in Mali, and the little dance Western governments perform before deciding if intervention in Africa is worthy of their time.

From African Digital Art, use some different cognitive skills and check out Anthony Kurzt's striking street photography of Senegal. Photographed in 2011, Kurtz took the photos while volunteering from the U.S. We know, it has that whole "I studied abroad in Africa and took cool pictures of the locals" kind of thing going, but Kurtz beats us to the punch. He states, "when I wasn’t needed, I photographed people in the village of Dindefelo (south of Senegal) where we were volunteering for three weeks. After “work” was over, I headed to Dakar to do more “strobist” style, street photography and worked on different personal projects. It is sometimes hard to convince people that your are taking these pictures because of your love for people and places with, what I define as, true character. I’m very glad I didn’t give up and I want to thank those who agreed to let me photograph them. I made sure people in Dindefelo received copies of their portraits and I hope they enjoy looking at them." Food for thought I guess.