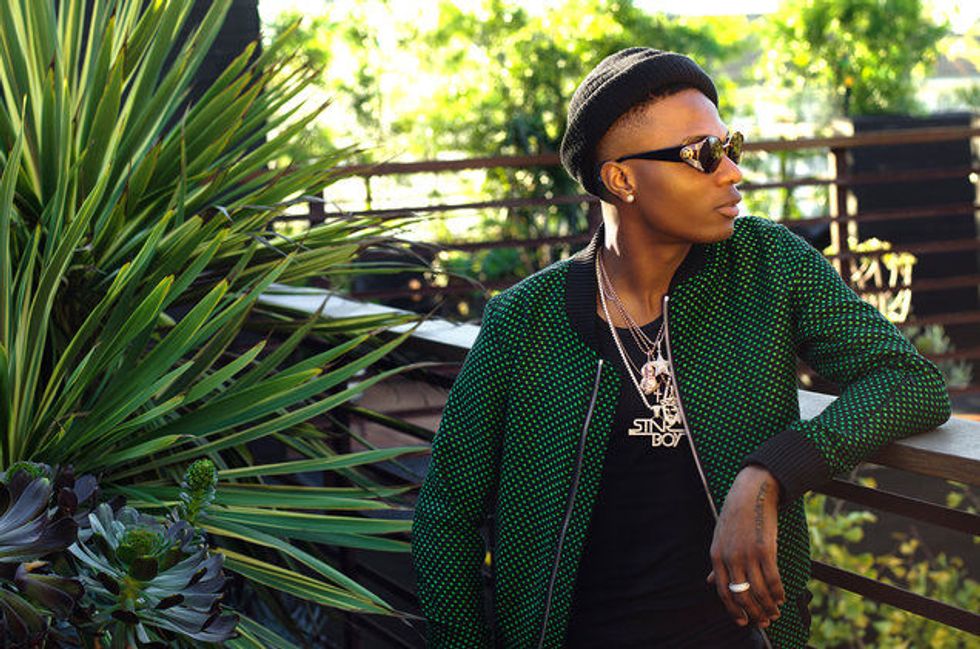 Get your daily fix of what's hot on the continent and the diaspora.

DIASPORA— Zanzibar-born artist Lubaina Himid and Jamaican-British painter Hurvin Anderson have been shortlisted for the prestigious Turner Prize for excellence in art. The age restriction has been lifted this year, and for the first time ever, all of the nominees are over the age of 40. At 62, Himid is the oldest person to be shortlisted for the prize. Read more on the story here.

DIASPORA—Nigerian-born spoken-word poet, writer and mental health advocate, Bassey Ikpi will have her memoir published with Harper Perennial. The book will chronicle the challenges she’s faced as a black woman living with bipolar II disorder and anxiety. The book, entitled, Making Friends With Giants, is due out in Fall of 2018. Read more about its conception in this article by her collaborator, Eric Smith.

EGYPT— Saad Mohammed of Belqina, Egypt has spent the last three years writing, what he believes, is the largest Quran in the world. Mohammed has written the 700-meter book entirely by hand and is looking to submit it for the Guinness World Record, but he needs a little help doing so. Read the full story via BBC Africa.

“In Trickster, Wiley explores the range of ways that artists engage with and draw from the world around them,” read a press release. “He employs the mythological trickster trope––existent in nearly every culture’s folklore––to not only examine how artists disrupt the status quo and change the way in which we think, but as a signifier of how people of color navigate both real and symbolic social boundaries inherent to their blackness.” Read the full press statement here.

NIGERIA—Wizkid has hinted at a new collaboration with Future for his upcoming album Sounds From the Other Side. ‘Big up the hommie big, Future! We got some heat on the way," he wrote in a tweet on Monday.

Wizkid is yet to announce a release date for his album, but according to Nigerian Entertainment Today, the project will also boast guest appearances from Alicia Keys, Sean Paul and Ty Dolla Sign.

SOUTH AFRICA— The All Africa Music Awards (Afrima) has partnered with the African Union (AU) for this year’s award show, with the mission of telling African stories through a showcase of the continent’s rich musical heritage. The plans for the show were unveiled on Tuesday (May 2) in South Africa.

The AU’s Head of Culture, Angela Martins, praised Afrima for its role in championing African arts on a global scale. “Afrima has been able to mobilise millions of people and renowned artists from the five regions of Africa,” she said. “Afrima celebrates artists, musicians, managers and producers. In 2016, it awarded and recognised the contributions that Manu Dibango, King Sunny Ade and Papa Wemba have made to African music.” Read the full story via the Independent Online.

DIASPORA— Nike is developing a new sneaker design to help three of the world’s leading long and medium-distance runners break the 2-hour marathon barrier. Distance runners,  Lelisa Desisa of Ethiopia, Eliud Kipchoge of Kenya, and Zersenay Tadese of Eritrea and have been handpicked for the campaign and are currently taking part in test-runs to help develop the performance wear. You can read a full profile on the runners and the project via Runnersworld.com.

SOMALIA—The youngest member of Somalia's cabinet, Abas Abdullahi Sheikh, was shot dead on Thursday after being mistaken for an Islamist militant, reports BBC Africa. The 31-year-old minister was killed by Somali forces in his vehicle, just outside of the presidential palace in Mogadishu. According to BBC Africa, Sheikh became Somalia's youngest MP in November and became a cabinet minister in February, when the country declared its new president, Abdullahi Mohammed Farmaajo.

Sheikh was born in Dadaab refugee camp before achieving political success, and was an inspiration to many young Somalis. Below is a short clip from TedxMogadishu of Sheikh answering the question, “what can you do for your country?”

"What can you do for your country?" - Somalia's youngest Minister Abass Siraji at #TEDxMogadishu. Rest In Peace. pic.twitter.com/lBORUaYHRY