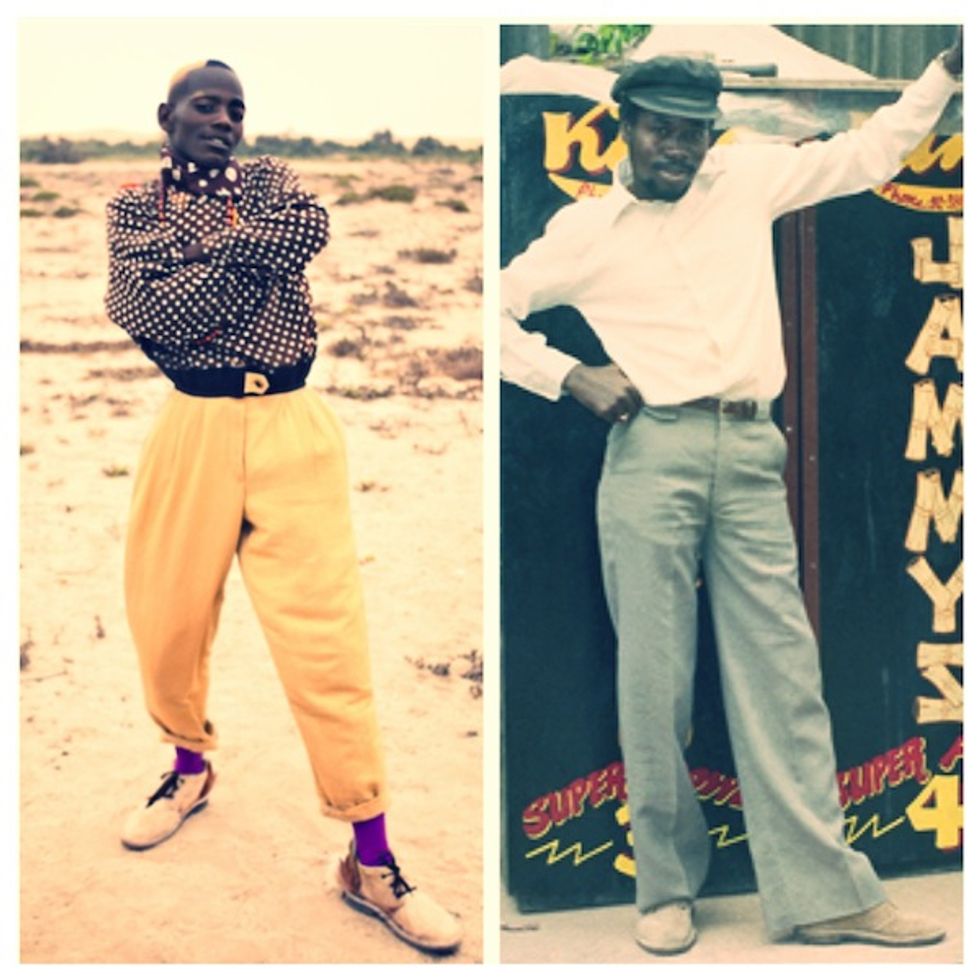 The Desert Boot is an icon of Jamaican fashion, often credited as coming from Britain. But what if the style actually emerged from Africa? LargeUp explores.

The Clarks Desert Shoe is one of those quintessentially Jamaican things, having made its way to the youth tastes of the island via British import after World War II. But, like many cultural things eventually claimed by the metropole, the iconic shoe may have actually have its origins in Africa according to this amazing photo essay by our family at LargeUp. The circulation of cultural styles across the diaspora is one of few lasting remnants of colonialism we can actually get down with — in the case of fashion, sartorial displays get mashed up and remixed in endless ways as they travel from continent to continent so much, it's often impossible to say exactly where the tastes of one country begin and another's end. Here's what LU had to say:

Ask any Jamaican where they got their Clarks, and you’d expect to hear England or America. But the answer might actually be Namibia. In fact, Namibians created a shoe exactly like desert boots as far back as the 1600s. Called “Vellies”—short for “Velskeon”—these shoes, made from durable kudu skins were originally worn by the Khoikhoi tribe before being adopted by the British.

How a traditional shoe from a small tribe in Southern Africa ends up becoming a shoe tradition in Jamaica brings new meaning to the term Triangular Trade. There’s no concrete proof that Clarks (which makes its desert boots from”hard” leather and “soft” suede, as noted by Kartel in “Clarks”) are the sartorial descendants of Vellies, but these pictures—taken by photographer Jason Eric Hardwick for Brother Vellies, a Brooklyn-based company that has begun importing “vellies” handmade in Swakopmund, Namibia—show a remarkable likeness, not only in the style of the shoe, but also the swagger of the wearer.

Check out some of the photos below, and head to LargeUp for the full feature.

>>>Read the full feature at LargeUp