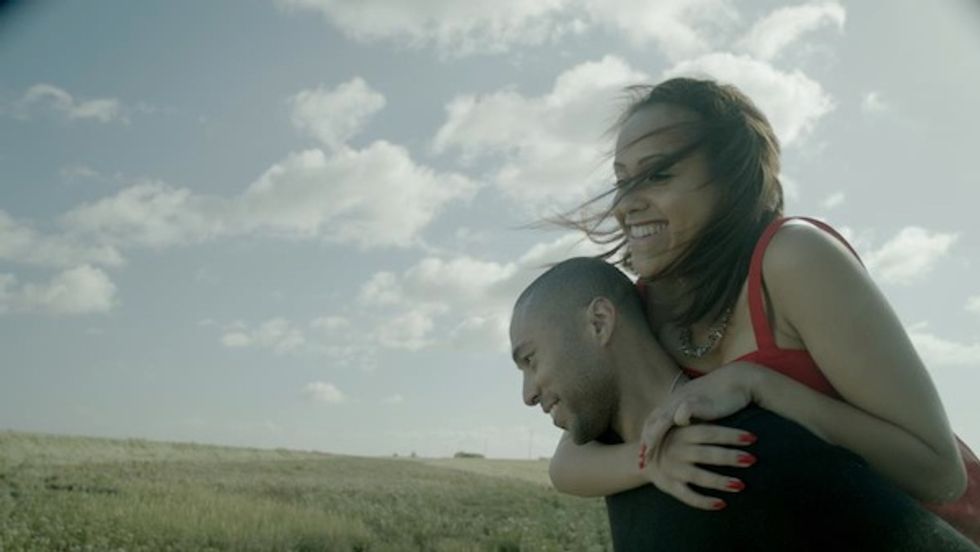 Check out a teaser for the new British short film "Touch" by Nigerian director Shola Amoo: A science-fiction project that tells the story of Jessica and George.

Above is the short teaser of "Touch," a new experimental film coming out of London. A venture to explore a different genre than most black directors, Nigerian Shola Amoo states that he wanted to create a film that reflected the variety in his taste:

I was tired of not seeing actors of color in the type of films I liked, whether it was art house or a lo-fi science fiction / fantasy film. I also noted that not a lot of these type of films were being made by black directors too. The actual story itself is quite crazy and again came from a mishmash of different influences ranging from random 80s based aesthetics, an interest in how the modern world and nature balances - and modern relationships in a technological world.

"Touch" tells the story of Jessica and George. "The two meet in an open field at a specific time and place everyday. George is in love – but unbeknownst to him, Jessica hides a devastating secret. As Jessica’s feelings for George grow, she must make an important decision that will change her life forever." We already love the look of the film and the breath taking cinematography. Check out the Facebook page to stay up to date on the film and possible screenings in upcoming festivals.