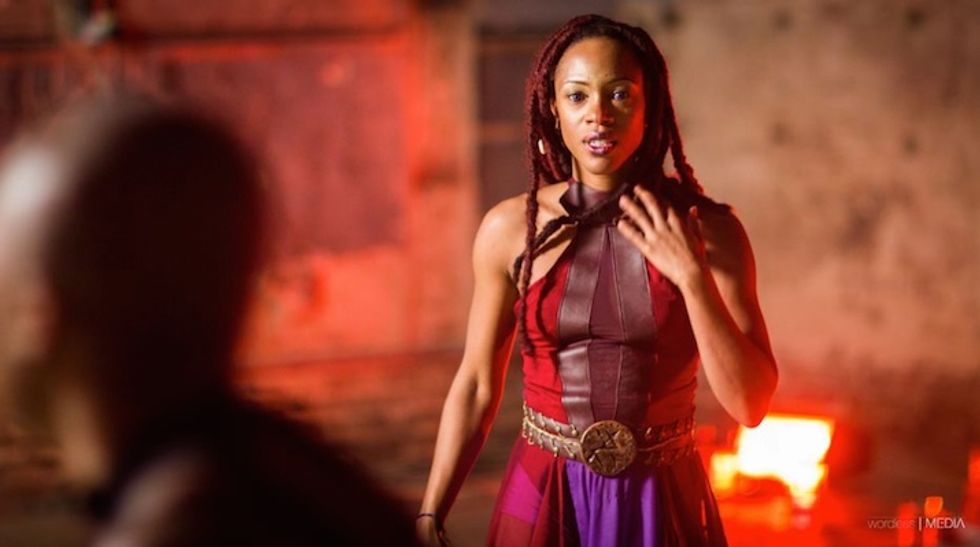 It's been almost two years since we first reported on Nigerian writer, director and producer Nosa Igbinedion's superhero film Oya: Rise of the Orishas, which reimagines the Orishas (folkloric deities of West African origin with mythical powers) as a band of crusaders fighting against evil forces. Since then, Igbinedion's short film has scored its creator the Rising Talent Award at the 2015 Screen Nation Awards in London and enjoyed successful screenings at festivals in Nigeria, Brazil, the US and across Europe.

Igbinedion's production company Igodo Films recently shared Oya: Rise of The Orishas in full online. They also revealed that the Oya project has been adapted for the silver screen with principal photography on the feature-length film version scheduled to begin later this year in Brazil. The London-based filmmaker shared in a recent interview that he made the short film in order to prove that there is a market for sci-fi films revolving around African characters and storylines. In this regard, Oya joins Ethiopian post-apocalyptic flick Crumbs in forging a path for future film projects from the continent within the realm of speculative fiction. In addition to the full-length project, Oya's creators have also confirmed plans for a comic book adaptation of the film, which is currently available for pre-order.