How Will African Teams Perform at the World Cup? 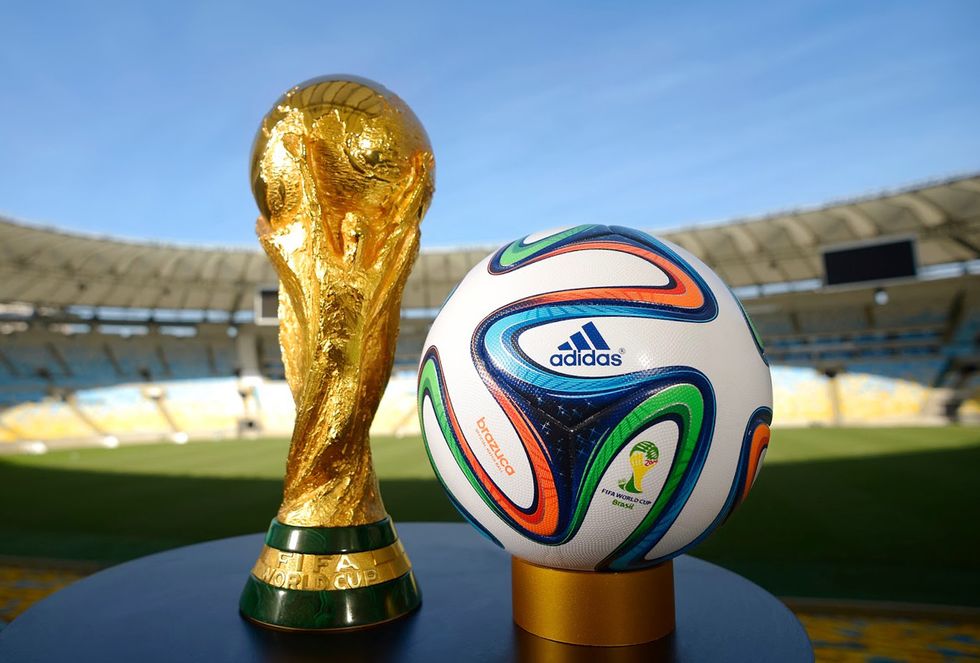 An in-depth look at the Confederation of African Football nations competing in the 2018 World Cup.

The 2018 World Cup in Russia is almost here, and with the most popular sports tournament in the world approaching, everyone and their uncle is trying to guess how far each of the 32 teams qualified will advance. But while most Western media are focused on powerhouses like Brazil and Germany, not much attention has been paid to the five teams that qualified from the Confederation of African Football.


So, how likely are Egypt, Morocco, Tunisia, Nigeria and Senegal likely to advance to the knockout stages, or even to win it all?

It certainly won't be easy. Usually considered perennial underdogs, only three African teams have made it to the World Cup quarter-finals: Cameroon in 1990 in Italy, Senegal in 2002 during their World Cup debut in South Korea and Japan, and Ghana in 2010 in South Africa. So it's fair to say that history won't be on the African teams side.

However, these three teams missed out on reaching the semifinals in dramatic fashion. Cameroon lost a one goal advantage against England with seven minutes remaining in regulation thanks to a penalty awarded to their opposition. They ended up losing 3-2 in extra time. Senegal was eliminated by a "golden goal" four minutes into extra time in their quarter-final game against Turkey. And Ghana missed out on scoring the go-ahead goal in the dying minutes of extra time during their game against Uruguay because Uruguayan striker Luis Suárez stopped the ball with his hands at the goal line. Ghanaian legend Asamoah Gyan missed the resulting penalty awarded during regular play, and Uruguay advanced after winning the penalty shootout.

So, maybe the thing missing for African teams to advance further is just a little bit of better luck, and perhaps Russia 2018 will be the place where the fortunes of CAF representatives change for the better.

The Pharaohs are back in a World Cup for the first time since 1990, and it couldn't have been a more dramatic qualification. National hero Mohamed Salah scored a 94th minute penalty to take the win in their second-to-last game of qualifiers against Congo.

The Liverpool striker, who will finished this season as the Premier League top-scorer, and who lead his club into a Champions League final, will be fundamental for his nation's chances in Russia. Salah already won the hearts of his people––he finished second in his country's presidential elections this year, despite not being a candidate––but it remains to be seen if he can lead a team with no World Cup experience to victory.

Not even their 45-year-old, four-time winner of the Africa Cup of Nations goalkeeper, Essam El-Hadary––who will break the record for oldest player to play in a World Cup, currently held by Colombia's Faryd Mondragón––has played in a World Cup.

But they do have an experienced coach, the Argentine Héctor Cúper, who has had a managerial career spanning three decades, although he also has never been to a World Cup. Nevertheless, he has proven to be a good match for Egypt, demonstrated by the long-awaited return of the Pharaohs to a World Cup.

Egypt are also in a seemingly easy Group A which includes hosts Russia, Saudi Arabia and Uruguay, all rivals that the northern Africans could potentially beat. If they manage to advance, however, they'll most likely be facing a Cristiano Ronaldo-led Portugal, or a stacked Spanish team, so their run might not last long.

Morocco easily won their qualifying group without dropping a single game, or allowing a single goal. They're back at a World Cup for the first time since 1998, and they'll be looking to improve their performance from back then, when they finished third in the group stage and went home early.

However, they have a steep Group B to climb, as they'll have to face Spain, Portugal and Iran. Both Iberian teams are the heavy favorites to advance here, but Morocco's solid defense, lead by Juventus' Mehdi Benatia, is not to be underestimated.

Their problem might be lack of offensive power, as the three of their six games in the last round of qualifying that ended in 0-0 demonstrate. They'll have to trust their top scorer in the qualifiers, Khalid Boutaïb, and Ajax star Hakim Ziyech rise up to the occasion and bring in goals to support the defensive labor of their teammates.

Morocco will also have the experienced French coach Hervé Renard on their side, who won the Africa Cup of Nations both with Zambia in 2012 and with Ivory Coast in 2015, and could bring some international competition experience to the team.

The African powerhouse Nigeria qualified for their sixth World Cup—since 1994, they have only missed one tournament, in 2006 –– with a wide margin over their qualifying group rivals, even though they lost one point due to a sanction for fielding an ineligible player in a game against Algeria. In Russia, once again they'll have to face Argentina—they've played each other four times in World Cups, and Nigeria have lost all of those games. But they'll also face Iceland and Croatia in Group D.

The Super Eagles' combative and dynamic midfield, lead by captain John Obi Mikel and Leicester City's Wilfred Ndidi, paired with the attacking power of Arsenal's Alex Iwobi and Leicester City's Kelechi Iheanacho, are promising enough to believe that Nigeria could advance from this group. However, they'll be missing legendary goalkeeper Vincent Enyeama, who retired after the last World Cup, as well as his replacement, Carl Ikeme, who had to retire last year due to a leukemia diagnosis.

If Nigeria manage to pull through, they will be facing a team from Group C, which includes France, Peru, Denmark and Australia, with possibly a good chance of moving on to the quarter-finals. Of course, first they'll have to face a surprising and energized Iceland in their World Cup debut, and a very talented Croatian side.

Tunisia qualified for their fifth World Cup, and first since 2006, by beating DR Congo by one point. And, although they did not allow any goals in the last round of qualifying, they're generally viewed as the weakest of the African teams to have qualified for Russia.

They'll be in Group G with stacked Belgium and England teams, and with fellow underdogs Panama. Their hopes relied heavily on their offensive trident of midfielders Wahbi Khazri and Naïm Sliti, and striker Youssef Msakni. Unfortunately, Msakni injured a knee ligament while playing in the Qatari league, and is now out of the World Cup.

A few weeks before the injury, Tunisian coach Nabil Maâloul had said that, for Tunisia, playing without Msakni was like Argentina playing without Messi. Now this Tunisian nightmare has come true, and the country's chances to advance have diminished notoriously. It looks very unlikely now, but if Morocco manages to advance, they'll face a team from Senegal's group. In the Round of 16.

Senegal might be the most talented African team in this World Cup. Star players include Liverpool's Sadio Mané, Napoli's Kalidou Koulibaly, Monaco's Keita Baldé, and Everton's Idrissa Gana Gueye. They are coached by Aliou Cissé, who was the captain of the national team during the historic 2002 run, and is still a popular figure among fans and players.

This is Senegal's first World Cup since that Korea and Japan adventure, and their problem might be that they have not had much international competition experience. They will also be in Group H, perhaps one of the most evenly-matched in the competition, where they'll face Japan, Poland and Colombia, all games with no clear favorites—except when facing Japan, one of the worst-ranked teams to make the World Cup.

But if things go their way, Senegal could be moving on to face a team from Tunisia's group and perhaps then into another historic run.