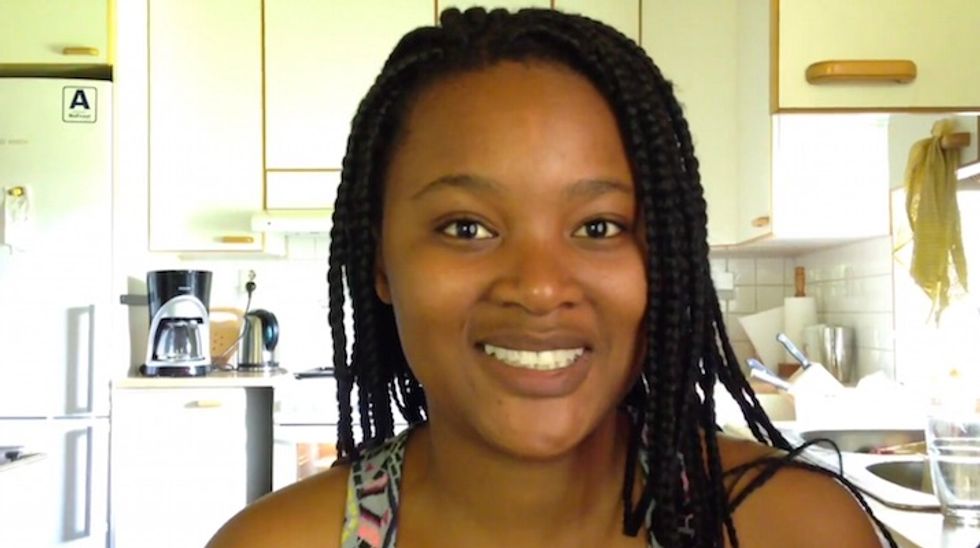 On Monday, Siyanda Moutsiwa (@SiyandaPanda), a 22-year-old writer and pan-Africanist from Gaborone, presented the prompt: "If Africa was a bar, what would your country be drinking/doing?" Using the hashtag #IfAfricaWasABar, people from all over the continent (and diaspora) began chiming in with hilarious, satirical, cheeky hypothetical bar-antics.

Moutsiwa put the hashtag in full swing by sharing some of her own witty tweets:

If Africa was a bar, Botswana would be drinking chibuku in public and champagne in private. #ifAfricawasabarpic.twitter.com/pa3xELWY1t — Siyanda-Panda (@SiyandaWrites) July 27, 2015

#ifAfricawasabar Swaziland'd be drinking traditional beer while secretly wishing it cld hv some of this "lager" folks are always talking abt — Siyanda-Panda (@SiyandaWrites) July 27, 2015

#ifAfricawasabar Nigeria would be drinking champagne while ordering Chibuku for take away. — Siyanda-Panda (@SiyandaWrites) July 27, 2015

#ifafricawasabar South Africa would be drinking all kinds of alcohol and begging them to get along in its stomach... — Siyanda-Panda (@SiyandaWrites) July 27, 2015

#ifAfricawasabar Ghana would be that guy who gets drunk and starts - for some reason - talking about how much God loves us all — Siyanda-Panda (@SiyandaWrites) July 27, 2015

Only a day later, the hashtag has garnered over 50K uses, according to Twitter analysis website Topsy. Speaking on what inspired the question, Moutsiwa explained she "thought it would be a fun way for Africans to laugh at themselves and each other by putting geopolitics in a comedic light."

The beauty of #IfAfricaWasABar is you need to know the political and social structures of these countries to understand some of the jokes — Yann-Lazare (@AfricanBruhh) July 27, 2015

The tweets are an opportunity for Africans on social media to talk about Africa without interference of international media--a stride towards claiming and creating a first-hand narrative. "Africans on social media are dying for opportunities to talk about Africa," Moutsiwa told CNN. The hashtag, she said, provided "a safe space to do that, without being spoken down to by international media." Take a look at what Twitter users say this socially complex, 54-nation bar would look like.

#IfAfricaWasABar Zimbabwe and Zambia would be fighting over a white girl named Victoria. — Topher (@Chrisposure) July 27, 2015

#IfAfricaWasABar Sierra Leone would be hyped just to have gotten in. — og mami wata. (@ButItsMusuDoe) July 27, 2015

#IfAfricaWasABar Lesotho would be that person who nobody really knows but is always in the pictures.

#IfAfricaWasABar its television would be dominated by foreign media that mostly portray a negative image of African people/countries.

#IfAfricaWasABar Everyone would be like, "that IMF guy is so cool for getting everyone drinks" not knowing EVERYONE'S drink getting spiked