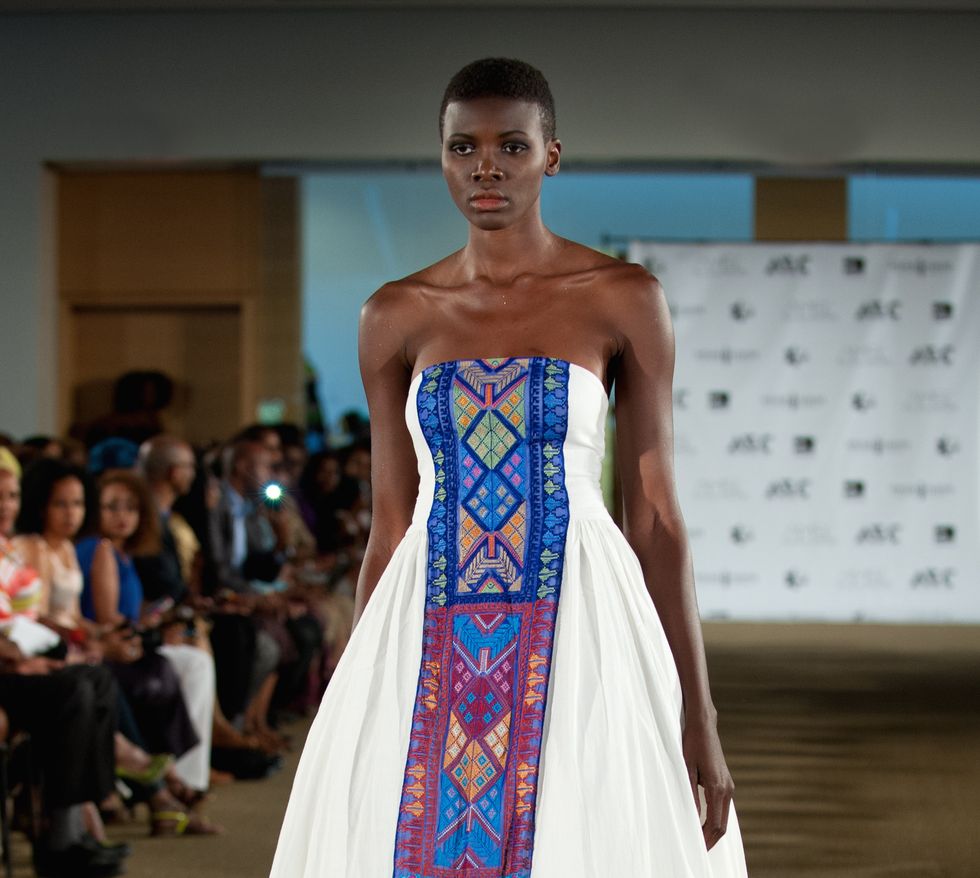 Below, Beri Gebrehiwot, co-founder of Her Big Day, highlights ten of the buzziest wedding designers on the African continent and in the diaspora.

After recognizing the need for a simpler wedding dress, Ethiopian-American designer Amsale Aberra started her own bridal company and began to sell her gowns in high-end boutiques and department stores like Saks Fifth Avenue and Neiman Marcus in the 1980s. In 1996, Aberra opened her flagship store on New York City’s Madison Avenue. Amsale continues to be one of the leading bridal designers in the industry.

Courtesy of Brides by NoNA

Atlanta-based Nigerian designer Nneka C. Alexander, creative director at Brides by NoNA, is making a name for herself as a bespoke bridal designer of custom-made gowns. And Alexander's skill in elaborate design spills over to other dress categories as well, including evening wear, bridesmaid gowns and traditional gowns for the cultural bride.

David Tlale and his eponymous brand have graced just about every premium fashion week platform in the world. Not surprisingly, the South African designer’s bridal line is equally show-stopping. Black wedding gowns and African print wedding gowns are just a few examples of Tlale’s unconventional take on the wedding dress.

Initially working in the nonprofit sector, the now Abu Dhabi-based Farida Deglel put on her first fashion show in Eritrea. A fundamental of her brand is the use of historic fabrics, such as organic Eritrea-grown cotton, fused with traditional and modern designs. Her company, Farida Style, readily portrays Eritrean, Middle Eastern and Western influences.

At the age of eleven, Gbemi Okunlola was named London's youngest fashion designer. At fifteen she won the 2009 Young Avant Garde Designer of the Year award. Okunlola became a British household name in 2011 when she appeared on the BBC's Young Apprentice show at the age of 16. And now, at 20, she’s the youngest bespoke bridal designer in the UK as the boss lady behind AloNuko. After completing her studies and several apprenticeships, Okunlola went on to launch her own luxury bespoke bridal collection in July 2015.

Halima Gidado is the founder and creative director behind the Abuja-based Brides & Babies Inc., known for everything from the classic ball gown to the sultry mermaid dress. And just in case you were wondering, yes, they do custom design clothing for babies.

It's no wonder that Mai Atafo, winner of Allure Style Icon 2011 (Nigeria), would have a niche for bridal design. The Nigerian designer’s brand, Mai Atafo Inspired, launched a bridal line in 2011 after establishing a successful line of men's suits and evening wear. His bridal line, Weddings By MAI, is a collection of timeless and graceful gowns for the classic bride.

Gracing major fashion shows such as Black Fashion Week Paris, Cameroonian haute couture fashion designer Alain Martial Tapolo has been compared to iconic designers such as Alexander McQueen and Givenchy. His passion for African art and design comes across in garments that demonstrate deep ties to his roots, like this 'Tribute to African Queens'.

UK-based Nigerian designer Yemi Osunkoya is an award-winning fashion designer widely acknowledged for his avant garde approach to wedding and evening gowns created for Nigerian and British royalty and celebrities alike. His company, Kosibah, is a household name in both Nigeria and the UK.

Beri Gebrehiwot is the co-founder of Her Big Day. In 2012, she successfully planned her own 1,500 guest, Eritrean-American wedding and has since been inspired to help other women do the same through cultural wedding shows.