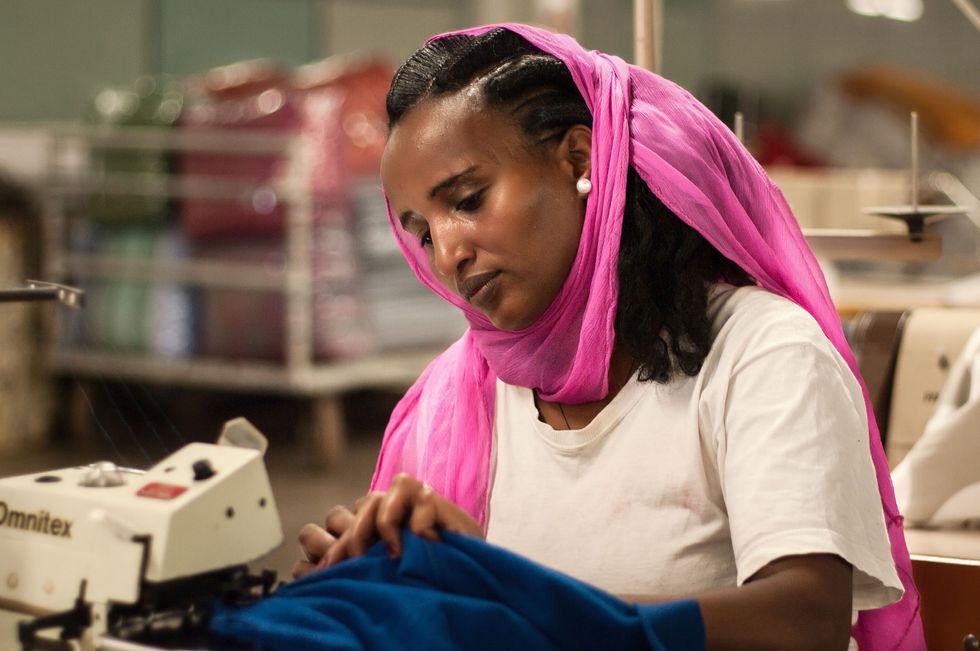 Gender stereotypes have been identified as one of the barriers to women achieving leadership positions. Generally, stereotypes against women are often based on preconceived notions of what women are assumed to be capable of. In view of the above, it is not a novelty to find women in the workplace being assigned tasks based on stereotypical notions.

These assignments may come in form of making coffee at meetings, getting lunch for others, getting office supplies, being assigned soft roles among other tasks. Generally, activities thought to be best carried out by women even if they were not employed for these jobs.

While engaging in gender stereotyped assignments may often be termed as “help” and not seem harmful at surface level, studies have shown that occupational segregation could exclude women from attaining leadership positions. Reason being that, gender biased assignments are generally less challenging and do not fit into the category of promotable or rewarding assignments.

As seen in workplaces around the world, African women also experience gender stereotyping. Ada*, an office assistant residing in Lagos, stated she was asked to make her boss coffee. When she refused to she was told that as a woman she was expected to. Although she did make the coffee, she made sure her employer knew she was unhappy with the assignment.

On the other hand, Joy*, an academic, spoke about being frequently assigned the responsibility of advising students aside from delivering lectures, because it was assumed she would do a good job as a woman. She sees this as a good thing and believes by advising the kids she is learning people managing skills.

Recalling her experience with gender stereotyping at work, Bethlehem Negash, a communications manager talked to me about her time as a senior reporter for the first private newspaper in Ethiopia.

“I was working as a senior reporter for a prominent (the first private) newspaper in Ethiopia. There were two of us in the same position covering for different pages and columns,” Negash says. “We were also hired at the same time during the paper’s bid to become twice weekly instead of a weekly one."

"At one point, it was time for us to get promoted to be new batch of editors. There were four pages that we could choose from—politics, op-ed, society/arts and culture. The other person was a man so by default, our boss asked him to choose from the first two and I was told to pick from the last two. I refused and made a point that I have proved that I can write on any given topic and I chose politics.”

Generally, roles assigned to women based on gender are often nurturing, as in the case of Ada and Joy, or soft roles, as in the case of Bethlehem. These type of roles do not require problem-solving skills which most promotions are based on and lead to no reward.

In agreement, Negash says, “In journalism, for instance, women get ‘soft’ issues and unchallenging topics, which means they have minimal chances of being taken seriously, get promoted and sit at the table where decisions are made.”

“Women need to be assertive, push boundaries and take challenging assignments. They also need to confront people and make a point that work should be assigned based on capabilities and on merit.”
Sherly Sandberg, COO of Facebook and author of the book Lean In, is of the opinion that assignments given to women based on gender stereotypes are not considered as serious work. Therefore, women who engage in these tasks which she terms as “office housework” do so at the expense of their time and career.

In order to show the effects of assignments on career advancement, a Catalyst study examined the nature of projects given to 1,600 high-potential business school graduates and found that men got more critical assignments that lead to advancement than women. While men may be given certain tasks based on their gender, it is important to state that they negotiate themselves out of assignments that aren’t rewarding. This begs the question—if men are able to avoid unrewarding assignments, why not women?

The fear of being accused of insubordination, not being seen as team players, the want of being liked amongst others has been identified as some of the reasons women accept certain assignments. Agreeably some reasons for accepting these assignments may be valid. However, if attaining leadership positions is the goal, women have to find a way to turn down these assignments and stop being busy doing nothing.

I spoke to Yetunde Odugbesan Omede, CEO of Yetunde Global Consulting and a professor of global affairs on how women can handle themselves when faced with workplace gender stereotypes.

Of Patriarchy at Work and Handling Workplace Stereotypes

Giving an insight into workplace stereotypes women face, Omede notes that generally, sexism plays a major part in regards to promotion and women acquiring executive roles—especially in corporate and many other fields where men outnumber the women in executive offices. “So, it's not just the assignments it's the structure, the system and how patriarchal views creep into the workplace,” Omede says.

Undoubtedly, patriarchal view sneaks into the workplace and this influences the way women are viewed. This can be seen via some male bosses having a certain unconscious bias towards women, which is reflected in the way they engage women at work. The reason for the bias is based on the thinking that women should not be in the workforce, should serve men, or are not capable of leading. This perception has sometimes led to women being assigned chore like duties or soft roles that they were never employed for.

On negotiation strategies, Omede is of the view that gender stereotypes need to be addressed in a constructive way. “You can do two things choose to the work. Do it exceedingly well, show your expertise and desire to work on projects or assignments that reflect your level of expertise. Or, you can suggest or create an actual assignment in lieu of the one presented and state how focusing in such area will produce more effective results especially for both parties.”

She stated further that it is important to address gender stereotypes head on in ways that are teachable moments. “And if your workplace or boss is clearly not harnessing the expertise or knowledge that you bring to the table in an appropriate way, then it's time for you to make the decision to go to a place that will harness your talents and respect what you have to offer.”

Ada made her point by expressing her dissatisfaction with coffee making; Negash was more assertive as she got the job she wanted. While there is no unified answer for how women can handle issues of discrimination at work, is important women are aware of gender biased assignments, its consequences and find ways to navigate themselves towards more rewarding tasks.

“Women need to be assertive, push boundaries and take challenging assignments," Negash says. "They also need to confront people and make a point that work should be assigned based on capabilities and on merit.”

It is important to note that if after expressing your views on gender bias in form of assignments given at work and the situation persists, there is always, like Omede says, "The option of starting your own business and creating your own rules."