This Film Documents the Lives of Africans in China 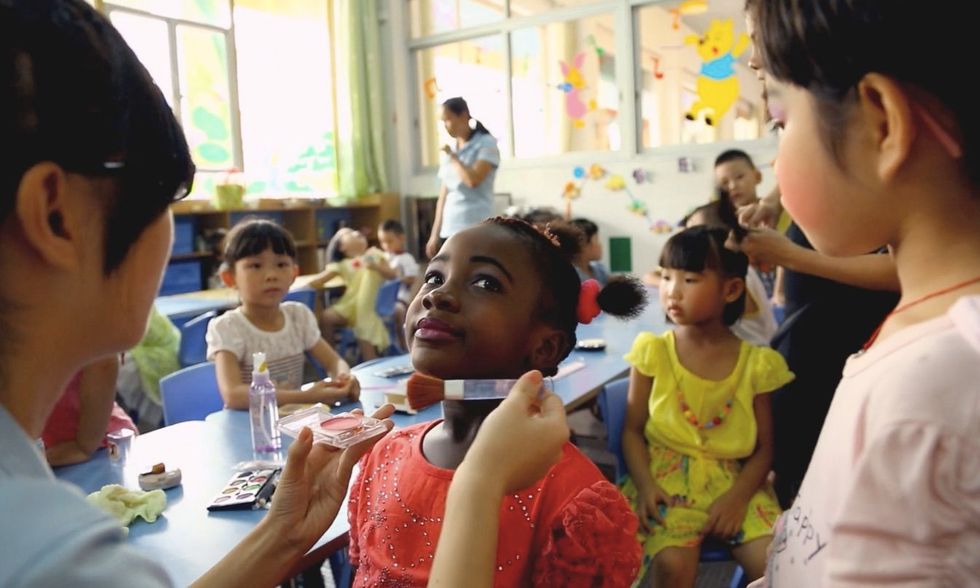 Guangzhou Dream Factory, is a new documentary by Christiane Badgley that shows life in China from the perspective of African immigrants.

A new documentary seeks to highlight the experiences of African immigrants living in China.

Guangzhou Dream Factory, a new film by Christiane Badgley and Erica Marcus, centers on the Southern-Chinese city of Guangzhou, a trading hub nicknamed "Chocolate City" for its high population of black residents, which is "estimated to be at 20,000 to 100,000 or more," reports Quartz.

Immigrants living in the area deal with overt racism and are often though of as criminals. These types of harmful perceptions are what Badgley hopes to disrupt with Guangzhou Dream Factory, by relaying the firsthand accounts of Africans who have migrated to China to build new lives for themselves.

"It was important for us to share images of Africans that we rarely see in Western—in particular the US— media: dynamic, striving, resilient, entrepreneurial. Some of the people in the film are struggling—that’s true—but they are all determined to get ahead," said the filmmaker in an interview with Quartz.

"Working on projects set in Africa and with African filmmakers for many years, I’m acutely aware of the problematic portrayals of Africans in Western media. We hope that Guangzhou Dream Factory will expand Americans’ understanding of African realities and allow a more nuanced appreciation of the challenges facing the continent."