A Tragedy: Africans Mourn Those Lost on Ethiopian Airlines Flight 302 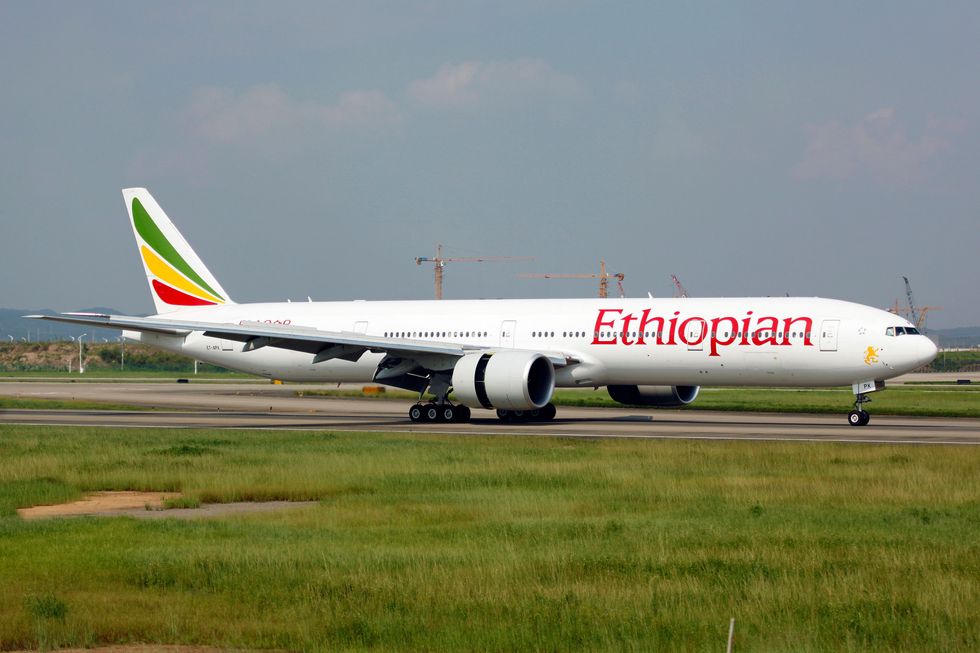 The tragic news of the Ethiopian Airlines carrier heading to Nairobi from Addis Ababa crashing shortly after takeoff dominated headlines and timelines from Sunday through today. Here's what we know about the incident so far.

The Boeing 737 Max 8, flight 302, held 157 people, including the crew, hailing from over 30 countries, BBCreports. There were no survivors.

The safety of the Boeing model has been called to question as a Lion Air carrier of the same model crashed into the sea near Indonesia killing 190 people just under 5 months ago.

According to investigators, the flight recorders have been recovered from the site of the crash. Ethiopian Airlines also released a statement Monday, declaring they have grounded their fleet of Boeing 737 Max 8s "until further notice."

"Although we don't yet know the cause of the accident, we had to decide to ground the particular fleet as extra safety precaution," the airline states.

Major media outlets from the western hemisphere led the coverage of this incident—which in turn came with erasure, unwarranted blame and plain irresponsibility.

It's expected that outlets will tailor coverage according to their various audiences, but that still does not warrant ignoring the loss of black bodies—as Kenya lost the most nationals out of all the European countries that were highlighted instead.

Broadcast outlets also attempted to push the narrative that this tragedy was a result of a "poor safety record"—which in Ethiopian Airlines' case is untrue. Aviation expert Alex Macheras had to make that clear on TRT World in the clip below.

Claiming @FlyEthiopian is an airline with a “poor safety record” because of hijacking attempts over last 20 years… https://t.co/a0cieuDtg0
— Alex Macheras (@Alex Macheras) 1552230308.0

"Shifting the tenor with which African stories, tragic or otherwise, are reported in western media requires an acknowledgement of both African humanity and of all the social forces that have conspired to erode it in the public consciousness," Hannah Giorgiswrites in an analysis for The Atlantic. "It demands accountability, not to western audiences for whom proximity is the only shortcut to empathy—but to black victims and the readers who would most easily join their ranks."

The names and stories of the deceased are slowly coming to light after the families of those lost have been informed of their loved ones—including 28-year-old pilot Yared Getachew.

"With his impeccable record as a pilot, he was one of the youngest in Ethiopian Airlines history to captain a Boeing 737. As a confident captain, his seniority at Ethiopian Airlines comes with an accomplished record of 8,000 hours flight time, and has made us incredibly proud of his achievements," his family says in a statement. "We ask for you to keep our family in your thoughts and prayers as we go through this difficult time."

Pius Adesanmi, an acclaimed Nigerian writer, professor and public intellectual, was an other passenger on this flight. Brittle Paper adds that Adesanmi was traveling on his Canadian passport, as he was a professor at Carleton University. He was known for his satire and critique on Nigeria's political and social systems and was a popular columnist for Premium Times and Sahara Reporters. An author, books of note include Naija No Dey Carry Last (2015) and You're Not A Country, Africa (2011)—which landed him the inaugural Penguin Prize for African Writing for nonfiction. He was also a recipient of the Canada Bureau of International Education Leadership Award.

Our thoughts are with the victims and their families. Take a look at more names of those who were lost below.

My condolences to families of the victims of the #EthiopianAirlinesCrash and in particular Prof Agnes Gathumbi and… https://t.co/J3yUrqG98Y
— MKU Chairman (@MKU Chairman) 1552290568.0

R.I.P my friend Cosmas Kipngetich Rogony. You made your mark as an exceptional medical engineer. Too young to depar… https://t.co/ZHulA1KT3z
— Kalos Says (@Kalos Says) 1552289933.0

When we were in our early 20s, the youngest within the Ibadan/ Lagos literary community, we promised each other tha… https://t.co/ymJoL1uufB
— Lọlá Shónẹ́yìn (@Lọlá Shónẹ́yìn) 1552246818.0