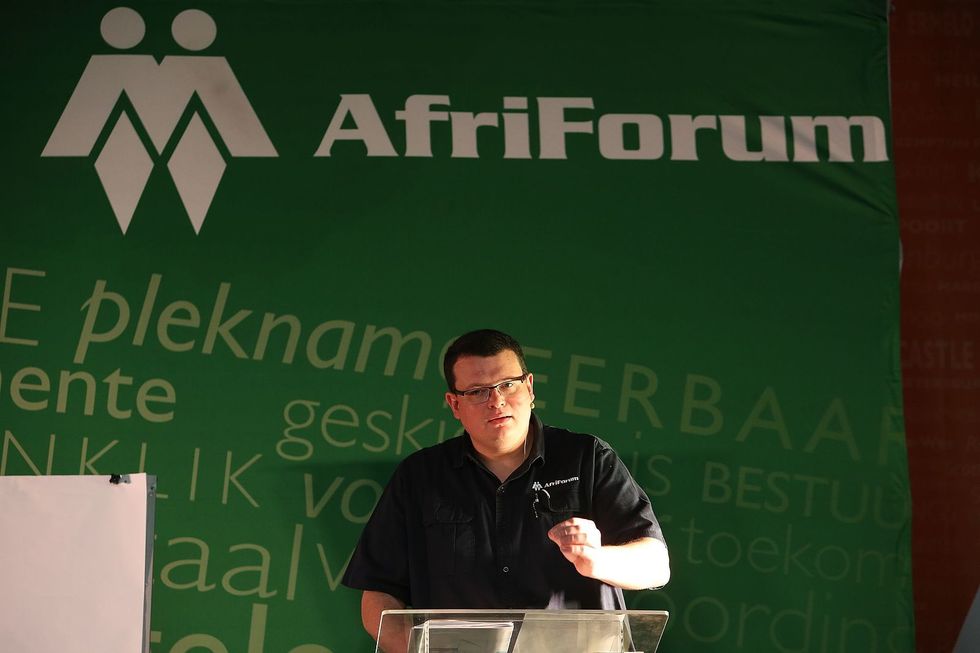 The group that reported Huffington Post South Africa for hate-speech considers itself a champion of minority rights but it's really something far more nefarious.

More than a week ago, the online publication Huffington Post South Africa was tricked by a man working for a right-wing think tank into publishing a fake blog entitled "Could it be time to deny white men the franchise?".

The fallout was swift. HuffPo SA’s new editor-in-chief, Verashni Pillay, subsequently resigned. As unfortunate as this chain of events has been, what's interesting is the involvement of a group called Afriforum. It was their members that reported the online publication to the Press Ombudsman citing the blog post as an example of hate speech that targeted white men. But just who and what is Afriforum?

Afriforum calls itself a civil rights organisation whose main goal is to protect and preserve the culture, rights and freedom of specifically white Afrikaans people in South Africa. The group has been shrouded in much controversy since its conception in 2006. While the minority rights of white, coloured, Indian and East Asian people in South Africa are just as important as those of the black majority – that goes without saying. However, the unfortunate and heavy association of the Afrikaans heritage with that of the Apartheid legacy means that we as a country are faced with the dilemma that constantly begs us to distinguish between cultural preservation and holding onto attitudes and practices that to others, are largely oppressive.

In the past, Afriforum has unashamedly referred to Apartheid as a 'so-called historical injustice'  and 'a woolly concept'. It becomes immediate why the group is problematic. This reflects a long-held sentiment within the general Afrikaans community that asserts that South Africa was better governed, more economically stable and prosperous under the Apartheid regime, notwithstanding the oppression and unjust treatment of black people.

An Afriforum protest in Pretoria. Photo via Wikimedia

Many individuals from political analysts, ministers of parliament, and journalists to the Chief Justice of the Constitutional Court, have all accused Afriforum of being divisive. Afriforum has had issue with the renaming of streets and buildings historically named after several Apartheid government officials, they have opposed affirmative action citing reverse racism and the alleged growing unemployment of white people. They have (and understandably so) sought to raise awareness around murders of white farmers but problematically attributing them to a ‘white genocide’ and insisting on the use of Afrikaans as the medium of instruction at multiple tertiary institutions including the University of Pretoria and the University of Stellenbosch. All this, in the name of preserving the Afrikaans way of life.

I don't buy any of this. In fact, I'll even go as far as saying that aside from the genuine acts of cultural preservation, which in the public eye are admittedly few, the practices of the group appear to be centred more around preserving and perpetuating white supremacy, privilege and what oftentimes treads very closely to racism. This is unsurprising given the reluctance of the greater Afrikaans community to thoroughly engage topics around the legacy of Apartheid and its role in the country's socioeconomic issues, the disenfranchisement of black people, the issue of land reform and institutional racism.

Furthermore, and what is uncanny about Afriforum, is how they have often exaggerated the plight of the Afrikaans minority in this country. In an open letter a few years ago to the CEO of Afriforum, Kallie Kriel, the editor of News24, Adriaan Basson, accused Afriforum of doing just that. He spoke of how the group magnified crime especially against white people when the statistics showed that impoverished black people were more vulnerable to violent crime. Basson cited how the unemployment rate of white people had significantly decreased, the only one to do so, compared to that of the black population as well as how, out of the top 10 richest people at the time, four of them were specifically Afrikaans. Basson, a proud white Afrikaans man himself, expressed his dismay at the group's failure to inform its members of the true status of Afrikaans people in the country as well as its dangerously polarising effect in society.

Afriforum has expressed time and time again that they feel that there is a national 'clampdown' on Afrikaans people particularly on the issue of language. Despite court rulings on making previously Afrikaans-medium universities more inclusive and accessible to a diverse range of students through the use instead of English, Afriforum has continued to reject this. This infuriates me because again, more than point to the preservation of the mother tongue of Afrikaans people, it points towards shunning the integration of black students, who under Apartheid, were barred from attending those particular universities. It strikes such a raw cord because it is for this very reason that we celebrate Youth Day on June 16th. This day commemorates the students who were killed whilst peacefully marching against the Apartheid government because they were being taught in a language that was not their own and one with which they could not relate – Afrikaans.

What troubles me most is how Afriforum has also alluded to creating a state-within-a-state, created solely for Afrikaans people. This is reminiscent of the Apartheid sentiment that promoted different racial groups living 'separately but together' and although it sounds farfetched, trust me, it isn't. Afriforum, under the broader organisation Solidarity, it has its own academic institutions, radio and media organisations, businesses, foundations and legal services which have recently welcomed former State Prosecutor, Advocate Gerrie Nel.

On the whole, Afriforum appears to have been born out of victimhood and struggle—both of which have been inflated far beyond reality as it truly is. If they truly are committed to being a genuine civil rights group, then they must do some serious introspection about how they can legitimately advocate for the rights of Afrikaans people and preserve their culture in a way that doesn't undo the headway we've made since Apartheid and the headway we still need to make in the years to come. If anything, the Huffington Post SA saga should be a valid starting point for constructive conversation and not another sword for them to wield.