Afrikan Boy Stands Up For Immigrants In 'Border Business' 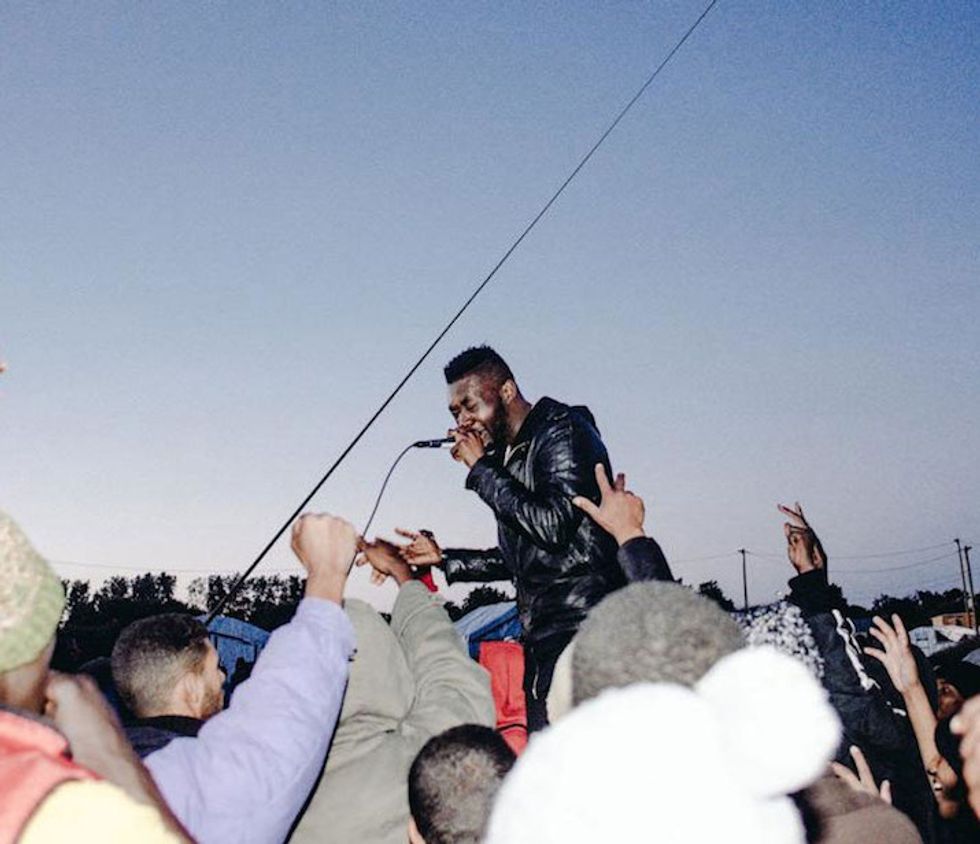 Afrikan Boy tackles immigration issues and discusses his experience performing at a refugee camp in Calais with his latest single "Border Business."

Afrikan Boy boldly addresses the on-going issues facing migrants in his latest release "Border Business." The rapper highlights the social and financial struggles that surround immigration by delivering his rhymes from the perspective of a Nigerian immigrant in London, "I'm still a refugee, slave to the currency that deceives me" raps Afrikan Boy. He goes on to express the hardships of having an unfavorable, low-paying job and describes feeling like an outsider in his new home. “When immigrants come to the UK, most of them are willing to work jobs that British citizens like myself are not willing to do. The lyrics to 'Border Business' are just about representing that point of view," mentions the afro-grime MC. The song is colorful and upbeat despite its heavy subject matter and ends on an optimistic note, "never be afraid to live your life, life is a blank check and I'll sign it how the fuck I like."

Afrikan Boy recently performed at a refugee camp in Calais, France which currently holds 4,000 displaced persons from various countries. He spoke about the experience in an interview with Noisey and gave some background on the origins of "Border Business." "I wrote "Border Business" around 2008 / 2009 and it came up on an EP called What Took You So Long that I made when I was studying for my degree. I didn't write it as a response to the current climate. I wrote it because the situation has always been happening. Music has always been my visa. If I hadn't made music then I wouldn't have been invited to come to Calais to play and then write more music that relates to that situation. Music has always been my school of discovery and it is my source of connection," says the rapper. Listen to the track below, for more from Afrikan Boy, check out his latest album The ABCD.

Update 11/30: Watch the Calais-shot music video for "Border Business" below.