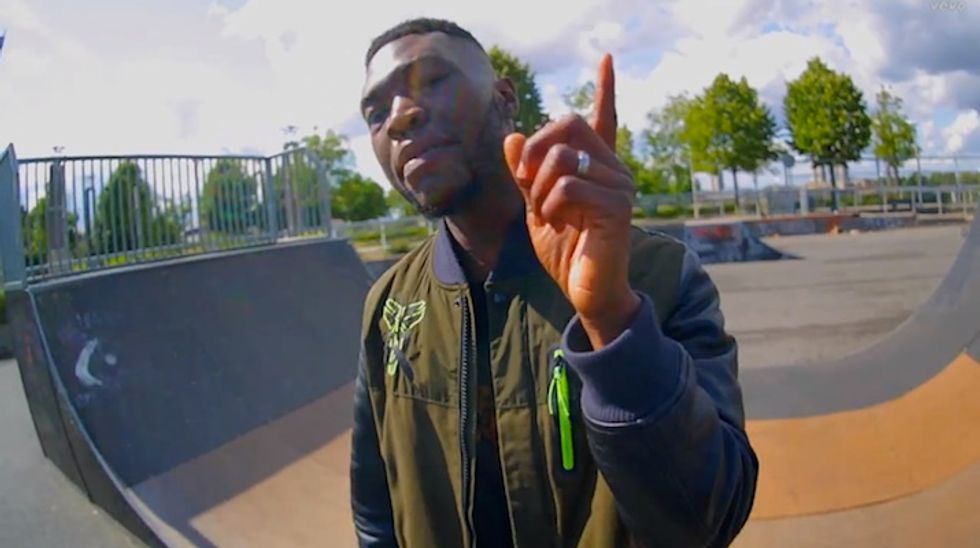 Watch Afrikan Boy play news anchor as he broadcasts his daily mantra in the music video for "Y.A.M."

Afrikan Boy reports from the streets of London in the music video for "Y.A.M.", his flipped, motivational take on going HAM. "Y.A.M." is "an acronym for whatever you want it to mean," he told Okayafrica TV earlier this year,  "I define it as Young, Ambitious, and Motivated, others define it and Young And Married, others define it as Young African Mothers. It's just a day-to-day mantra, instead of we go HAM, we go Y.A.M." In the video, Afrikan Boy plays a news anchor as he broadcasts his life motto to the faces of London. The "Y.A.M." single will be out globally November 10 with remixes from DJ Elo Marton (Irie Maffia) and KonradOldMoney. Afrikan Boy's upcoming album The ABCD, which will include "Y.A.M." and the previously featured "Dear Mama" and "Hit Em Up," is available for iTunes pre-order now and due November 24 in North America.