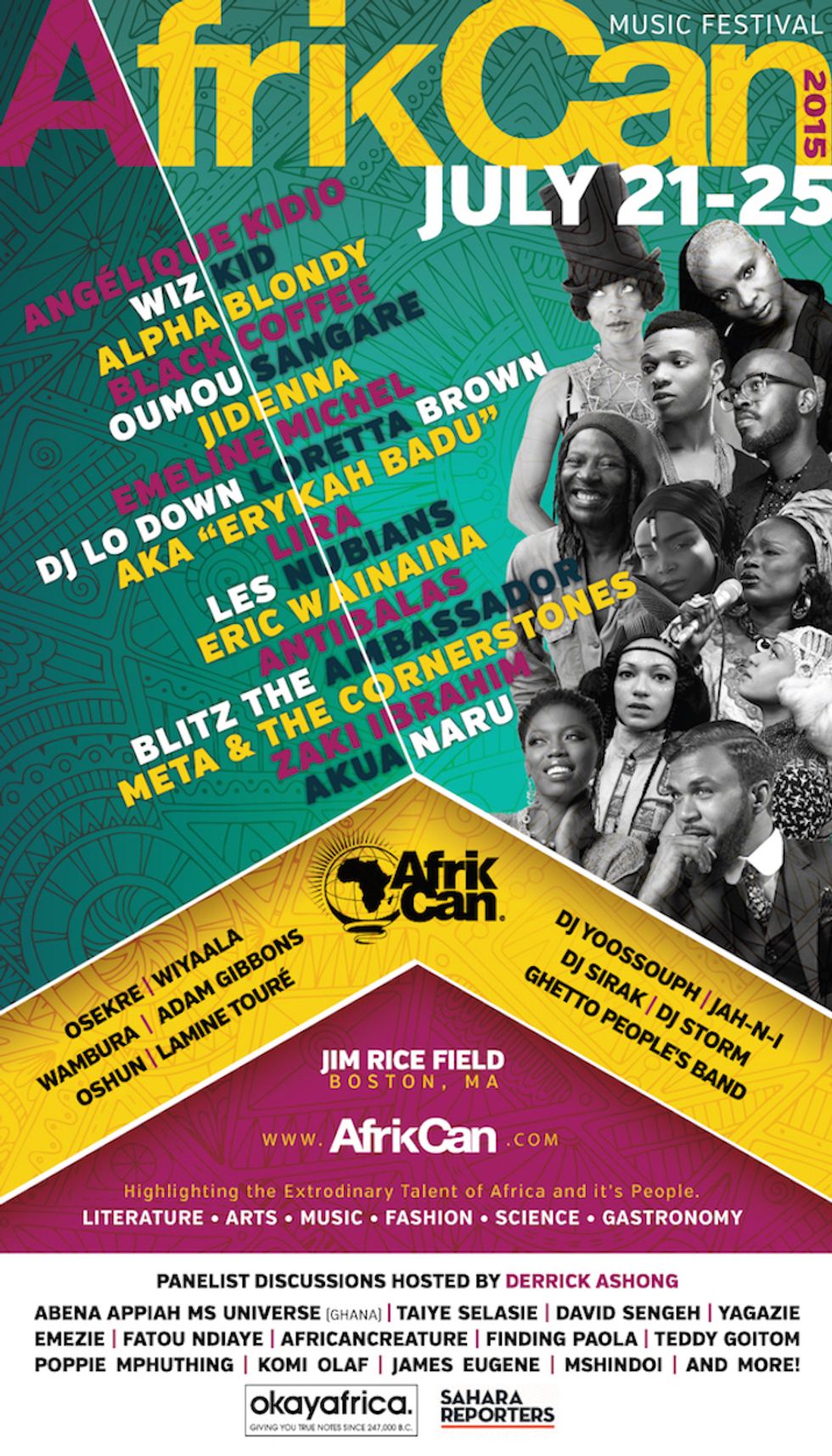 Update 7/16: The Afrikcan Festival has been postponed. A representative sent the following press statement, "The AfrikCan Festival has been postponed until September 9-13. Additional details will be forthcoming in the next 24 hours. Many of the artists have already confirmed participation in the September festival. Others will continue to be confirmed in the coming days."

“I grew up in Senegal, and there were three huge things in our culture: food, fashion and music,” mentions AfrikCan founder Marie-Claude Mendy, "That was in Dakar, but [it's] like that all over Africa. That’s what we’re showing here, we’re representing all the regions of the continent, from Dakar to Dar es Salaam, from the Cape to Cairo.” Osekre, a featured artist as well as a curator of the festival adds, "There’s a big movement toward African unity, at home and abroad. We want to connect the Pan-Africanist and Afropolitan generations, the young and the established. The voices are all relevant, they have something to say to one another. We’re bridging gaps."

Check out the festival's full line-up and schedule over at the AfrikCan website and watch videos from some of the headliners below. Tickets are available for individual nights, weekend passes or full 5-day passes.