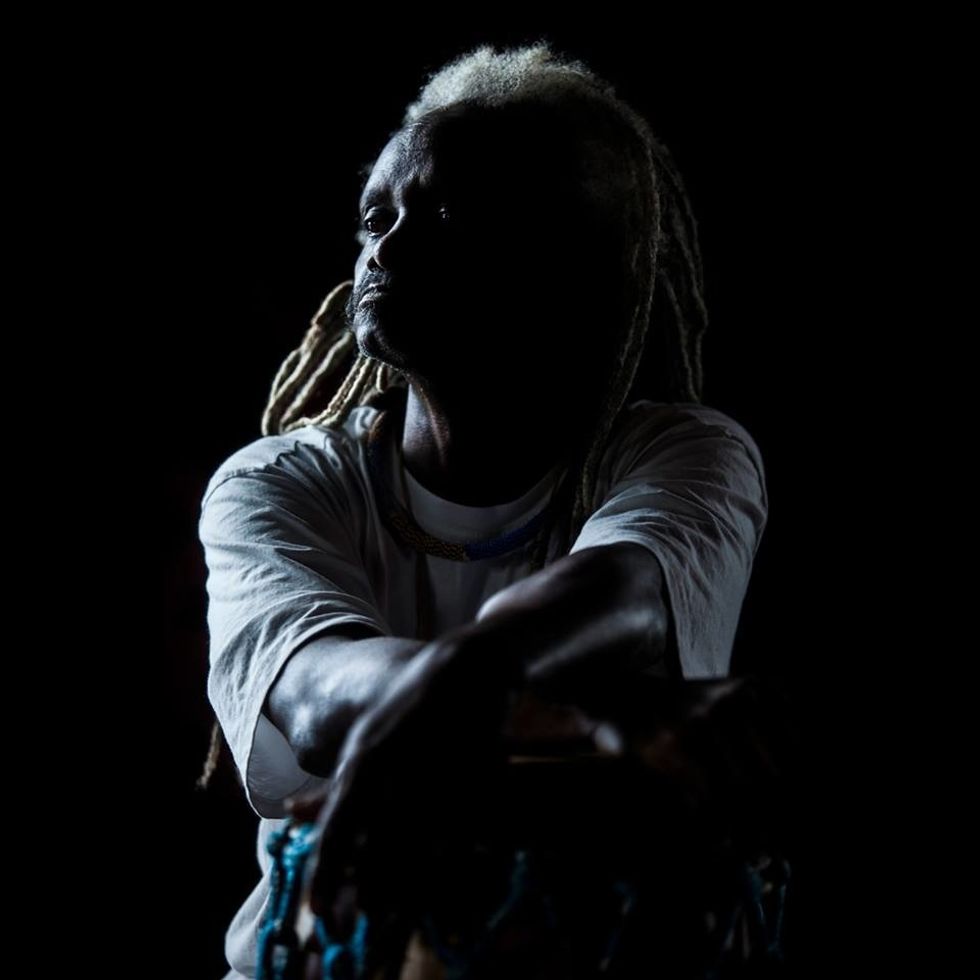 Mestre Moa de Katendê—a capoeira master and advocate for Afro-Brazilians—was killed after saying he would not support hard-right candidate for president, Jair Bolsonaro.

Locals knew Rosário as Mestre Moa de Katendê in his Salvador neighborhood. He was a capoeira master and he traveled around the world promoting Afro-Brazilian culture.

But not everyone was happy.

Paulo Sergio Ferreira de Santana, 36, arrived at the bar around 10:30 pm, clearly agitated. Ferreira initiated a tense political debate with Moa, arguing for Jair Bolsonaro to be the change that Brazil needs. Moa cautioned the younger man to consider black Brazilians' long struggle for freedom. Patrons in the bar cautioned the black barber to regard the elder Moa's historical perspective, causing him to storm out. The bar's crowd had returned to its jovial mood when Ferreira crept back with a knife and suddenly stabbed Moa 12 times in the back. Moa bled to death.

With those 12 blows, the petite Afro-Brazilian pioneer was killed by a political fanatic.

"Moa was an incredible artist, a talent recognized throughout the world. He played capoeira, danced and composed. It's an immense loss for the culture of Bahia and of Brazil," said Antônio Carlos dos Santos from Vovô do Ilê Aiyê, the largest Afro-bloco in Bahia, said to the BBC.

Mestre Moa is the first murder victim of an extreme right mentality which has exploded in Brazil in recent years thanks to Bolsonaro. Many Afro-Brazilians expect violence to increase if Bolsonaro is elected in the second round on October 28.

Bolsonaro, a congressman from Rio de Janeiro, has promoted fascist and racist ideas for the last 27 years. He said that Afro-Brazilians in quilombos, black rural communities that have had limited contact with cities, don't contribute to Brazil. Africans, he says, fled to Brazil to escape slavery, claiming that the Portuguese never set foot in Africa. He yearns for the return of Brazil's military dictatorship and denigrates women and LGBTQ people.

Bolsonaro's popularity exploded in the last two years, with him amassing a loyal fan base of more than 7 million social media followers. In the days following Mestre Moa's death, WhatsApp groups in support of Bolsonaro shared a photo of Moa sprawled on the floor of the bar in a pool of blood. The cornerstone of Bolsonaro's presidential campaign is zero tolerance for crime, yet when asked about Moa's death, Bolsonaro responded that while he felt sorry, he could not control his followers.

Moa grew up in Dique Pequeno in Salvador, and as a young kid, he studied capoeira with Mestre Beto Gogó. At the age of eight, he was initiated into his aunt's Candomblé worship center—Ilê Axé Omin Bain. As he grew older, he became a capoeira teacher for young kids and even participated in a folk dance troupe. Mestre Moa accompanied the explosion of Afro-Blocos in Salvador in the 70s. During carnival, Afro-Blocos bolster Afro-Brazilian heritage through their music and dance. In 1977, Mestre Moa won Ilê Aiyê's songwriting contest with the song Badauê. Even after 40 years, Badauê is still one of Ilê Aiyê's most popular songs. Afoxé groups, which have an even longer history in Salvador, express the Candomblé religion on the street during carnival. In 1994 Moa launched the Amigos do Katendê Afoxé group, igniting the renaissance of Afoxê groups in the 90s.

"His importance is indescribable because, in addition to sharing capoeira and Afro-Brazilian music with the world, he taught his own community about the importance of Afro-Blocos and Afoxés for black empowerment in Brazil," Jean Nogueira, a former capoeira student of Moa's told OkayAfrica. "He will always be remembered here."

Nogueira attended Mestre Moa's interment in Salvador and shared a video of it on social media.

"Moa was my friend and he was one of the central figures in the growth of Afro-Blocos in Salvador," Veloso said. "I fought for him. As the founder of Badauê, as a song composer and a master of capoeira, Moa lived the real history of this city and of this country."

On Wednesday night Mestre Moa admirers, students, and peers, honored him in Pelourinho with an homage filled with dancing and berimbau music. Moa was a familiar figure in the neighborhood, often strolling the cobblestone streets with his berimbau on his back.

Attacks motivated by political dissonance continue in Brazil. Since October 1 supporters of Bolsonaro have committed more than 50 attacks across the country. Men beat a transsexual woman in the suburbs of Rio de Janeiro. Students in São Paulo mocked a black professor with racial epithets and drew a swastika on the school. A young woman wearing an #elenão sticker on her backpack reported to the police that she attacked by three strangers who carved a swastika into her stomach.

"Bolsonaro is bringing this terror to Brazil," Nogueira said. "I feel like if he is elected, my life will change."