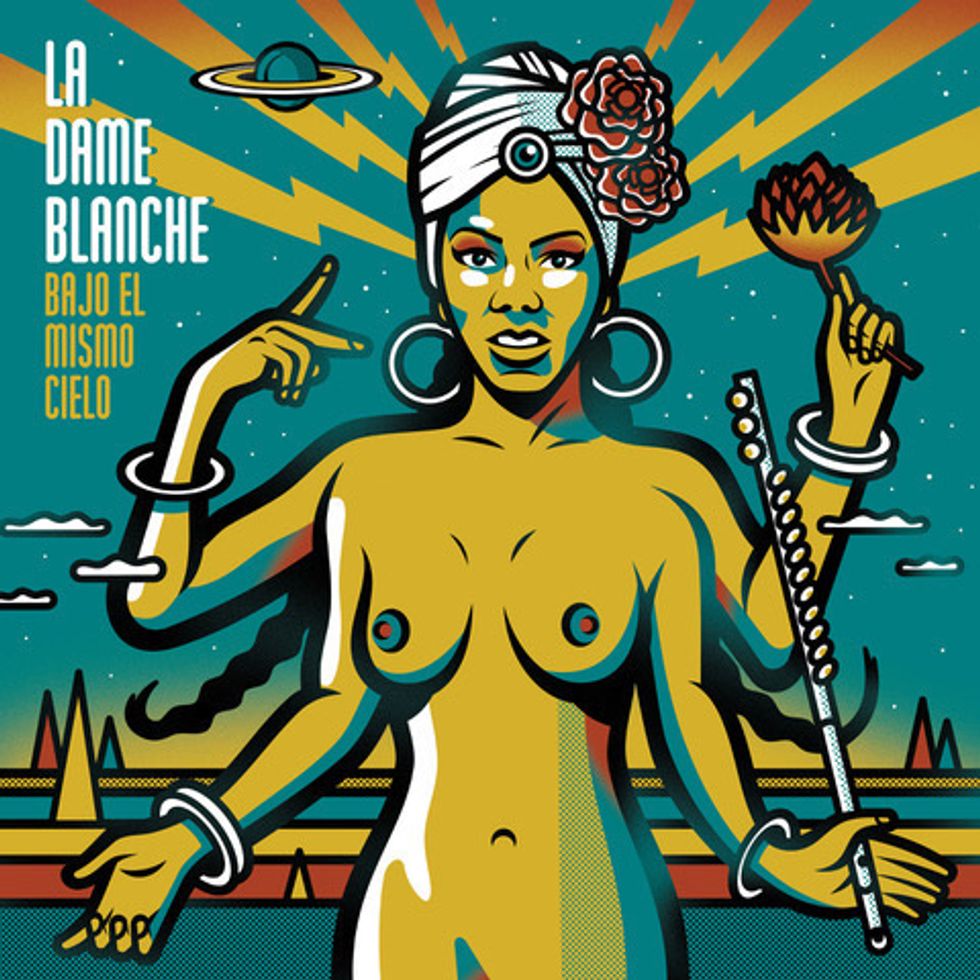 Yaite grew up in a respected musical household in Cuba. Her father, Jesus "Aguaje" Ramos, is a trombonist who serves as the artistic director of the well-known Buena Vista Social Club and plays with the Afro-Cuban All Stars.

La Dame Blanche is now readying the release of her third album, Bajo El Mismo Cielo, due May 25 from Nacional Records. She's sharing the premiere of her latest single, "No Da Para Na," with us here today.

"No Da Para Na" is a booming track about Yaite's surroundings and environment growing up in Marina Pinar del Río, "where a nest of characters inhabited, nourished, and influenced her life," her label explains.

"A short street adorned by defective houses in which people lived out of the ordinary... Crazies, lawyers, musicians, doctors, players, criminals, gossipers, spiritualists ... A place with a heart and its own identity, where they developed their own language with phrases locals like "Este cuerpo no da para na" (This body does not give no more') or "tengo la muerte encima declara" (I have death declared) or "ese sillón está roto" (That chair is broken) (translation: That person is completely drunk). A place where you simply have to have patience and be open in spirit to understand this daily scenario so out of context."

"Cansada pero no vencida… Sentirse cansada no es una acto de debilidad, es la pausa para continuar," La Dame Blanche writes to OkayAfrica about the song, which tranlates to "Tired but not beaten ... Feeling tired is not an act of weakness, it's the pause before continuing."

Listen to La Dame Blanche's "No Da Para Na" below.