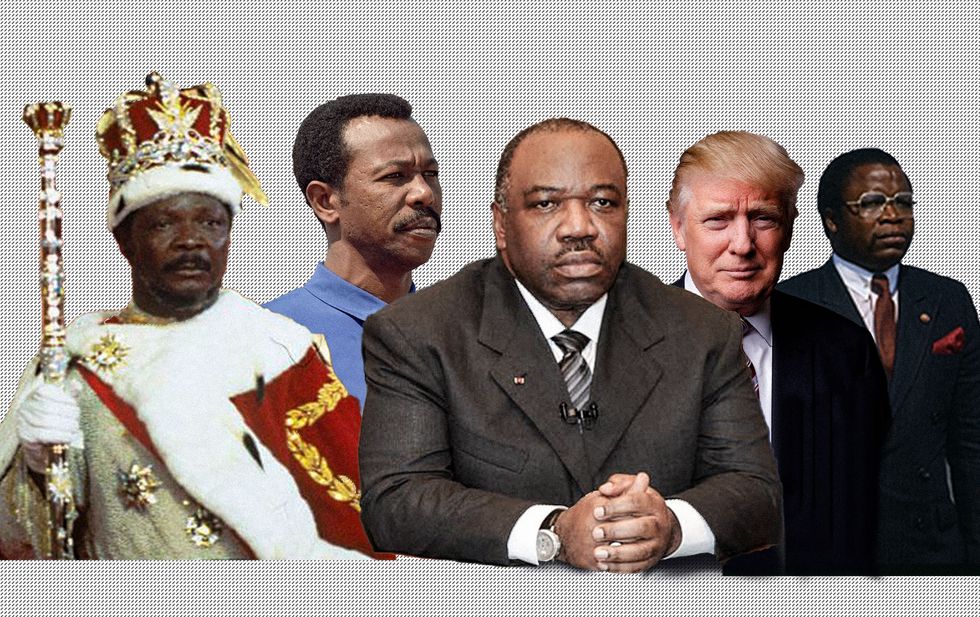 Are you an African immigrant worried about Trump? Here are 4 tips for surviving and perhaps even thriving these tyrannical times.

Are you an African immigrant? Are you anxious about President Donald Trump’s rhetoric about immigrants? Do you worry that your American dream will not manifest? Do you worry about that sibling, cousin or friend who asylum claim was rejected, and they were ordered removed? If your nerves are rattled by the increasingly nativist sentiments sweeping across our Western host countries, rest assured, you are not alone. You do not require preternatural attributes to survive this moment in the life of a flailing empire; after all, there are those among you who have survived circumstances that in some ways makes this moment feel like a dress rehearsal for a tragicomedy.

Yes, I am talking to you, close and distant survivors of the wars in Angola, Biafra, and Mozambique; you, exiles of Mengistu, Bokassa, Doe and Amin; you, who fled apartheid its wars on the front-line states; you, former lost boys and girls of the Sudan, Liberia and Sierra Leone; you, who grew up under the menacing stare of Eyadema, Moi and Biya; you, who still carries the burden of Nkrumah’s shortcomings; you, who rather flee than worship in Bongo and Mubarak’s altar; and you, refugee of the post-Mobutu Great Lakes wars.

This guide on how to survive America’s 45th President is for you.

You, the Afropolitan having stomach cramps that this administration’s policies might disrupt your next trip to dance to DJ Bantu Futurist spin the latest Afropop at Juju lounge somewhere across the Atlantic. Well, if a protest blocks that next flight, treat yourself to nature’s cheapest remedy—laughter. Even if you didn’t grow up watching The New Masquerade, the popular Nigerian Television Network sitcom, which ran in the 1980s, go on a treasure hunt on YouTube. Then play a game of trying to imagine the current administration as a less fictive reincarnation of ZebrudayaOkoroigweNwogbo, alias 4:30’s household. Assign each of the president’s men to your favorite cast members. Who in this administration will make an ideal JegedeSokoya? Are there any similarities between Clarus Mbojikwe and Steve Bannon? Play a game of trying to cast Ovularia. Who Chief would have bombed in the strife-filled Africa of the 1980s; Mobutu, Savimbi or Botha?

Music is a weapon.

Unfortunately for you, laughter alone might not suffice to sustain your sanity in this moment of infinite news cycles, status updates, and trending topics, and their accompanying reminders of an impending armageddon. Fortunately for you, the African musical pantheon is overflowing with enough material to sooth your frayed nerves in this age of resurging nationalism in the metropoles—as the pre-independence generation folks would say. Dig out Prince Nico Mbarga & Rocafil Jazz’s Aki Special from your proverbial record crate. You’d be amazed how platitudes like this life is wonderful over a funk beat can relief from that creeping feeling situated somewhere between angst and anxiety that overwhelms as you scroll down your Twitter feed. But if banalities cause you melancholy, and the kind of mental constipation that makes you want to reach for a Fela record, put C.B.B (Confusion Break Bone). Listen to it until you feel dizzy.

But you and I know that you can’t sing and dance our way out of these uncertain times in your host country without plenty of food in your stomach. You, the non-Afropolitan (which I just made up) who eats a plate of water-fufu and eru, washes it down with some Heineken, then less than an hour later, attacks a plate of garri and egusi soup without shame, this is your moment to eat yourself out of anxiety. Life is short, and everything about this administration makes it seem like it could be shorter so as you hustle your way through the day, week, and month to keep roof over your head, Western Union transfers, college loan payments, consider this lesson attributed to the Ewe; when the snake is in the house, one need not discuss the matter at length. Instead of using that mouth of yours to grumble about matters of which you have no control over, put it to good use with some eba or injera; fill it with some mbuzimchuzi or jollof rice, and live your life like there is no tomorrow. In his poem "Be Drunk," Charles Baudelaire writes; "as not to be the martyred slaves of time, be drunk, be continually drunk! On wine, on poetry or on virtue as you wish." Dear African, be drunk on food!

Eventually, you’ll have to wake up from the food induced nap to face an administration, which in less than 100 days has demonstrated it will never cultivate your friendship; that is unless you reside in the sunken place and are content to live there. If you aren’t, this is the moment to invoke your inner Eshu; trust me, you’ll find yourself in contexts that would require you to become Anansi. Like the tortoise of old, you’ll have to learn to know when to crawl, and when to retreat under your shelf. Nonetheless, stay woke.

Kangsen Feka Wakai is a Washington, D.C based poet, journalist and writer. Find him on Twitter @Kfwakai