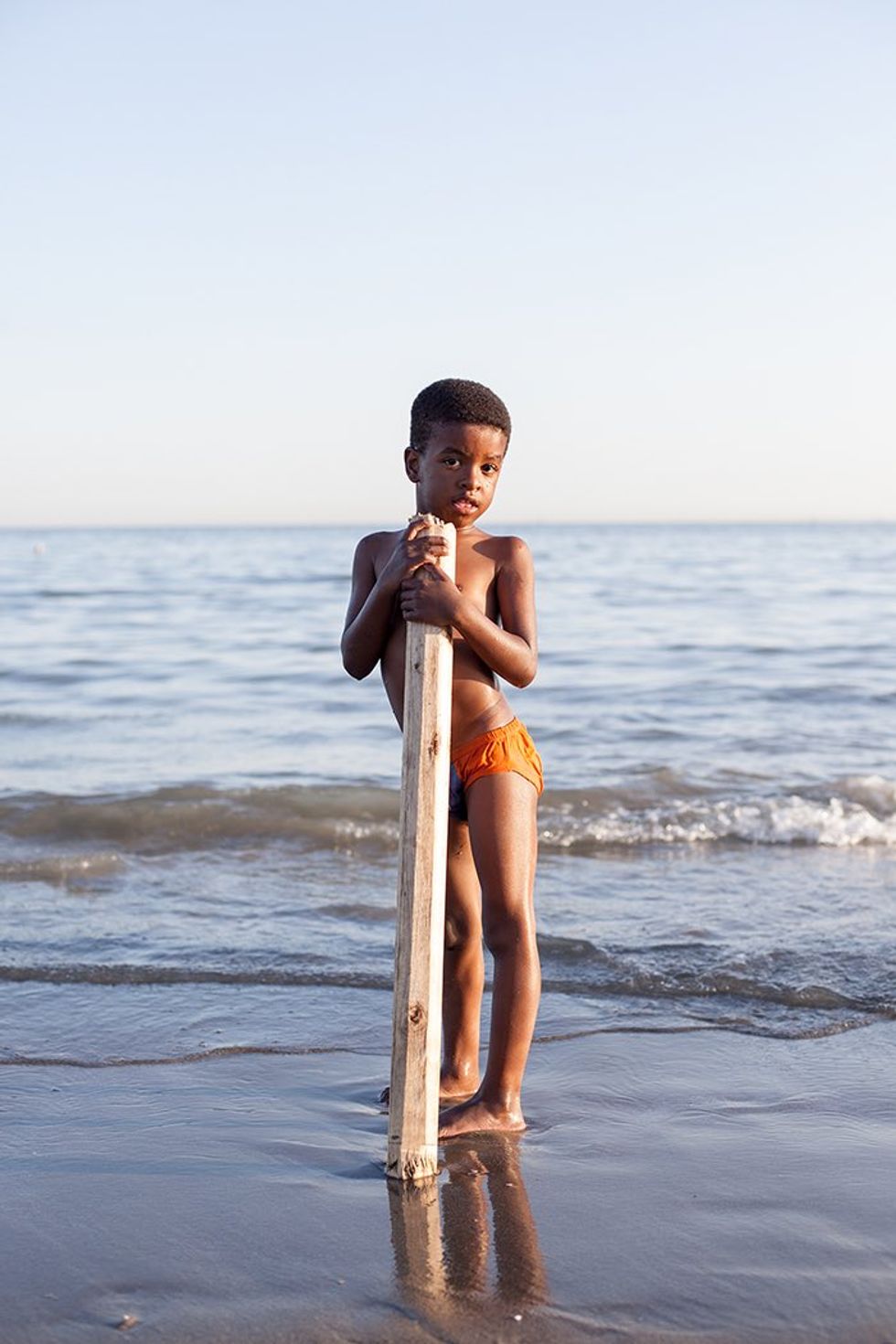 All images courtesy of Mahdi Ehsaei

Afro-Iran: The Unknown Minority is a new photo essay by photographer Mahdi Ehsaei that documents Iranian communities of African descent along the Persian Gulf. Images from the series were taken in the Iranian port city of Bandar Abbas, a major slave post where thousands of enslaved Africans were sold to wealthy Persian families as servants, wet nurses and concubines. After slavery was officially abolished in Iran in 1928, the southern province became home to the descendants of these enslaved Africans as well as African sailors who settled in the region to find work.

Born in Germany to Iranian parents, Ehsaei told Thought Catalog in a recent interview that the "complexities of his dual heritage" formed the foundation for his growing interest in lesser-known facets of Iranian culture. With this project, Ehsaei hopes to bring Afro-Iranian communities that have existed on the fringes of mainstream Iranian society to the fore. In order to achieve this, Ehsaei has launched a Kickstarter campaign to produce a photo book that compiles portraits and essays from his travels. In an accompanying statement, he says:

"Afro-Iran shows a side of Iran, which is widely unknown even to Iranians: a minority of people who influenced the culture of a whole region by continuing their African heritage with their clothing style, their music, their dance and their oral traditions and rituals. The traditional and historical region with one of Iran’s most ethnically diverse populations is framed with unique landscapes. The photo book shows fascinating portraits which are not typical for the common picture of Iran. Afro-Iran reveals details documenting a centuries-long history of a community, which is often overlooked in Iran’s history, but which has even shaped the culture in Southern Iran."

Mahdi Ehsaei's Afro-Iran: The Unknown Minority is currently available for pre-order. Head here for more images from the series.