The next installment of Afro Nation is set to hit the Caribbean when it comes to Puerto Rico in March 2020. After a sold-out festival in Portugal this summer, it looks like this edition won't disappoint.

The "world's number one beach festival" will last for four days in the Caribbean paradise. This is just the first wave of artists to be announced, expect many more to be added to the list and showcase the variety of artistic skill and overall dopeness coming from the continent and the diaspora.

In a time when the world is being taken by an African music storm, this festival seems to hold some of the biggest names in the industry. The talent on the roaster display a variety of styles from afrobeats to dancehall, reggae to rap and R&B to experimental. It is the first global traveling festival of its kind focusing on "#BlackExcellence and good vibes," according to their press release. Pre-sale tickets go on sale this Thursday, November 7th, and general tickets the following day on November 8th.

Get tickets as soon as you can—remember the last edition sold out! Check the trailer and playlist for the festival below.

UPDATE 01/30/2020: The 4th wave of artists for this year's Afro Nation lineup have been announced, and includes Wizkid, Yemi Alade, Mavado, Naira Marley, Rick Ross and more. Check out the updated line up below. 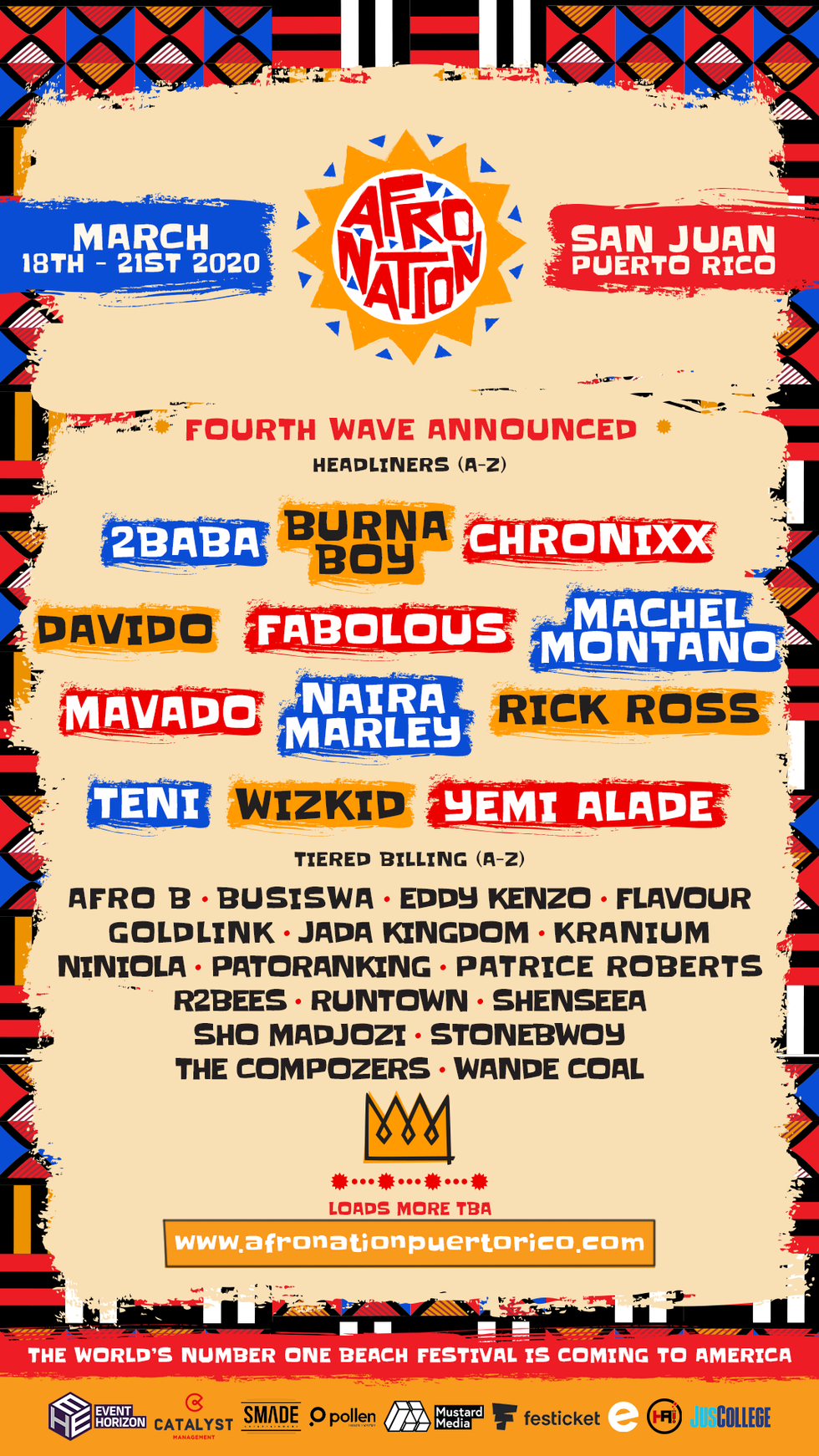 Here are the best tracks that came out of the buzzing Nigerian scene in March.