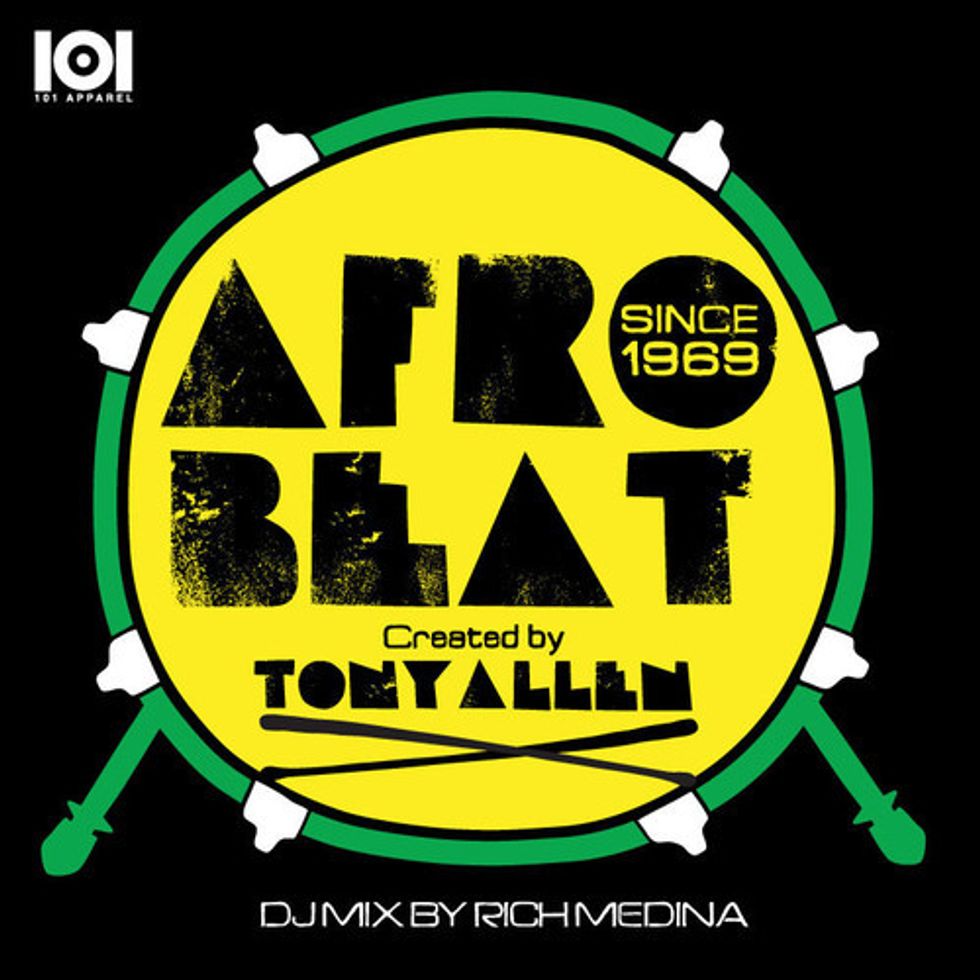 Rich Medina recently dropped this hour-long Afrobeat Since 1969: Created By Tony Allen mix for clothing label 101 Apparel. The mix, an ode to afrobeat co-creator & percussion pioneer Tony Allen, sees Medina navigating through a host of highly complex, horn-backed afrobeat drum patterns from the master himself. Here's what Okayplayer had to say about Rich's mix on Mixtape Monday:

Rich Medina is kinda like the inventor of afrobeat–at least as far as East Coast hip-hop heads dancing to it is concerned–both in mixtape form and at his Jump n’ Funk residency he has provided a master class for anybody willing to wind their clock. This new mix for 101 Apparel applies a slightly different filter on the canon by focusing on the work of drumgod (and actual afrobeat inventor) Tony Allen.

For more from Rich Medina check out his Africa In Your Earbuds mixtape from a bit back. Tony Allen is prepping the release of his Film Of Life LP (due in October), you can hear the album's Damon Albarn-featuring lead single over here. Stream and download Rich Medina's Afrobeat Since 1969: Created By Tony Allen for 101 Apparel below.