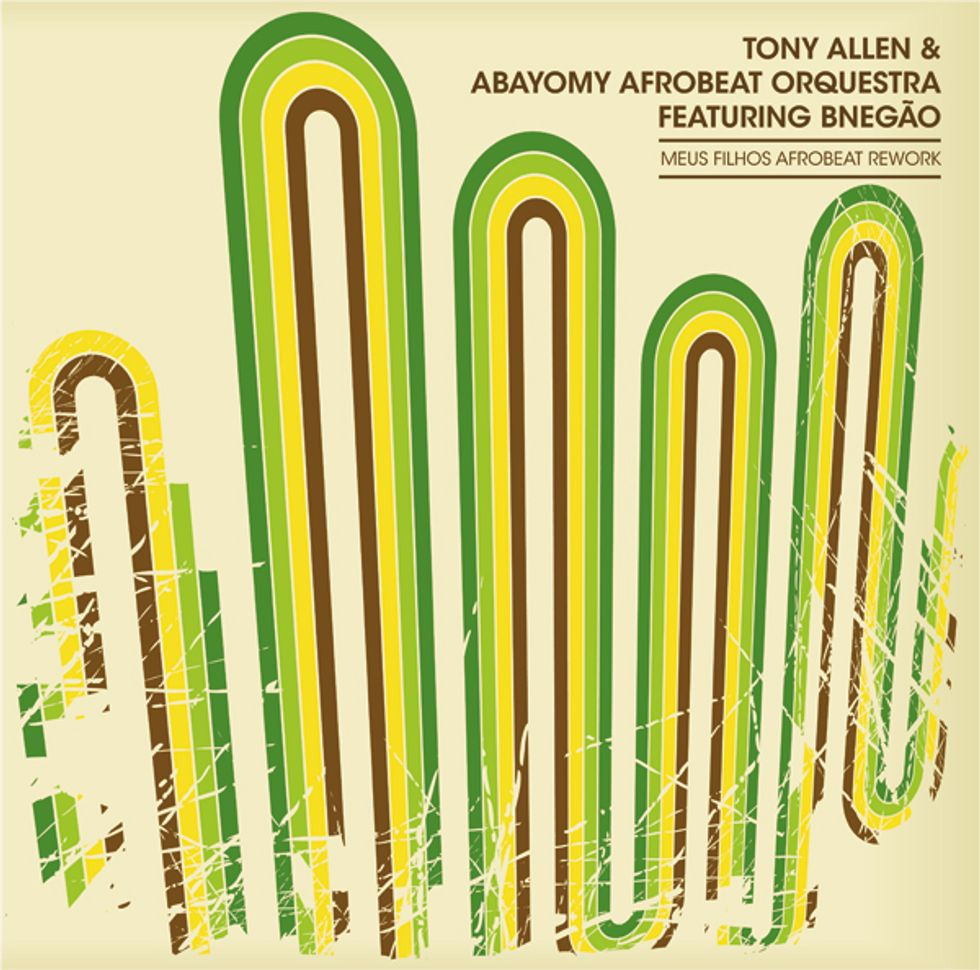 Last summer, as afrobeat pioneer/drummer to Fela for over a decade Tony Allen brought his band on a tour of Brazil, one of those rare-but-awesome organic musical collaborations emerged as a cover of Jorge Ben's Brazilian funk/samba classic "Meus Filhos" with Abayomy Afrobeat Orquestra featuring BNegao, now available through Comet Records on 10" record. "Meus Filhos" — which translates to 'my children' in Portuguese — is intended to celebrate the cultural lineage of African music in Brazil, and certainly does that legacy justice with its afrobeat rework of the original. While the new track is highly enjoyable in its own right, the ease of translation from one genre to the next should come as no surprise — Brazilian music has long been rooted in the Afrobeat traditions of the home continent, and the South American country boasts the largest population of peoples of the African diaspora in the world. Listen to "Meus Filhos" below and purchase the 10" record via Comet.